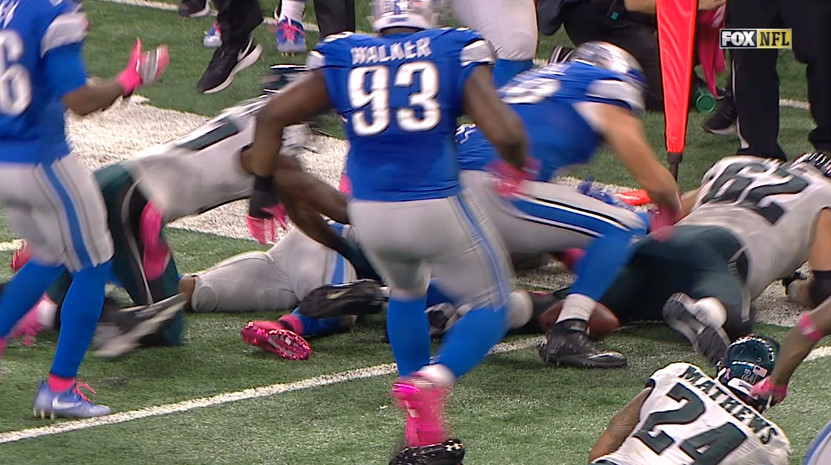 A loss is a loss is a loss and it sucks. The Eagles can’t get yesterday’s game back, but there was a good amount of time spent by the referees and the fans analyzing Ryan Mathews’ fourth quarter fumble and whether it was touched by a player out of bounds.

Here’s what FOX showed on the air right after the fumble.

You could make a case the football changed direction after hitting Kelce’s leg, which was after the Lions players tried knocking it back to prevent it from going out of bounds. If the ball did indeed touch Kelce’s leg, it would’ve been a dead ball since Kelce was out of bounds at that moment.

The referees ruled the play inconclusive to overturn the ruling on the field, so the Lions got the ball and wound wind up kicking a field goal to ultimately win the game. There’s a lot to nitpick in this loss: the defense, Mathews’ fumble, and, of course, the referees.

If I had to blame something, I’d point to the fumble. The defense overcame a terrible first half and gave the Eagles a chance to win in the second half. Carson Wentz brought his team back, though his last decision of the game was a poor one. Mathews has been a fumbling machine his entire career, so it doesn’t surprise me whenever he fumbles. So, yeah, let’s blame him.