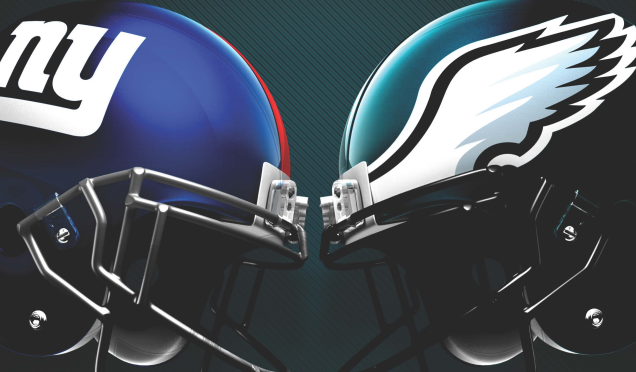 Short weeks suck. But we’re still here, giving you our predictions of what we believe will happen tonight.

Candis McLean:
The great Nino Brown said, “Money talks and BS runs a marathon.” You can keep the storylines of Lane and Sproles’ return, hard-fought losses, and game plans for our tight ends. I know cross country running nonsense when I see it. Our pure lack of talent at skill positions will be sorrowfully apparent yet again. I know we can’t cover Odell because I have eyes, the Giants defense is playing stout and outstanding football, and Doug’s play calling is horrifying. This will be another week of watching Wentzworld as I pray for the season to end so we can draft dynamic playmaker of our own.

Tyler Trumbauer:
The Eagles had a long shot to make the playoffs heading into last week. There was a laundry list of outcomes that needed to happen. In an interesting turn of events, the everything that needed to happen, did happen, except for the Eagles winning, and now the birds are mathematically eliminated. The team does get Lane Johnson back from suspension this week, which will bring a stability to the line that it hasn’t had since Johnson was served the suspension. It is a short week for both teams and Thursday Night football is traditional sloppy. It is in the Linc, but a Giants win makes things so much easier for the G-Men in terms of a postseason berth, so I think Eli Manning and company head home winners.

Tony Cutillo:
Is there anything left for the Birds this year? So Lane Johnson is back and Carson Wentz showed he has what it takes to drive his team down the field in a pressure situation and win a game. What else is left?

Doug Pederson continues to show he needs to take a trip down the yellow brick road and ask the Wizard for some gameday knowledge, while Jim Schwartz hasn’t given us our fire on defense since Week 3. Sorry people, I am just stating the facts. I am undeniably scared about the future of the franchise under this ownership and two meaningless wins to close out the season will not ease the pain. Taking the Giants here, who have way more to play for than the Birds.

Ray Hagan:
I said last week that I think the Eagles will win each of the last two games. I’m sticking to that. They played both New York and Dallas tough in their first meetings. They showed last week against Baltimore that they haven’t quit. The numbers don’t say they should win. The recent play of the two teams doesn’t say the Eagles should win, yet I believe that they will.

There is literally no reason to think that they win except “gut feeling”. I believe that they’ll struggle at times, but I think that the Birds will pull out the unlikely victory in this one.

Dave Uram:
New York is on a mission to end a long playoff drought. Their defense is playing well and their offense is dangerous with wide receiver threats in Odell Beckham, Jr., Sterling Shephard and Victor Cruz. I believe both of the Giants’ units will be too much for the Eagles, who just aren’t good enough in terms of player personnel and coaching. Tonight is going to be ugly.

Adrian Fedkiw:
It’s a must-win for the Giants if they still want to remain in the NFC East race, but they’d need to win their final two games and for the Cowboys to lose out. I expect the Eagles to put up a good fight like they have been the last two weeks, but I still think they fall short.

Sean Brace:
There are two games left in the season and we’re still fighting. Even though the Eagles lost last week to the Ravens, there was plenty of fight. I believe this will continue through the final two weeks. The Giants are a decent squad, but nothing to fear. I do believe OBJ will have a big game, but the Eagles will hang tight. For some reason, I’m feeling a close game that, of course, can go either way. GIVE ME THE BIRDS!

Nick Piccone:
I generally don’t subscribe to the whole 1-1 split record against division opponents each year that so many pundits like to predict. We’ve seen the Eagles dominate the Giants the last few years, play about even with the Cowboys and get dominated by the Redskins. It’s hard to predict this one, given the Eagles haven’t played terribly since Week 13 in Cincinnati, and the Giants aren’t exactly in a must-win situation, sitting pretty at 10-4. Still, I’m sure they’d like to clinch a playoff berth, and will do everything in their power to do so. However, I think this is the week the Eagles break through and get that elusive W. There’s no science behind my pick – just pure, unadulterated hope that the Eagles can win at least another game this season.