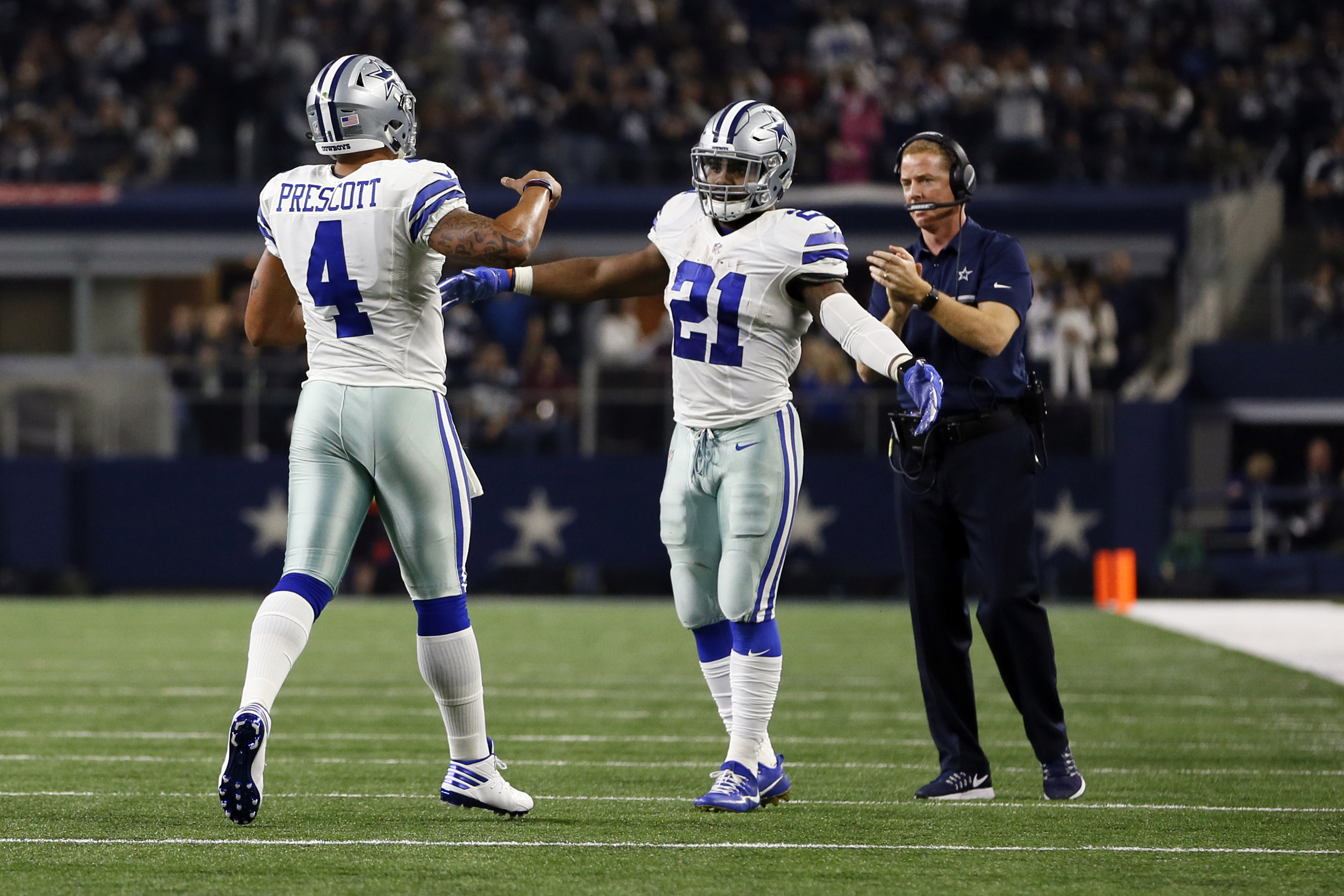 Hello ladies and gentlemen, welcome to another round of Beat of the NFC East. Let’s review the predictions. After last week, I’m sitting at 15-10-1 with winners and losers and 12-14 against the spread after a 1-2 straight up and a 2-1 against the spread in Week 15. It was business as usual with missing the Redskins game again. I picked them as a winner with a pretty substantial spread, and instead they lost outright. Go figure.

The aforementioned ‘Skins fell in defeat to the Carolina Panthers outright on Monday night. It was a game that the Redskins really needed to bolster their playoff hopes. The offense had been clicking, so of course they hung 15 points and lost. As frustrating as it is being an Eagles fan right now, I can’t imagine what it might be like to be a Redskins fan. I’ve been following this team for the purposes of this column and I find them to be insanely vexing. The Giants did what they were supposed to do. The defense clamped down on a fraudulent Detroit Lions team and the guy who has no business in the MVP discussion, Matthew Stafford, did just short of nothing. Dallas laid the wood to Tampa Bay with a six-point win. I thought the Buccaneers would win outright – which they didn’t – but they did manager to cover for me. Watching the game, it just felt to me like Jameis Winston was pressing a little more than usual. He looked off, and this was a razor thin loss where a sharp Winston could have made a huge difference.

Ezekiel Elliott ran roughshod all over the Buccaneers in Week 15. I said last week he’s the MVP of the league, even though writers are likely going to hand that honor to Tom Brady or Derek Carr because they are quarterbacks and that’s the premier position in the NFL. But Zeke is the most valuable player in the league this year. The Patriots went 3-1 without Brady. I don’t think the Cowboys would be playing anywhere near the level they’re at without Elliott. Detroit has the look of a one and done team in the playoffs. I have less than no respect for them. Stafford’s been riding a great start to the season to unwarranted MVP talk and Jim Caldwell doesn’t impress me as a coach. He never has.

How Detroit can win: I said this last week: “Matt Stafford has to play better. He’s got four touchdowns in his last four games and eight in his last seven.” Well, after last week he’s still got four in his last four and now has eight in his last eight. He’s not playing well. He’s lived off of fourth quarter comebacks all year. The thing is that if he’d played better over the last few weeks the Lions wouldn’t be in the position of needing those comebacks. The media is basically hyping up how “clutch” he is at the end of games while glossing over the fact that his subpar play for the first three and a half quarters is what is putting Detroit in the hole to begin with. After starting the first three games of the season with seven touchdowns and two 300+ yard passing performances, he’s got 15 touchdowns and one 300-yard game in the 11 since. This is all going to be on Stafford’s shoulders.

How Dallas can win: Dak Prescott has to play well. He did it last week and Dallas won the game. He was efficient and sharp. We know that Elliott is going to get his; he’s been the one constant on the Dallas team. Do you know how many games he has this year with less than 95 yards and zero touchdowns? The answer is zero. Elliott has exceeded 95 yards rushing or scored a touchdown in every single game. The defense has allowed more than 20 points only once in the last five weeks, so if they can keep clicking Dallas should roll.

The Redskins really hurt themselves with the loss last week. Their playoff chances went from good to not so good in just a week, but they’re not impossible. There are still realistic scenarios in which Washington gets in. They need a Tampa Bay loss or two Atlanta losses. They also need one Green Bay loss or two Detroit losses. If those scenarios hit, they’re in as long as they win out. There are also ways they can get in if they lose this week, but those are much more complex. So if Washington wins out, Tampa and Detroit lose this week, they’re in. Chicago, on the other hand, is out. But Matt Barkley is playing possibly for his NFL life. He’s been playing shockingly well at the helm of Chicago’s offense. He may not end up as a starter there, or anywhere in 2017, but he’s significantly improved his chances of catching on as a backup.

How Chicago can win: Barkley has to continue to roll up yards and touchdowns. He has two 300+ yards passing in his last four games and has six touchdowns over that span. He also has five picks in that same time frame, including three last week. He can’t have that happen. He’s got to be better than that. Jordan Howard has been a revelation. Chicago has a legitimate running back for the future; he’s going to have to play a big part in this game, as well. Alshon Jeffery, who returned last week, is going to give Barkley another weapon. This offense can keep up with Washington, it’s just a question of whether incredibly overrated coach John Fox’s defense can hold up their end of the bargain.

How Washington can win: While they can still make the playoffs with a loss, it’s borderline crippling to their hopes. A home game against a 3-11 Bears team is a must win, should win, will win game. Washington’s margin for error is huge compared to Chicago’s. They’re going to figure out what ailed an offense that didn’t get into the endzone through the air despite Cousins going over 300 yards last week. This is a game that Washington will win handily. I don’t understand why the spread is so small, but Vegas is missing on this one. The Washington path to victory is pretty clear, pressure Barkley, and run their offense as well as they have in many other games. The offense has sputtered scoring fewer points for five straight weeks 42-26-23-22-15. That won’t happen this week. It’s curtains for Chitown.

The Eagles are not a good football team. I think we all know that by now: the quarterback has regressed. The running back corps is decimated. You know that toy with the monkey that bangs the cymbals together? That toy has a better chance of catching a football than an Eagles’ wideout not named Jordan Matthews. Fletcher Cox’s play has been nearly as shoddy as his Concordville Nissan commercials. The cornerbacks couldn’t cover a penny with a tarp. And the coach may have actually had a partial lobotomy during the Week 4 bye week. The Giants on the other hand have been rolling winning eight of their last nine. It hasn’t always been pretty, but they’ve gotten the job done and are sitting at 10-4.

How New York can win: Eli Manning didn’t play well against Detroit, but he’s played much better of late. While others were questioning if Odell Beckham, Jr. was a lesser receiver after a really slow start through the first four weeks this year, this column was pointing out that he’s a notoriously slow starter. Since then, Beckham has had 870 yards in ten games and has ten touchdowns over that span. The Giants have gone 8-2 since Beckham has been, well, himself. This should be a game where all the Giants have to do is show up, and let the defense that has been off the charts good allowing 12.5 PPG over the last four weeks do its thing.

How Philadelphia can win: Since Doug Pederson questioned the effort two weeks ago against the Bengals, the Birds have played with heart and energy the last two weeks against the Redskins and Ravens. They’ve already shown that they can play the Giants tough, so that’s not a big concern here. What worries me is the defense which after starting off so well has allowed fewer than 26 points only once in the last eight games. Still, I think the Eagles aren’t going to go quietly. They will score points despite the depleted offense and poor weapons and despite how well the Giants defense has played. The question is can they score enough? I think Lane Johnson is going to make a big difference on this offense right away.

If betting were legal: Take Philadelphia plus the points.

Want to discuss the column or football in general? Find me on Twitter (@faux_philly). Thanks for reading and have a great weekend of great football!