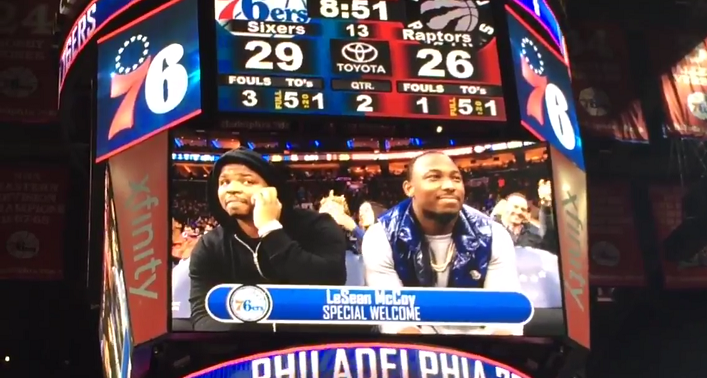 Former Eagles running back LeSean McCoy is at the Wells Fargo Center tonight to watch the Sixers take on the Toronto Raptors. This isn’t the first time he’s been at a Sixers game since he was traded to the Buffalo Bills, and it sounds like a lot of the Philly fans still miss McCoy.

Here’s a video taken at the game, courtesy of CSN’s John Clark.

RELATED: LeSean McCoy and Mike Trout Are at the Sixers Game Tonight

I wonder if he’ll be going to Recess tonight…?