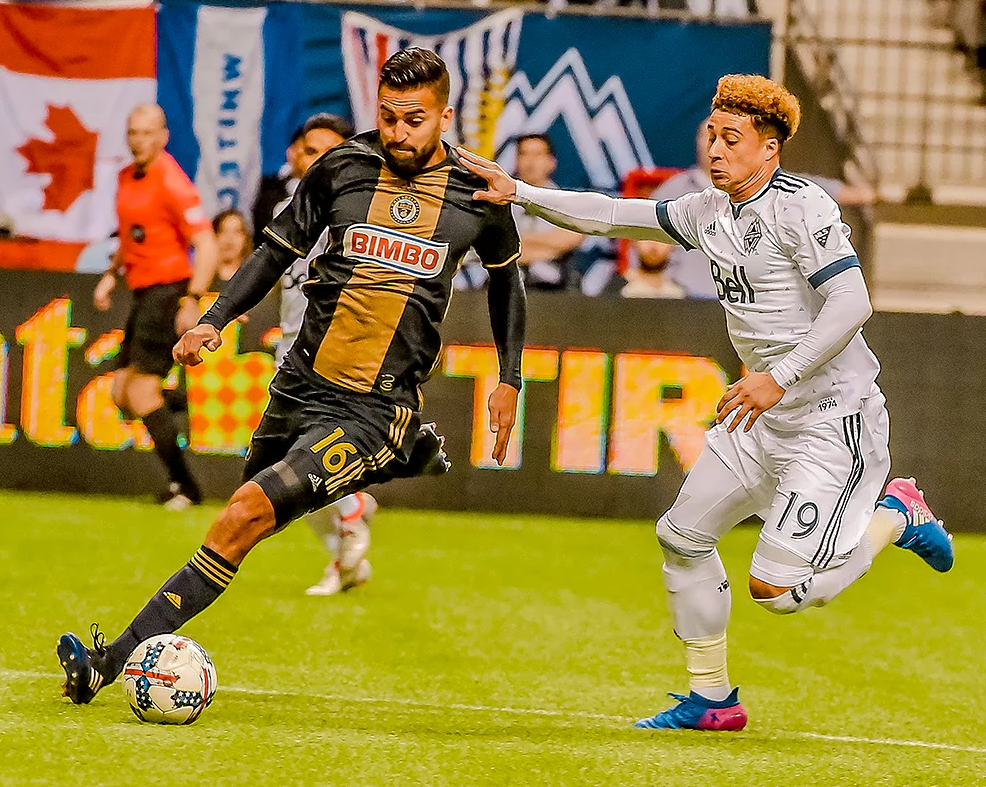 There’s a rule of thumb in soccer that earning a point away from home is looked upon as a good result, while getting a draw at home is largely seen as two points dropped.

By that logic, the Union left Vancouver with a valuable point after battling a pacy Whitecaps FC squad to a scoreless draw on Sunday night.

Jones, the 20-year-old homegrown signing, became the first Union player to make it all the way through the club’s “path to the pros” and start for the big club. He featured for the academy club, played for Bethlehem Steel FC last season, and was the Union’s best player last night.

With expectations at an all-time high for the Union, the club started brightly, knocking the ball around well and putting the Whitecaps under some pressure. There weren’t many bona fide scoring chances during the first half, and many wondered how Onyewu would cope with the physicality of Major League Soccer.

Luckily for the Union, the former U.S. men’s national team mainstay did quite well. He was beaten for pace a couple times by 16-year-old Vancouver phenom Alphonso Davies, but recovered quickly with the help of Marquez, while completing several clearances.

The Whitecaps grew into the game as the first half progressed and had a couple quality chances, but Andre Blake, the reigning Goalkeeper of the Year, was in perfect position all night long to help out his defense.

As the second half got underway, the Union again started brightly and had their best chance of the evening on 48 minutes when Fabian Herbers slid a nice ball into the path of captain Alejandro Bedoya. Bedoya took a touch and fired on target, forcing a nice diving save from Vancouver goalkeeper David Ousted.

Moments later, Bedoya was at it again, this time getting off a back-heel shot following a Chris Pontius cross, but Ousted did well to get down to his left and make the save.

Vancouver’s best chance came in the 65th minute when former Union defender Jordan Harvey found himself unmarked in the penalty area and he fired a one-time strike on frame following a corner kick, but Keegan Rosenberry was perfectly positioned on the left post to clear the ball off the line.

Curtin used two of his three substitutions, bringing on CJ Sapong for Simpson in the 61st minute and Fafa Picault 10 minutes later hoping to inject some more pace into his attack. Picault provided that pace down the left flank, but couldn’t quite get his service right.

As the clock ticked into three minutes of added time, the Union were content to hang on for a point, while they’ll gladly take back to Chester as they prepare for next week’s home opener against Toronto FC.

Jones and Medunjanin will form a fierce d-mid partnership if they continue to start together. Medunjanin, the 31-year-old Bosnian international was exactly as expected, distributing the ball well and switching the point of attack at the appropriate time. He tracks back well because he doesn’t get too far forward and finds himself in excellent position to protect the back four.

Jones put in a man of the match shift. The young defensive midfielder was all over the place keeping the team in its defensive shape, along with Medunjanin, and making several impressive tackles and interceptions. His confidence and poise on the ball is a breath of fresh air for the franchise. Based on last night’s effort, he should be a starter going forward.

Striker has always been a weakness for the Union, but Simpson looks like he could be a potential solution. The England native did fairly well in his MLS debut, holding the ball up well and making quick runs. He struggled a bit to adapt to playing on an artificial surface, tripping on seams in the carpet time, but overall it was a positive shift.