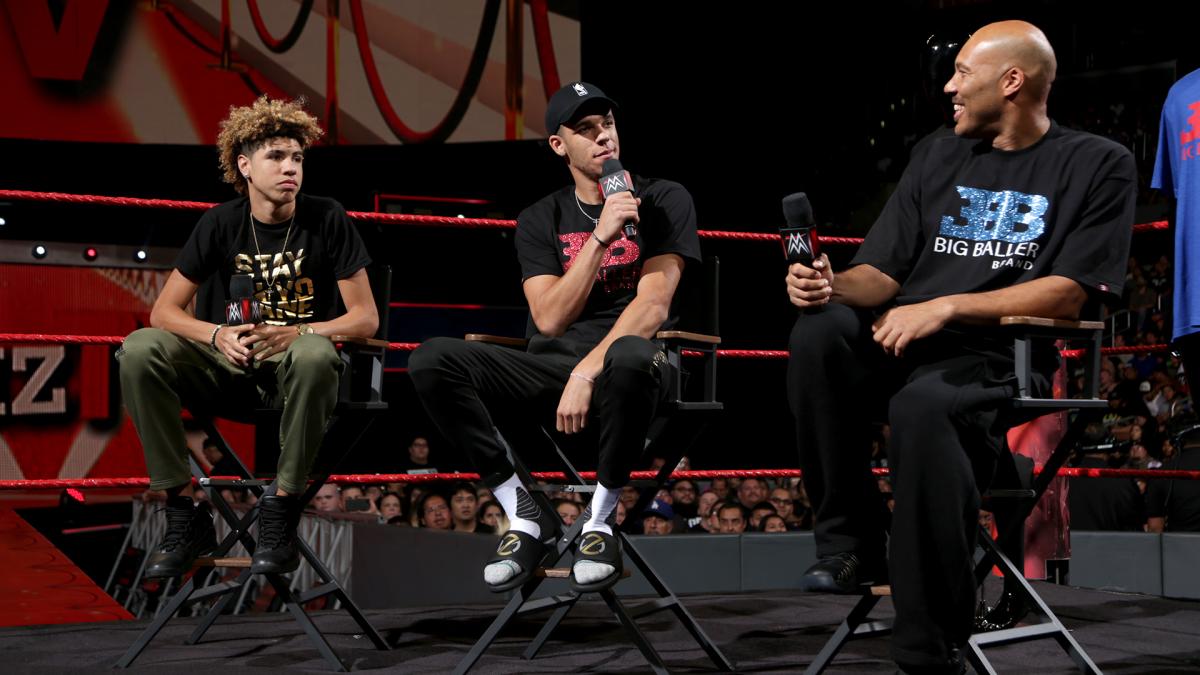 WWE’s Monday Night RAW emanated from the Staples Center in Los Angeles last night, and it was the perfect opportunity for the biggest wrestling company in the world to capitalize on an opportunity to have LaVar Ball and his sons on the show.

Lonzo Ball was drafted second overall – because Markelle Fultz > * – by the Los Angeles Lakers and made his first appearance as a Laker in Staples Center during a Miz TV segment on Monday night. You can watch the segment below.

Unfortunately, the video doesn’t include Ball’s fantastic entrance. Here that is:

When you realize what "Great Ball of Fire" really meant #RAW pic.twitter.com/lXuS47FU8u

Overall, I thought it was a pretty entertaining segment, as much as a train wreck that it was. Here’s the Ball Family giving a promo after the show.

Now cue the faux outrage from some in the sports world saying this’ll only hurt the Big Baller Brand. Here’s a hint: It won’t.

As an aside, LaMelo uttered a racial slur while LaVar was ready to smack down The Miz as Dean Ambrose entered the arena, yelling, “Kick that n—- ass! Kick that n—- ass!” and WWE released a statement on that shortly after.

“The inappropriate language used by a guest during the ‘Miz TV’ segment was not scripted nor reflects WWE’s values.”