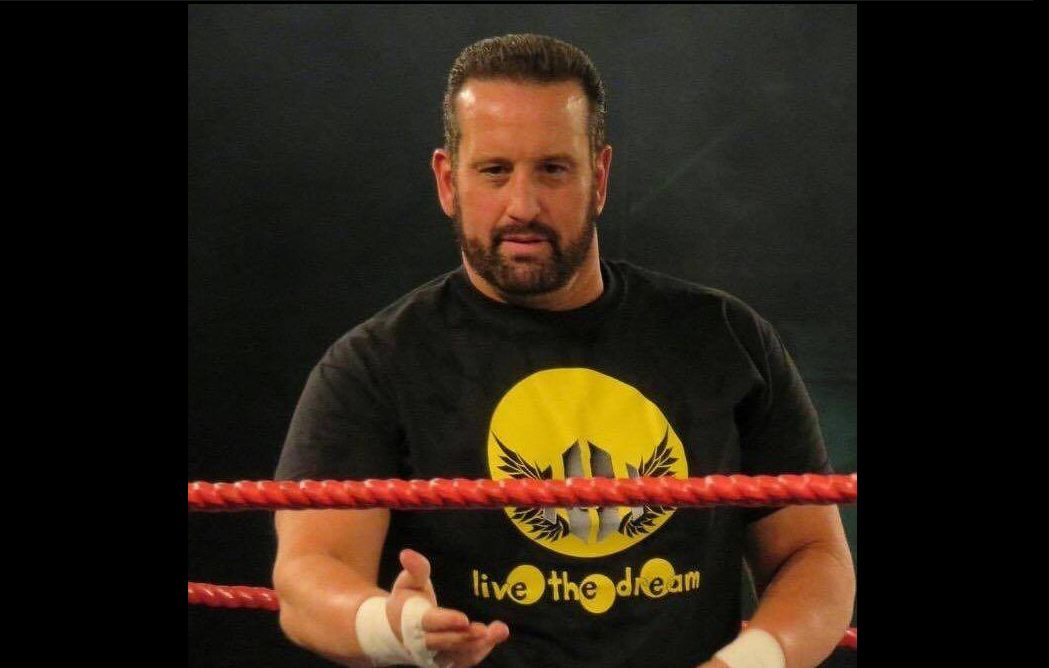 Tommy Dreamer didn’t envision himself becoming a full-time promoter when he began House of Hardcore. Even though he’d learned an abundant amount of information under Paul Heyman while under the infamous ECW banner, Dreamer was just hoping to acquire a loyal fan base for his company, much like ECW had during its heyday in the mid-to-late 1990s.

In Dreamer’s eyes, he was just going to do one show and hope that it was successful. And it was. So, he kept doing it.

Dreamer’s path as the founder of House of Hardcore is taking him back here to Philly next Saturday night. With an 8:00 P.M. bell time (and doors opening at 6:00 P.M.), House of Hardcore 33 will invade the 2300 Arena, which many still refer to as the ECW Arena, including Dreamer himself.

“I think every true wrestling fan needs to see a show at the ECW Arena,” Dreamer said in an interview with PhillyInfluencer.com. “When I first started my company, everyone said it was a nostalgia act because I had myself, the Dudleyz and Rhyno on shows and if you put more than two people on a show, it’s an ECW show.”

It wasn’t about being a nostalgia show to Dreamer. As much as he loved ECW and poured his blood, sweat and tears into the company, he’s at a different stage in his life now.

“To me, that was an amazing time in my life personally and professionally,” Dreamer said about his ECW days. “Now, I want people to experience the moments that I was able to experience back in the day.”

Those moments Dreamer mentions included many weapons, many repugnant chants from the crowd, and some of the most fantastic wrestling matches and storylines that only professional wrestling could bring to an audience.

Oh, and blood. Lots and lots of blood.

Dreamer spoke about the moments and experiences he wants to give to the fans by comparing it to baseball. “I went to my first game at Yankee Stadium. I’ve been to the new stadium, but I don’t have that same connection. But, if you want to go to baseball stadiums like Fenway and Wrigley, you’re like, ‘Wow!’ It’s rich in history. That, to me, is huge. That history is what paves the way for guys today.”

Of course, the WWE has virtually, if not all, episodes of ECW television and pay-per-views on its Network. If someone doesn’t know about the history of ECW, they could simply turn on an episode and they’ll probably know all about the history in a handful of minutes. And it’s what Dreamer learned under Heyman during his time in ECW that’s helping him run his company today.

“It was a natural progression of myself from doing everything in the original ECW, working behind the scenes in WWE, when I ran their developmental system which, now, in essence what NXT is, that was the progression for me,” Dreamer said. “I look at it like we’ve been around about two going on three years where I said I’m going to do this full-time and invest in it and really, really give it a go.”

So, how is Dreamer making his company different than the pro wrestling we see on television every week? Well, for one, he doesn’t advertise any matches. He advertises the talent that’s scheduled to appear on each show, and the presale number has been “phenomenal.” Dreamer says because the fans trust him to put on a good show like he usually does, he wants them to just enjoy the show. And that’s because even though he runs his own company now, Dreamer’s still a wrestling fan at heart.

“For me, I gotta keep on pressing forward because I love wrestling. I’m a huge fan. I still watch every Monday night and every Tuesday night. But I just want to show the world something different and show them my vision of professional wrestling.”

Dreamer also never closes doors for any talent that may want to use his platform to come back. For example, Petey Williams, the inventor of the Canadian Destroyer and guy who made quite a name for himself in TNA years ago, wrestled his last match for Dreamer. While everyone was clear to say he wasn’t retiring, Williams had a lucrative job and decided to put his boots to the side for a while.

“Petey told me ‘I got the itch again. Can I come back and work for you?’ and I said ‘Absolutely’,” Dreamer explained. “If I’m able to give that little bit of a taste back for him, then great. He’s someone I want to have around me all the time. There’s a lot of men and women who I love to showcase their talent. I come from ECW where I had that creative blueprint.”

That creative blueprint was none other than the aforementioned Heyman. Heyman ran ECW for years and built a national following for being, um, rather unconventional. It was Heyman’s blueprint that caused WWE and WCW to up its game, which WWE ultimately won. While many ECW talents have gone on record as saying they’ve had their ups-and-downs with Heyman, they all generally circle back to respecting him and his vision of what he wanted ECW to be.

To Dreamer’s point, I’m sure we all felt that way at one point or another. How can I get better? And that was always the mood in the locker room, it seemed.

“I was never the best wrestler, but I can have really good matches, and I can also create emotion, and people have always been invested in Tommy Dreamer, the wrestler. Same with the Dudleyz, same with Rob Van Dam. We had that amazing connection and that was so much because of Paul and what we did with ECW.”

Sure, for fans like myself, watching ECW late on a Saturday night before MADtv and Saturday Night Live came on was one of the highlights of the week. Though Dreamer says a television deal isn’t imminent for House of Hardcore, it’s still a goal because it’ll ultimately give any company its largest revenue stream.

“There are so many different ways to view content. The beauty of professional wrestling is people love to talk about it and people love to watch it,” Dreamer said.

When asked if Dreamer approached WWE or vice versa about having House of Hardcore added to the WWE Network, Dreamer said that there were initial discussions “a while ago,” but talks stalled and didn’t move forward.

“If that is a viable option for me, great. My biggest thing is this is my vision and it has to stay my vision and I will not let anyone corrupt that … When WWE brought back ECW, it was supposed to be different and it wasn’t. It turned out to be another WWE product,” Dreamer lamented. “I won’t do that and I will never compromise myself or my company for that.”

Of course, Dreamer’s House of Hardcore isn’t the only independent wrestling promotion in town. In fact, there may be more independent wrestling organizations out there than ever. And with that comes the trials and tribulations of not only putting on a good wrestling show for your audience, but making sure they come back. Dreamer realizes that.

“It’s extremely hard to promote professional wrestling. I have been blessed because of my reputation with the fans. When it comes to WWE – this will be House of Hardcore 33 – I’ve had 39 people that have worked for me either go back or sign with WWE. At first, I really did get angry. And then I was like, ‘You know what? I can’t offer these people and their families a full-time gig, so I’m okay with that.’ It motivates me to make new stars.”

Making new stars should always be a priority for wrestling companies. Sure, WWE has snatched up their fair share of stars built elsewhere, but if they fail to make new stars (and they’ve certainly struggled), they look to the independent promotions for help.

The true goal in professional wrestling right now seems to be to get to WWE. But there are so many chances now to get to watch great wrestling outside of WWE. That doesn’t necessarily mean the companies want to compete with WWE. It seems no company can at this point. But Dreamer just wanted to provide an alternate product. And that’s his goal now.

“If I won the Powerball, I would never want to compete with WWE. Just because I’m a fan. I just want to show an alternate product to them. I’m a sports fan. There’s 30-some odd teams in baseball and football, if WWE is the Dallas Cowboys and New York Yankees, great. I want to be the Tampa Bay Rays and the Indianapolis Colts, and guess what? Not every year do they win the championship, but they have a loyal fan base and that’s really all I want.”

You can buy tickets for House of Hardcore 33 here. VIP packages available here.