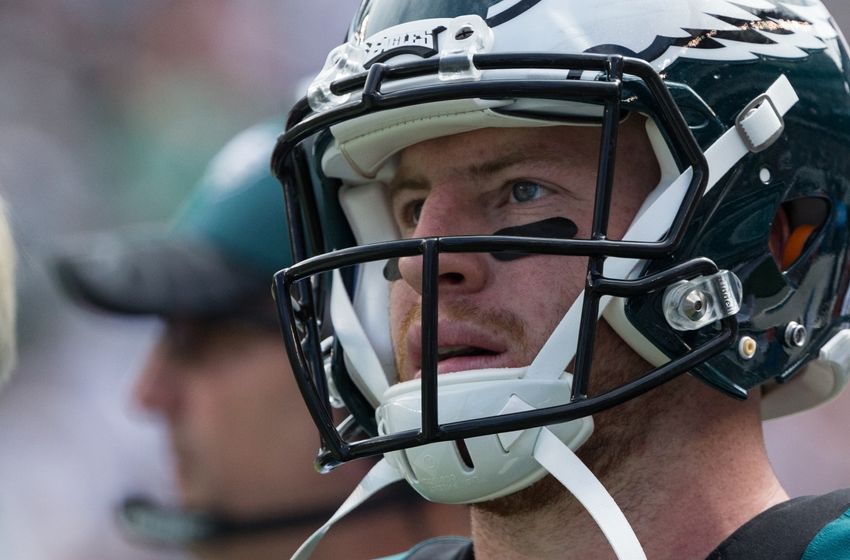 If you ask any Eagles player the question, “Are you guys already looking ahead to the playoffs?” the answer would likely be a resounding no.

Of course, that’s the goal of every NFL player every season. Winning is the goal in any professional sport. But even after the Eagles’ hot start to the season, when a player is asked about the potential of this team down the stretch, they always say they’re taking a week-to-week approach. While that’s commendable, it’s okay if they really are looking ahead to the bigger picture. In fact, Eagles betting odds for the season have shifted in their favor and likely will at least for the next few games as they head into their bye.

After defeating the Washington Redskins twice this season, the Eagles basically have a three-game lead over them even though the standings say two. The Dallas Cowboys still are in the mix, but they’ve got question marks all over the place, too. They’ve yet to face real adversity this season, mostly because Ezekiel Elliott has been able to play each game with a six-game suspension looming in the background. But they haven’t dealt with the injuries many other teams have had to deal with this year.

And that’s why one writer in Dallas, David Moore [SportsDayDFW.com, The Dallas Morning News], thinks the Cowboys have at least one advantage over the Eagles.

Moore: The Eagles are still the favorites to win the division, given the lead they’ve jumped out to at this stage. But it’s not insurmountable. And yes, losing those two players is significant. What would you think of the Cowboys chances if you removed Tyron Smith and Sean Lee for the remainder of the season? This needs to be pointed out as well. While Philadelphia is in the driver’s seat at the moment, the Cowboys are healthier. They aren’t missing any key players. That’s an advantage. Now, it’s an advantage that can be nullified with one unlucky snap or one unfavorable court ruling (Ezekiel Elliott), but it’s an advantage the Cowboys have for the time being.

While that could hold true for many teams in the NFL, the Eagles have really come out each game after a key player goes down to injury and the “next man up” mentality is in full effect. We’ve seen the offense and defense not miss a beat even though players like Darren Sproles

Does losing Jason Peters and Jordan Hicks hurt the team? Sure. Losing any starter in any position would hurt a team. But it’s all about mitigating that and having the guy who steps in be serviceable and almost invisible. Invisible meaning we wouldn’t notice them at all, which could only be a good thing in the NFL. So, Cowboys with the advantage? Not right now. Peters’ and Hicks’ absences absolutely could hurt the team in the long run, but when they went down this past Monday night, the game didn’t change at all. That’s a testament to coaching.

And, honestly, if we’re going to compare coaching staffs right now, the Eagles would have the advantage at this point. They played tight games all throughout last season, and have really raced out of the gates this season. Coaching matters.

The Dallas Cowboys are a good team. They will probably give the Eagles the toughest test down the stretch, mainly because they still have to play each other twice. The Cowboys face the Redskins this weekend and I don’t think I’m ever going to cheer harder for a Washington win. But, even if the Cowboys win, the Eagles will still be the favorites to win the NFC East.