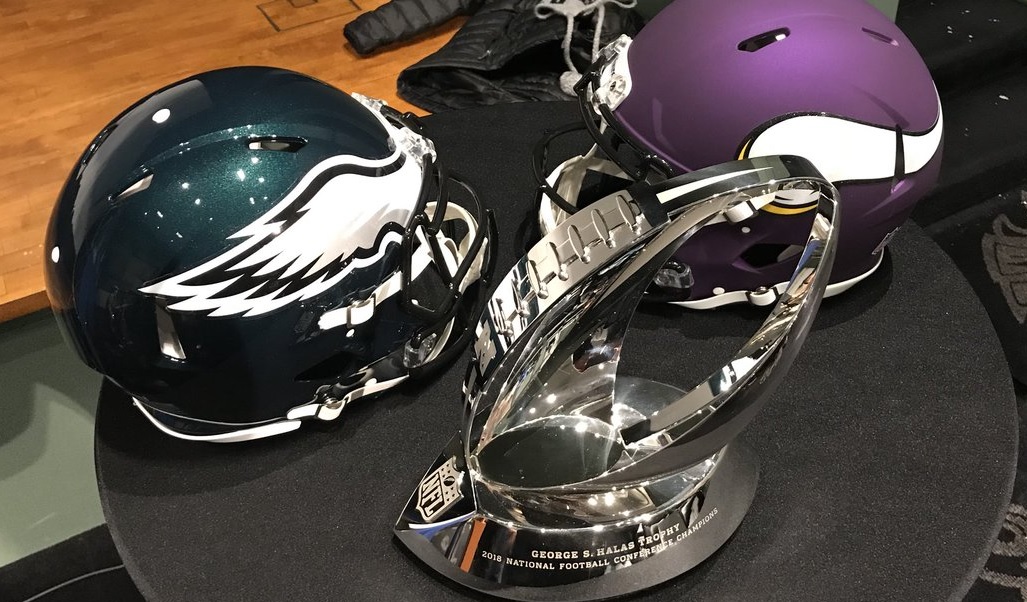 The Eagles are playing in their sixth NFC Championship Game this century on Sunday, the highest among any team in the conference.

Hard time believing that? I don’t blame you. The Birds are one of 13 current NFL teams never to win a Super Bowl and their victory over the Atlanta Falcons last Saturday was their first postseason win in nearly a decade.

How does a team which will be playing for a trip to “The Big Game” more than any other NFC team this century still lack a Lombardi Trophy?

The reason is the Eagles historically stink to high heavens in the contest before the Super Bowl.

The Birds are underdogs again heading into their matchup with the Minnesota Vikings, even though the Eagles shocked the naysayers and Minnesota got lucky after coughing up a big lead.

But, don’t let the line bother you. The players are embracing the underdog label and using it as motivation.

Truth is though, these teams are so evenly matched, it should be a “pick’em” contest. Rankings aside, the Eagles and Vikes are very close statically, with similar roster makeups.

If the Birds are going to win, they’ll need to continue playing smothering defense, maybe force a turnover this week and continue to receive great game management from Nick Foles, with some deeper passes mixed in.

The Eagles are more than capable of moving on despite the Vikings sporting the No. 1 defense in football. In fact, the Birds should win with the amazing South Philadelphia crowd in their corner.

But, the Eagles biggest hurdle this weekend won’t be Minnesota’s top ranked defensive unit. It won’t be any of the solid players the Vikes bring on offense.

The Birds biggest dilemma is history.

The franchise is 2-4 all time in the NFC Championship Game with four of the losses coming since 2001-02.  Half of those defeats happened at home, one in the infamous last game at Veterans Stadium.

The Birds lost to Kurt Warner when he was in his prime, and somewhat past his prime trying to revive his career. They fell to Brad Johnson and Jake Delhomme. Could you muster adding Case Keenum to that list?

Defeats featured a valiant effort on the road in St. Louis, two non-competitive losses in South Philadelphia to a couple of warm climate teams and a game at the fourth seeded Arizona Cardinals that involved a really slow start, amazing rally and collapse in the end.

Maybe the variable is Andy Reid. Doug Pederson is doing a nice job separating himself from his mentor.

Maybe the variable is Donovan McNabb?  How incredible would it be if Foles possessed as many conference championship wins as McNabb?

I belive he will. If the offense can generate two touchdowns, maybe one with the help of the defense, they should be in good shape. If Jake Elliott can add at least a field goal, that will help immensely. If the Birds can avoid turnovers this week, that will go a long way. And if the defense can live up to its home dominance, there’s no reason the Eagles can’t beat the “daunting” Vikings and overcome this team’s woeful history in the NFC Championship Game.

It should be noted, the Vikings are awful in this game as well, losing five in a row and some of them absolute heartbreakers.

What’s the harm in making it six?

The rest of the sports teams in town should be thanking the Eagles for taking the attention away from them. Here’s why:

1 – Sixers head coach Brett Brown revealed that there still may be discomfort with Markelle Fultz’s shoulder and his shot is not where is used to be, yet. He also said Fultz can still impact a NBA game without shooting the ball. The latter is true, but the first part is alarming. Fultz has been out since the fourth game of the season. On December 9 the team announced there was no more soreness and the muscular imbalance was fixed.

Why does every 76er top draft pick experience ailments their rookie season? Why is Fultz’s shot, which was supposed to be a strength and asset to this team, come off as such a mystery?

The Sixers are lucky that everyone is immersed in Eagles green, otherwise they wouldn’t be immune to criticism from the fan base.

2 – Tuesday night the Flyers faced a New York Ranger team that lost three in a row and was playing awful. Yet, they went to Madison Square Garden with a metaphorical pair of defibrillators and were just the medicine the Rangers needed, a 5-1 loss to continue their woes in that building and against that franchise. Afterwards head coach Dave Hakstol admitted New York was hungrier early on.

The Flyers should be sending the Eagles chocolates because that latest example of inconsistency missed a lot of peoples’ radars.

3 – The Phillies are less than a month from pitchers and catchers reporting to spring training, yet their starting rotation appears to be Aaron Nola and then four others from the group of Jerad Eickhoff, Vince Velasquez, Ben Lively, Nick Pivetta, Zach Eflin, Mark Leiter and Jake Thompson.

Jake Arrieta is still a free agent and the longer he remains as February nears, the price may drop.

Will Matt Klentak take a run at Arrieta?

Unlikely, which shouldn’t be surprising.

But, no one is complaining about it because the city is so locked in with the Birds.

OK … maybe I’m stretching it with this scenario. Either way, my point is made. The Eagles rule this city and everyone else can enjoy their privacy for the time being.