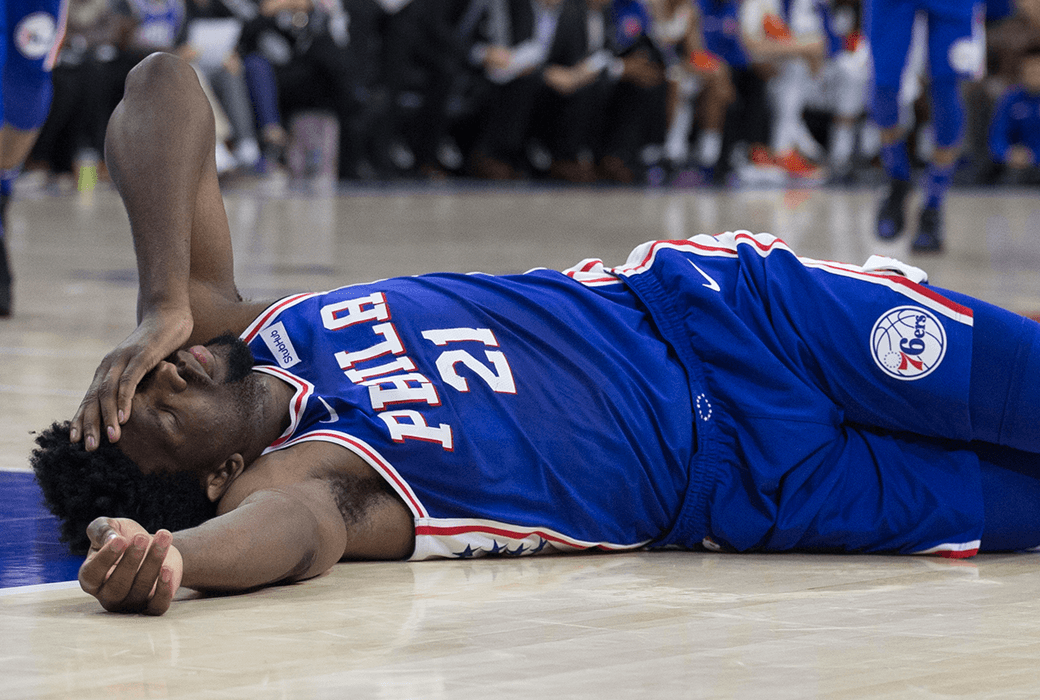 Joel Embiid has been able to stay on the basketball court this season without suffering any major setbacks … until now.

And his latest misfortune comes at a pivotal time for the Philadelphia 76ers.

Embiid will undergo surgery to repair an orbital fracture of his left eye, the team announced on Thursday night. The injury occurred during the second quarter of the 76ers’ 118-101 win over the New York Knicks on Wednesday when he collided with teammate Markelle Fultz.

ESPN’s Zach Lowe is reporting that Embiid could return to the hardwood in 2-to-4 weeks pending the results of the surgery. That time frame obviously puts the first round of the playoffs in jeopardy with it set to begin two weeks from Saturday.

Pending the results of surgery, Embiid could return to play in 2-4 weeks, per league source. First round obviously in some jeopardy.

Here’s video of the injury.

Here is the play where it happened. pic.twitter.com/LoP8wWl4C6

The team initially ruled that he passed his concussion protocol testing, but did go to the hospital for further examination. Embiid took to social media later in the night and simply posted “not good” on his Instagram story.

Joel Embiid just posted this to Instagram story from hospital

Turns out it wasn’t.