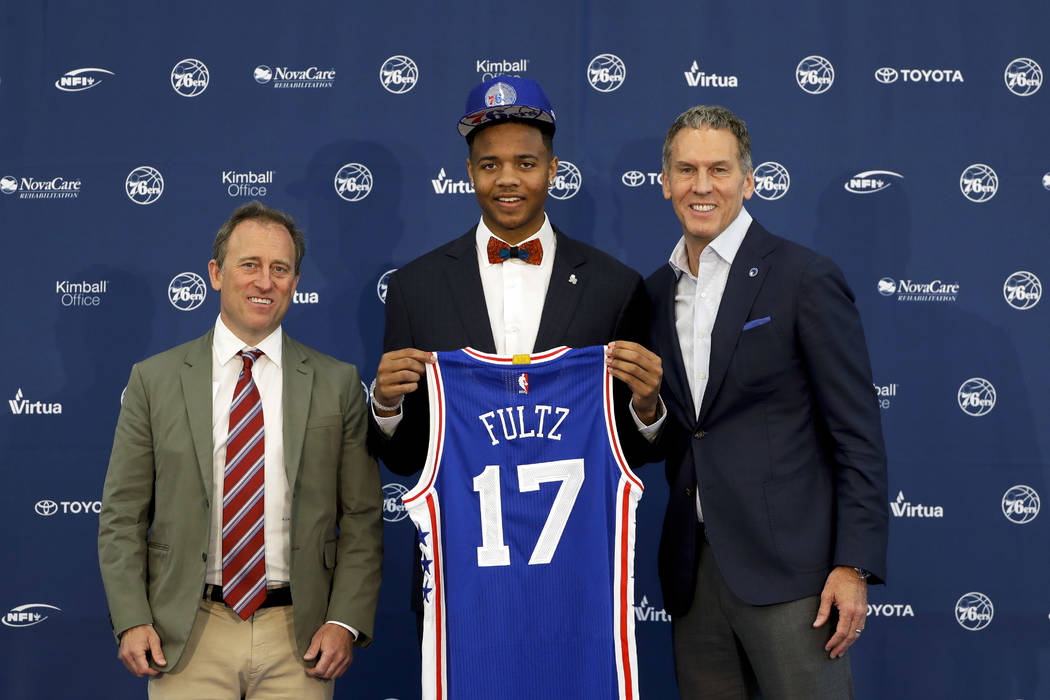 We all know the storyline and we all witnessed the flashes. But can we be confident in the entire package? When the Sixers traded up to the No. 1 overall spot last year in the NBA Draft to select Markelle Fultz, the city of Philadelphia was jubilant and ready to see the final piece inserted into the “Big 3.” Obviously, the switch wasn’t going to be flipped from Day 1, but after an impressive Summer League display, there was no reason to believe this rookie would falter. Who knew an undisclosed injury would turn into an incurable mental blockage?

This is disturbing to me in many ways. Going through the draft process, teams spend time with these kids and try to get to know them as best as they can. They try to look into their minds to see if they have what it takes to make it in this league. Obviously, Danny Ainge felt Fultz wasn’t ready and Bryan Colangelo disagreed. I’m thinking the, “Hey, where’s the closest Chik-Fil-A?” quip wasn’t the best look for the rookie’s first comment in town.  But, what do I know?

One thing is for sure, while Fultz was looking for Chik-Fil-A, Jayson Tatum was not only showing he was a horse, but that he was the lead thoroughbred in green. Tatum continues to make us question the pick as he consistently is the talk on NBA.com while we all sit around and talk about waiting for our rookie to develop because he is so young. Did I miss something here? Aren’t they both young?

This off-season will be a defining moment for the Sixers and Fultz. Our contributor, Dave Uram, wrote just last week that it’s the most important off-season in Fultz’s life.

This is where Fultz needs to dig deep down inside and find the courage to play through whatever demons are floating around in his head. I’d be lying if I said I wasn’t concerned for him overall. In my opinion, not having the mental makeup to play the game as a rookie when people expect you to make mistakes is a serious issue. What is he going to do when he is expected to come through in the clutch or just produce on a nightly basis?

In the first round of the playoffs, the Sixers faced a team that was full of trash talkers and Fultz couldn’t get off the bench. He made a quick cameo appearance until it was obvious he was overmatched. Right now, my gut tells me he’ll never get over it. He may have the skills to play, but his mind may always get in the way. The Sixers need him to be the answer, but his future seems likely to be riddled with nothing but questions. It’s not what I expected from a No. 1 pick.