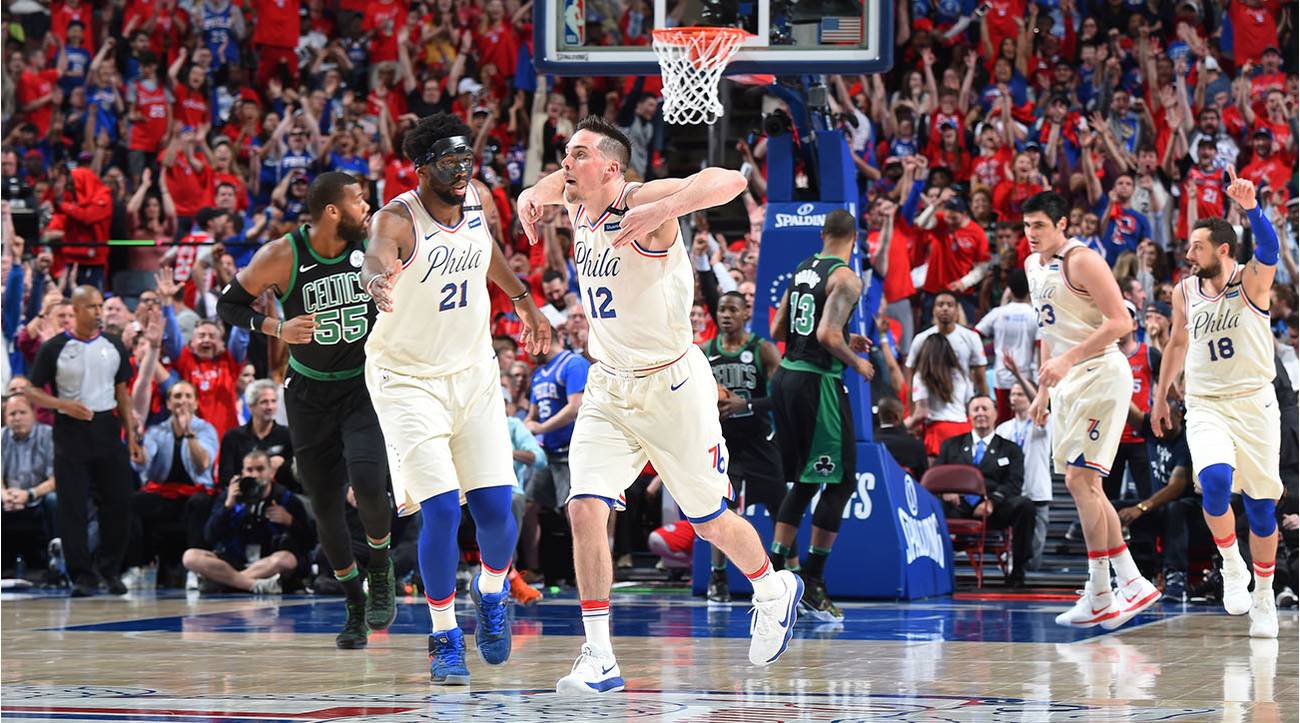 T.J. McConnell drove the length of the floor, crossed up Terry Rozier and cruised in for a layup before staring at his hand in celebration. Now that Brett Brown has played his hand, will it be enough for the Philadelphia 76ers to make a monumental comeback against the Boston Celtics?

McConnell was inserted into the starting lineup instead of the struggling Robert Covington and scored a career-high 19 points, providing the Sixers a spark they desperately needed en route to a 103-92 win over the Celtics in Game 4 of the Eastern Conference semifinals on Monday night.

The Sixers are now down 3-1 in the best-of-seven with Game 5 in Boston on Wednesday night. NBA teams are 0-129 in postseason history when falling behind 3-0.

The undrafted third-year guard McConnell was 9-of-12 from the field, grabbed seven rebounds and dished out five assists. He also played terrific defense on Rozier, who was limited to 11 points on 4-of-11 shooting after coming in averaging 22.3 points per game in the series. McConnell’s plus-minus was plus-18, while Rozier’s was minus-14.

The one thing that Brett Brown got right this series so far, having T.J. McConnell start instead of Robert Covington pic.twitter.com/UMaf7aCrjv

76ers head coach Brett Brown was asked after the game if McConnell will start again and smirked before giving his answer.

Brown said he made the decision to start McConnell came 24 hours prior to tip-off, but he didn’t tell McConnell or Covington about it until right before the game.

There’s an injection of energy you immediately know you’re going to get with him … He’s got unusual characteristics that you wouldn’t think would be as successful in an NBA playoff game. All of them equal a tenacity, a heart, a commitment, a competitiveness.

In a series where Brown has had his critics, he certainly made the right call with McConnell.

The trash-talking Joel Embiid did all he could to get into Boston’s heads. He went at with Rozier in the first half and both were hit with double technicals.

Embiid chirped at Celtics forward Marcus Morris, who didn’t say a word and motioned a “3-0” signal with his hands.

Philly was up 47-43 at the break, but it wasn’t until late in the third quarter that it began to pull away. A 10-2 run catapulted the Sixers into a 14-point lead, with McConnell hitting a 3-pointer to put them ahead 76-62 with just over two minutes to go in the third.

The margin ballooned to as much as 18 in the final frame.