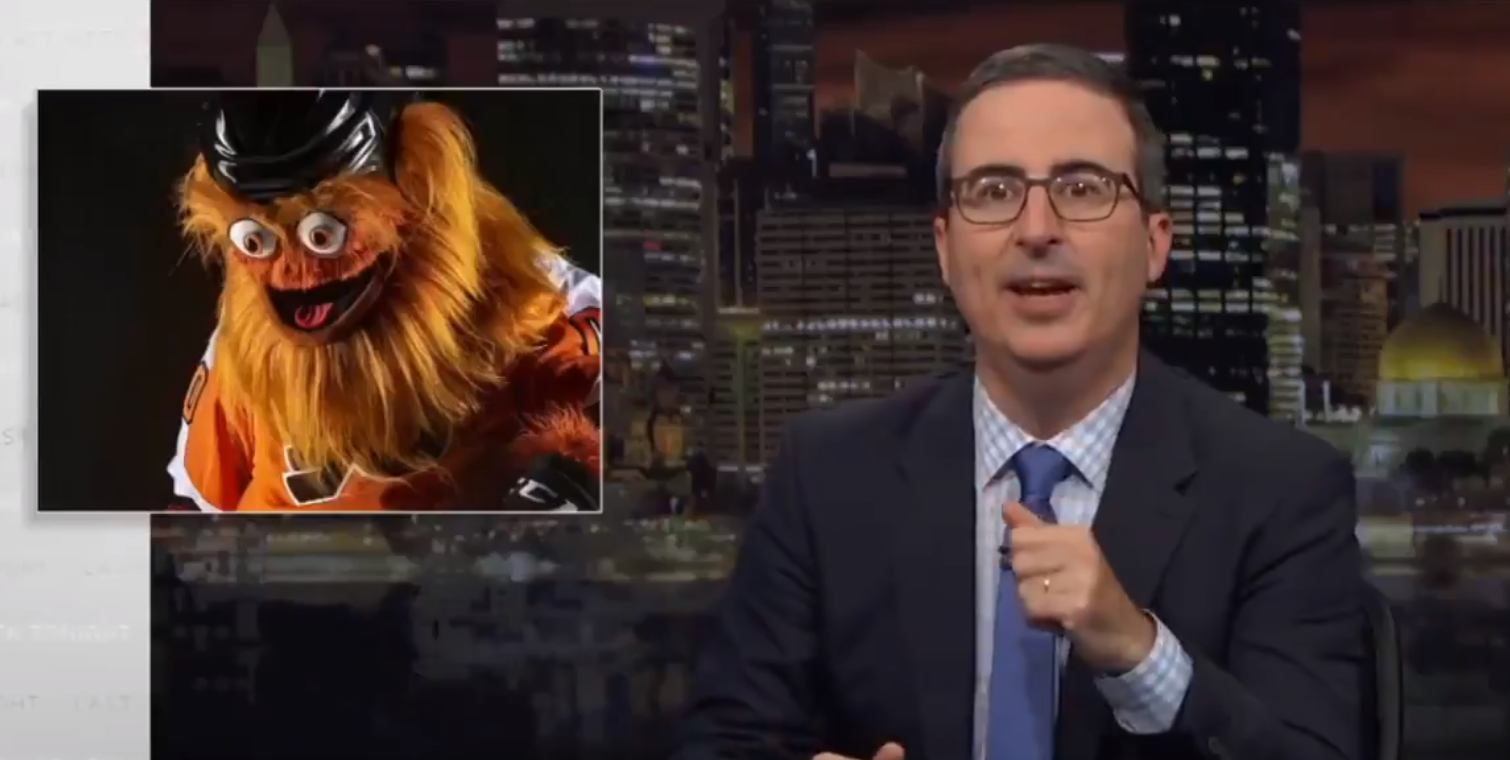 That’s because one week ago today, we were all introduced to Gritty.

Throughout the week, Gritty has been making random appearances, and also attended the Phillies game on Saturday night and partied with the Phanatic. It’s like a match made in heaven, honestly.

But Gritty also made the national headlines, and had segments dedicated to, um, it, over the weekend on both Saturday Night Live and Last Week Tonight. And while it’s clear that the national people think of Gritty as a punch line, it just so happens they don’t know Gritty like we know Gritty.

Watch the two segments below.

Oh they went there pic.twitter.com/Dv2fPG2TIp

.@GrittyNHL was the lead topic on Last Week Tonight.