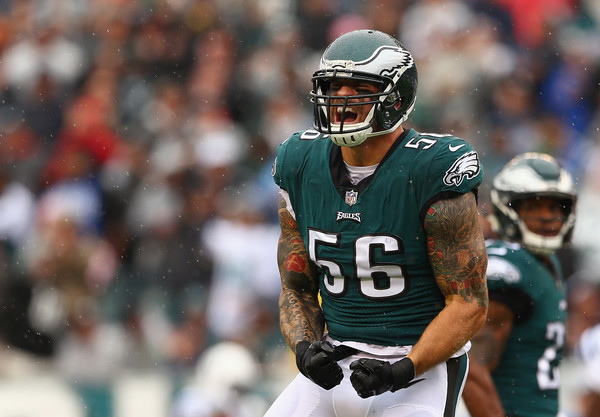 That was a serious talking point – Chris Long is a part owner for the Freebird app which gives users cash back on Uber and Lyft rides. It is available on both the App Store and Google Play.

That and talk about the Eagles locker room regarding the Joe Santoliquito PhillyVoice piece.

Chris Long on the Wentz report: “It pissed me off. It did piss me off. If somebody has an issue… a locker room is a pretty sacred place. A small handful of people… decided instead of maybe communicating with teammates… they went that route, which is not really my deal.”

Following the team the past two years, Long’s reaction here doesn’t surprise me in the least. Even though he doesn’t wear a “C” on his chest, he is one of the leaders of this team. The intangibles that he brings to the table are unmatched.

He went on to clarify that he didn’t know which teammate spoke out but let’s be honest, even if he knew which teammate it was there was no way he’d blast them on the radio. He’s not that kind of dude.

It’s no secret that Long was contemplating retirement before this season. He addressed his future plans in the interview as well.

Chris Long: “As far as what happens, I’m literally just kind of sitting back and seeing what the Eagles do, who they bring in or don’t bring in, and how deep that room gets. I’d still love to play, but at the end of the day, I could go either way.”

There is an opt-out clause in Long’s contract for this year. If the Eagles keep him around he will count for $5.6 million against the cap.

I want to preface what I’m about to say with this statement: Even though he’s only been an Eagle for two seasons, Chris Long is deep into fan favorite territory. I feel a real connection with this guy. He’s fun to watch on the field and an incredible human being off the field. His hit on Case Keenum in the NFC Championship Game that led to the Patrick Robinson pick-six is something I will always remember. He even had a fumble recovery on a Derek Barnett strip-sack in the same game. He was an integral part in the Eagles Super Bowl run last season, something for which I will be eternally grateful. All of that said, the Birds are too close to the cap, I’m not sure there’s a way he comes back at $5.6 million. If he can restructure, I’d take him back in a heartbeat.

You can hear the entire interview below; it’s roughly 18 minutes long and well worth the listen.