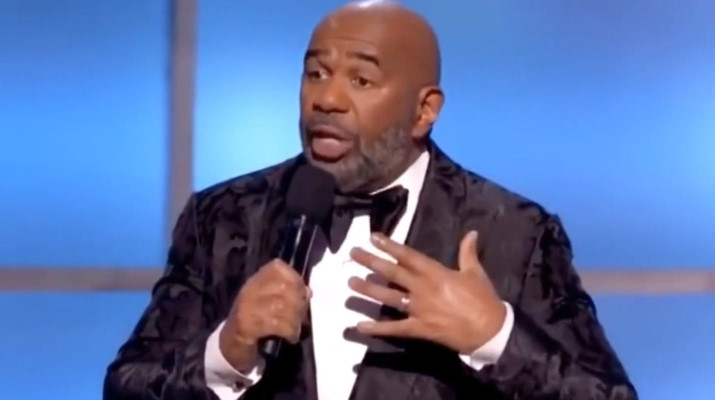 Steve Harvey hosts about 19 different shows on television, so maybe some equate him to the entertainment industry’s New England Patriots. Well, Harvey was at it again on Saturday night at the NFL Honors show, and he was awesome.

I actually did watch the show since I was at work and Harvey had his old style going. He was so relaxed and had the crowd eating out of his hand.

One joke ended up getting cut out of the broadcast, and, as you’ll hear, it seems like it’s the only answer to ending the Patriots dynasty? Aren’t they past that? What are they?

Check out the video below and tell me if you think the joke should’ve been cut!