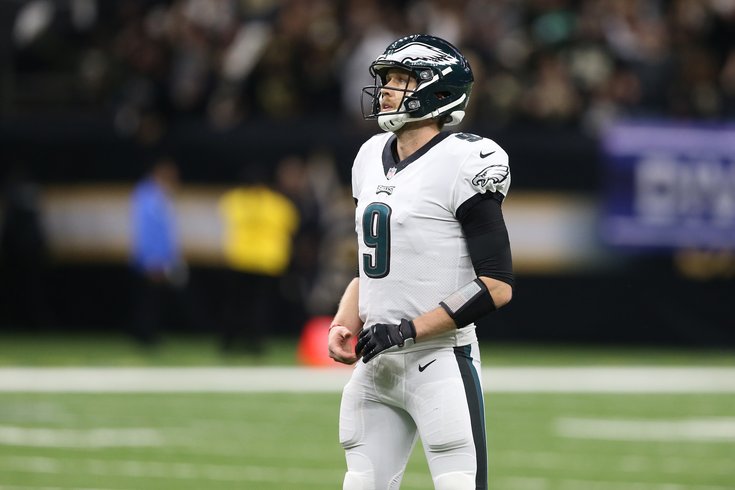 NFL Network’s Ian Rapoport appeared on Super Bowl Live Saturday and reported that the Eagles are expected to pick up Foles’ $20-million option.

From Super Bowl Live: The #Eagles are expected to pick up the $20M option for QB Nick Foles, sources say. Not a surprise, but an important piece. What happens next will be intriguing. pic.twitter.com/FOpLeAhQu1

If Foles decides to pay the $2 million to get out of the contract, ESPN’s Adam Schefter reported hours later that the Eagles will attempt to franchise tag and trade Foles for a third-round pick.

Sources: Eagles expected to use their franchise tag on Nick Foles, then try to trade him for a third-round pick, per league sources.https://t.co/uPKcMmEcfh

What is Foles going to do? Will he pay the $2 million to buy out of the contract and become a free agent, or will he allow things to play out and work with the Eagles on a potential trade. If Foles pays the $2 million, the Eagles will have the option of franchise tagging him, which Schefter is reporting they will use.

In order to franchise tag Foles, however, Howie Roseman needs to get the Eagles under the salary cap before the start of the new league year in March. According to overthecap.com, Philadelphia is currently $18.46 million over.

That’s why some believe if Foles does intend to become a free agent, that the Eagles should go the compensatory pick route instead because there’s too many moving pieces for a tag-and-trade to get done. If Foles is in the top three of all free agents in annual average value, Philadelphia would be rewarded with a third round compensatory pick in the 2020 NFL Draft.

I was surprised to see the “third-round pick” detail, considering we pretty much know that the Cleveland Browns offered the No. 35 overall selection for Foles last year. It’s also a worse quarterback free agency class considering there’s no Kirk Cousins available and the NFL Draft’s quarterback class is looking very pedestrian and a lot worse than last year’s which saw five go in the first round.

I think the market will be higher for Foles than Schefter is suggesting, I’d be surprised if Howie Roseman can’t pluck at least a 2nd-round pick for him when it’s all said and done.