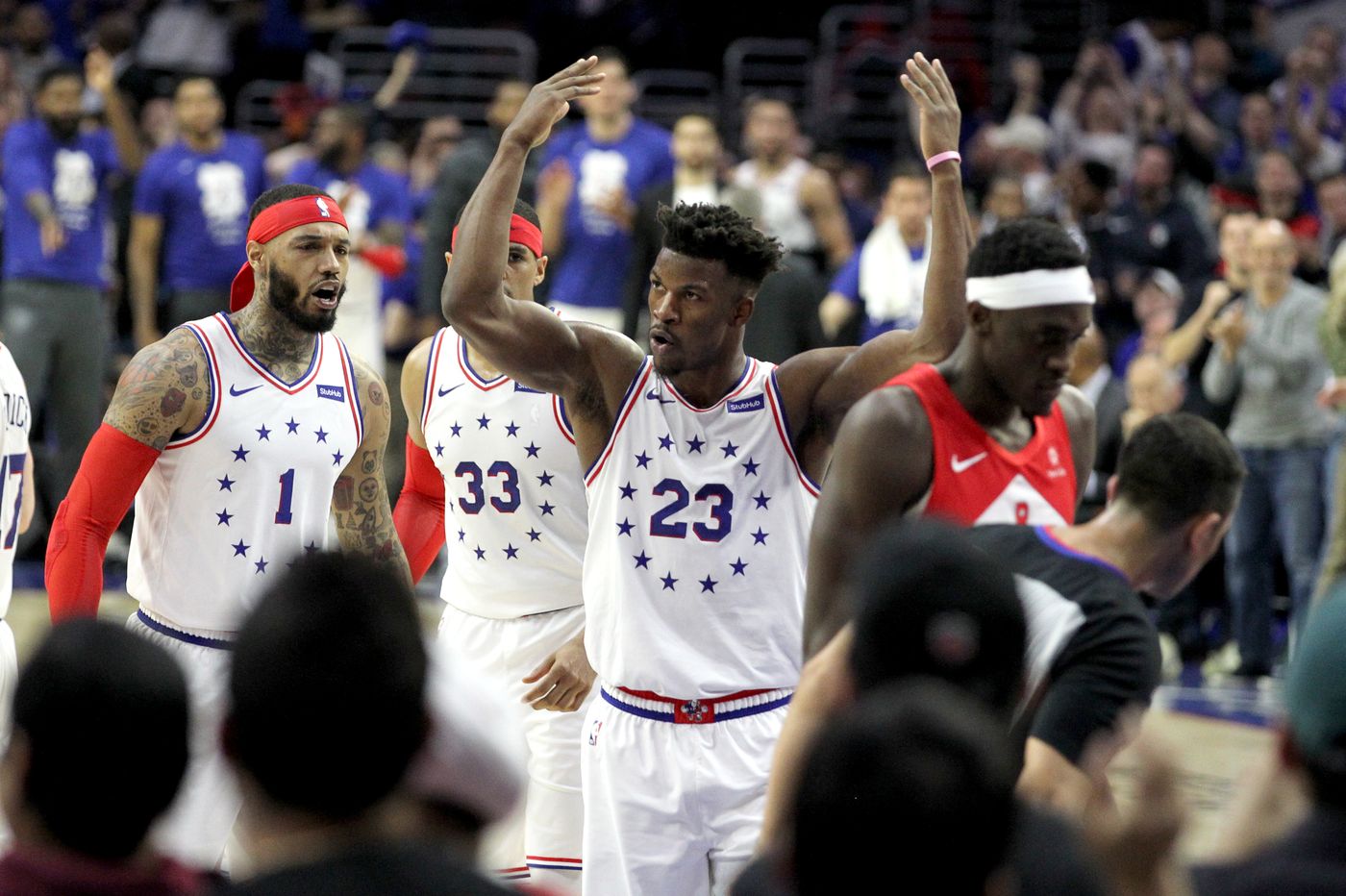 Jimmy Butler was the calming influence early on and then again to close the first half with a steal and bucket after the Toronto Raptors began to claw back in it.

The adult in the room.

Butler, who was 9-of-18 from the field, showed off his grit and hustle throughout the contest, even with the Sixers comfortably ahead in the fourth quarter. He poked the ball away from Serge Ibaka on the left block, darted toward the corner and saved it from going out of bounds by batting it with his left hand and through Ibaka’s legs. There was also this wild three-point play after he retrieved his own miss.

Simmons, who attempted just five shots in Game 5, was 9-of-13 from the floor. Although Simmons didn’t look to score in the opening moments, a pair of tip-ins got him going and the drives to the basket followed. He was also attacking the offensive glass with putback dunks and cutting without the ball and finishing with alley-oop throwdowns.

If only he played this pissed off more often.

Although Joel Embiid is still trying to find his offensive game, the Sixers were plus-40 with him on the floor. He brought a lot more energy, meeting Kawhi Leonard at the rim on a pair of sensational blocks, diving on the floor for loose balls and eliciting foul calls for his hard work on the offensive glass. He had 12 rebounds after averaging just seven a game in the series coming in. The Sixers out-rebounded Toronto 52-34 after being minus-five in that category over the previous two games.

This block was a beauty too.

Embiid was 1-of-8 in the first half with just two points, but found a better rhythm over the final 24 minutes with 15. Marc Gasol’s thickness and ruggedness has been a handful for Embiid on the block, so he went to his face-up game more and this runner for a three-point play upped the Sixers’ advantage to 75-61 with just over four minutes to go in the third.

The Sixers coasted to victory from there.

Butler provided six quick points as both teams were unable to generate traction offensively early. A Tobias Harris 3-points pushed the lead to 13-5. Then a pair of “garbage into gold” buckets got him going and his basket with less than 10 seconds to go in the frame gave the Sixers a 29-21 margin. Simmons had eight points and five helpers after a quarter of play.

Butler’s swipe and layup staked the Sixers to a 58-43 advantage at the break and swelled to 87-67 after three.

Leonard put up 29 points, but did shoot less than 50 percent (9-of-20) from the floor in an amazingly non-Playoff Kawhi performance. He also snatched down 12 boards for Toronto, which shot just 25 percent from beyond the arc (9-of-36).

Game 7 is Sunday in Toronto.