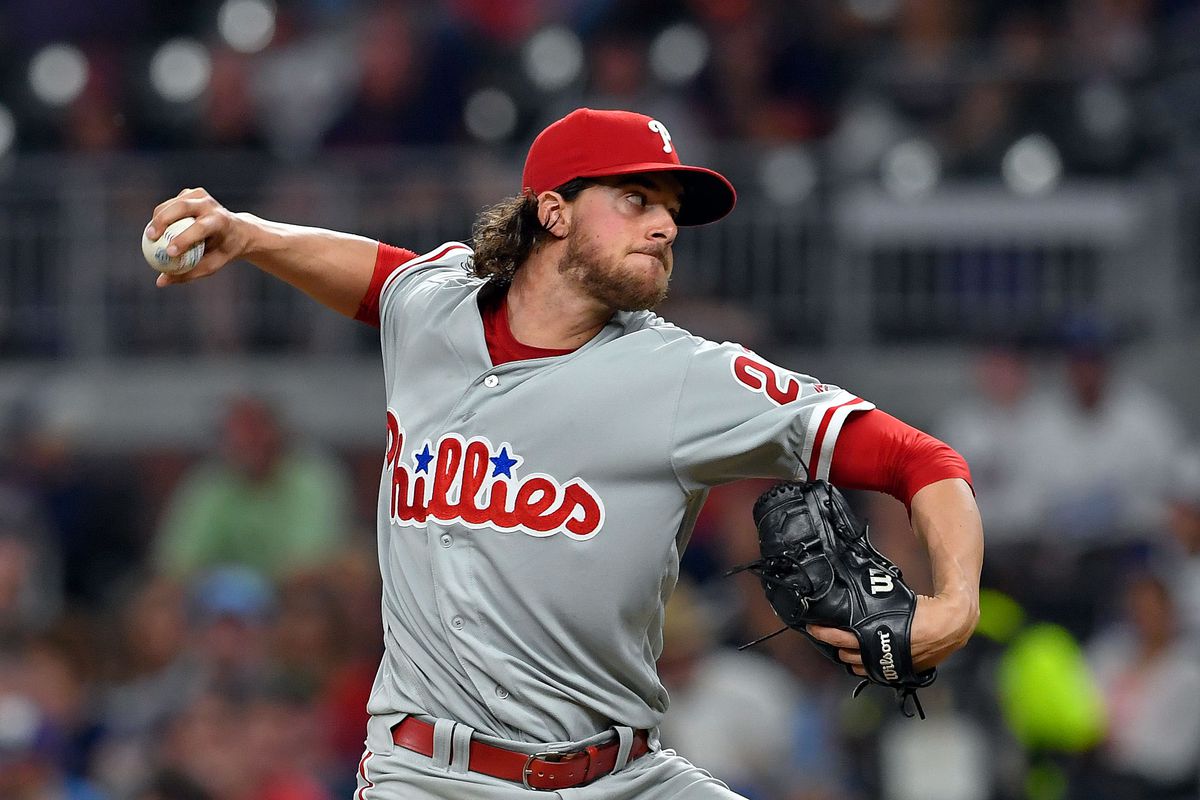 Before his start against the Atlanta Braves on Tuesday night, the last time Aaron Nola’s ERA was below 4.18 was after his first start of the season on Opening Day! By the end of Nola’s dominant performance Tuesday, in a 2-0 Phillies win, his ERA sits at 3.89.

Nola improved his record to 7-2 and his WHIP to 1.33, but it is his last three starts that have proven the Phillies have their ace back!

In those three starts, Nola dropped his ERA by an entire run, while striking out 28 hitters across 23 innings. The Phillies are 2-1 in those games, all against National League East division rivals. Nola has also kept the ball in the yard, which has hurt him immeasurably so far this season. He has only given up one home run in his last three starts, while serving up 13 in his 15 other outings.

Far too many times this season, Nola looked like he was getting back on track, only to get punished the third time through an opposing lineup. Before June 21, Nola only pitched seven or more innings once, in a May 29 win over the St. Louis Cardinals. He has now done it in all three of his latest starts. The Phillies are 11-7 when Nola is on the mound this season.

“It was one of the better performances we’ve seen from him in the last couple of years. Obviously, going through this lineup more than three times is something. It’s a pretty impressive feat. He seemed to get stronger as the outing went on. The fastball velocity maintained all the way throughout. In some ways, it probably got stronger. We saw a 96 pop up on the stadium gun one time. The 95’s were pretty consistent. He also had some of his best command that we’ve seen this season; both sides of the plate, even elevated at times. The curveball was really good from the beginning.”

The Phillies will absolutely need this version of Nola if they want to break a seven year playoff drought. His next outing is scheduled to come Sunday against the New York Mets, in the last game before the All-Star break.