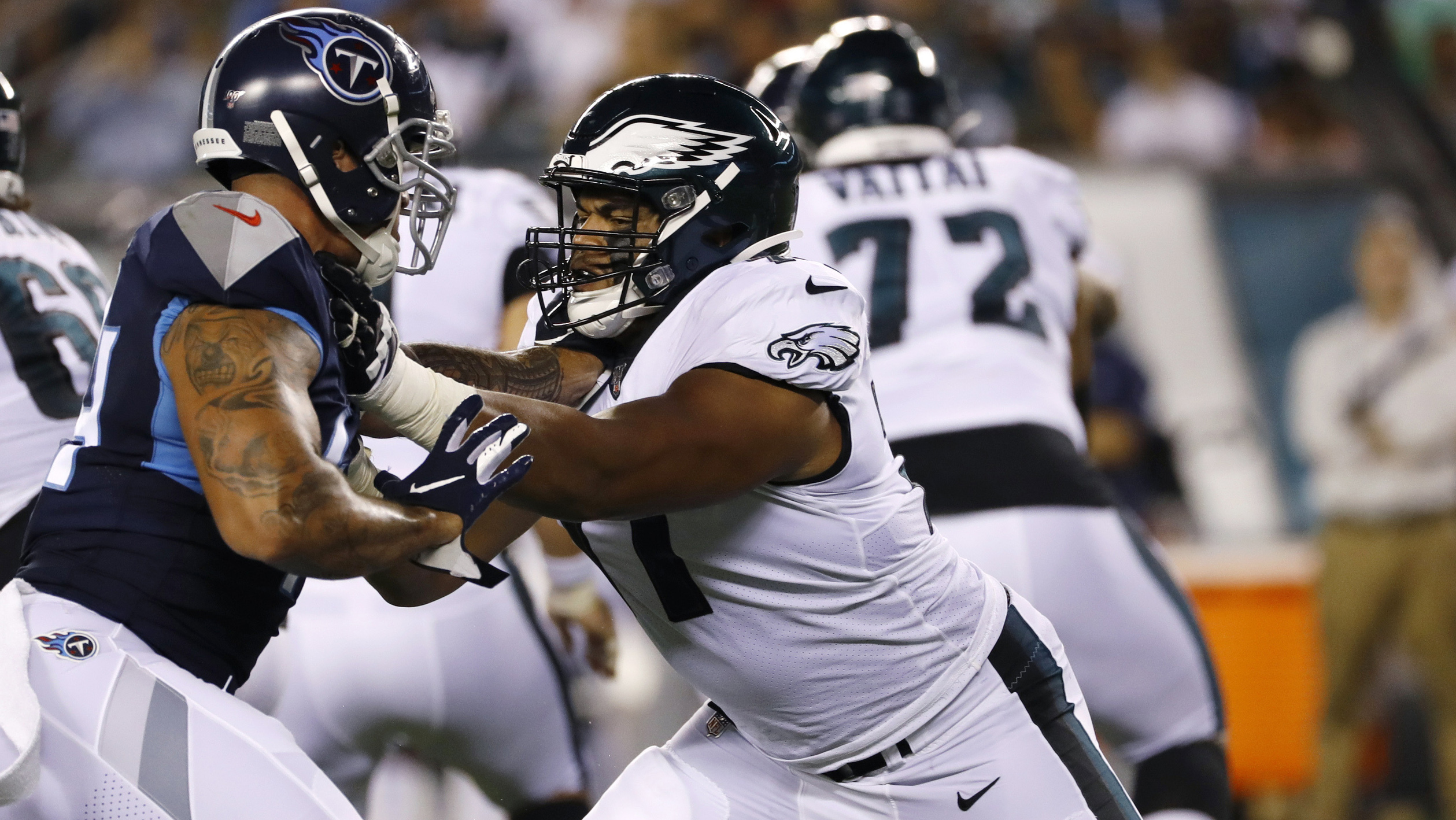 Andre Dillard is the heir apparent to Jason Peters, but he looks ready to start right now!

Dillard gave the Philadelphia Eagles a look into their future Thursday against the Tennessee Titans. The 22nd overall pick in April’s NFL Draft, who surrendered just one sack and 13 pressures out of 677 pass attempts as a senior at Washington State, was as impressive as advertised in pass protection matching up against Kamalei Correa for most of the night. Grant it, Correa is a backup and not one of the premier edge rushers in the league, but Dillard didn’t get beat around the corner once.

Dillard’s pass sets were really clean. He got into them very quickly and seamlessly. His feet are quick, his arms get extended, he changes direction easily and showcases fluidity and balance when mirroring pass rushers. The athleticism he possesses makes it tough for edge rushers to turn the corner on him in pass protection.

The knock on Dillard coming out of Washington State was his run blocking. The Cougars don’t tote the rock often and the tape on Dillard in that area was limited. What we saw out of his Thursday was encouraging, even if Eagles running backs gained only 21 yards on 11 carries. Look at the initial punch Dillard gets on the first run of the clip below. His arms are locked out, his hand placement is perfect, right on top of the 44 on Correa’s jersey and a hole was opened up.

Below are examples of two combination blocks where Dillard starts on a double team with the left guard before moving onto the second level and locating a target. Dillard was balanced and struck with force on the two times he worked up to the second level.

Dillard is a little light in the lower body and the bull rush can get him teetering. We saw two snaps early where he bent and was pushed back a couple yards while being unable to drop his anchor, but not enough to warrant a sack.

As the game went along, however, Dillard did a better job of dropping that anchor.

This was a small thing, but the football IQ of Dillard to line up in a wider set and invite Correa inside was textbook.

The first exhibition game is now in the books and while Correa was a good test for Dillard coming out of the gates, it’s now time to take on a stiffer test and that looms Thursday when the Eagles play the Jacksonville Jaguars. The Jaguars have a bevy of pass rushers coming off the right side, including Yannick Ngakoue and fellow rookie Josh Allen, who was the seventh overall selection.

We’ll see if Dillard can pass his second test Thursday.