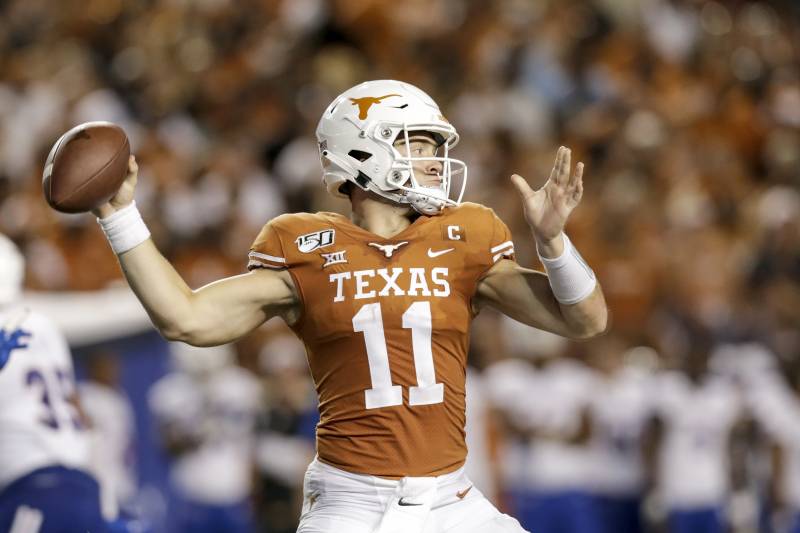 Besides Auburn vs. Oregon, Week 0-1 of the College Football season wasn’t necessarily the most exciting slate of games. However, Saturday did provide some entertaining action to open the season while the Top 25 went on to be victorious, excluding Oregon. Now in Week 2, the stakes are already raised as we get ready to watch a matchup that could impact the College Football Playoff. Most will be interested in the matchups between four teams in the top 15 and potentially dangerous games for the top two teams in the Big Ten. While the stakes are high this week already in the College Football season, maybe you may personally want to raise the stakes with a little wager. Here is what you need to know about each game before you place your bets. 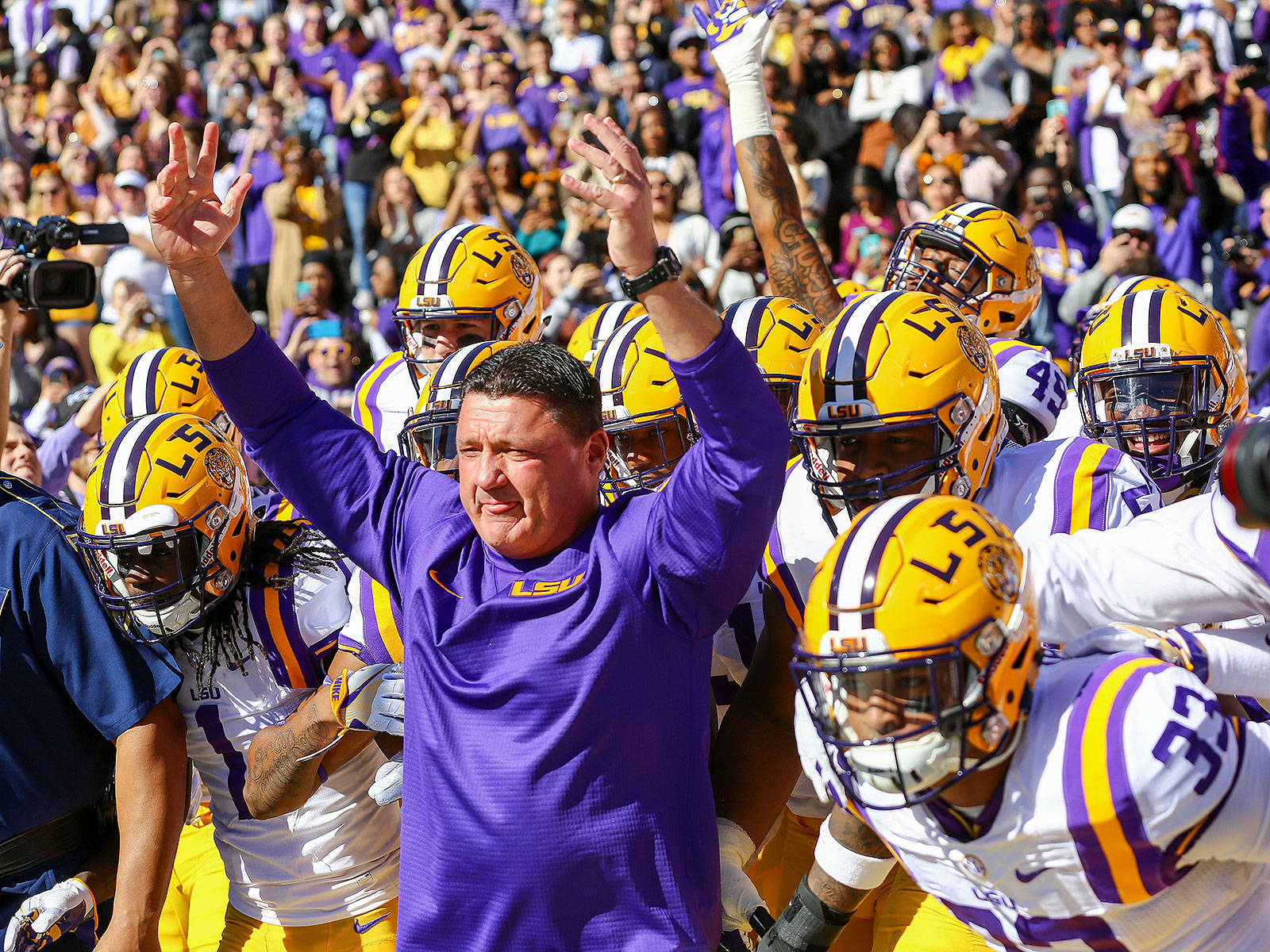 Maybe Texas could be back. Tom Herman has come in and has brought in the most talent Texas has had probably since the 2009 BCS National Championship team, that of course, lost. Not to say that this Longhorns team is as good, but it is certainly the most talent they’ve had since then as the program went through some tough times towards the end of Mack Brown’s tenure and the brief Charlie Strong era. Unfortunately, the talent on the roster for Texas is inexperienced as Herman only returns three starters on defense and five on offense. Despite the inexperience, Texas is a contender to win the Big 12 along with rival Oklahoma. The biggest question is whether or not the Longhorns are ready to take on a team as good as LSU.

Attention, for good reason, has been on the Georgia Bulldogs and Alabama Crimson Tide in the SEC. Both return veteran quarterbacks, great defenses and two Heisman contenders in D’Andre Swift and Tua Tagovailoa. In the shadow of those two SEC titans are the LSU Tigers. The thing is, they shouldn’t be. LSU is a legit National Title contender and one of the reasons why is their dominance outside of the SEC under Ed Orgeron. Since Orgeron has taken over as head coach of the Tigers, the program has gone 10-2 in non-conference play. Of course, you can expect stellar defensive play from LSU as they are one of the nation’s best. What makes this team a contender is Joe Burrow. The Achilles heel of past LSU squads has been quarterback play. That doesn’t seem to be an issue this season. Pair that with the fact that the Tigers return almost their entire receiving group and this offense is in position to do some really good things in 2019.

The opening number for this game was -4.5 with the Tigers being the favorite. That number has now jumped to 6.5. It’s understandable why this number isn’t larger. This game does feature two top 10 teams. However, LSU is experienced, has more talent and dominates in non-conference play. 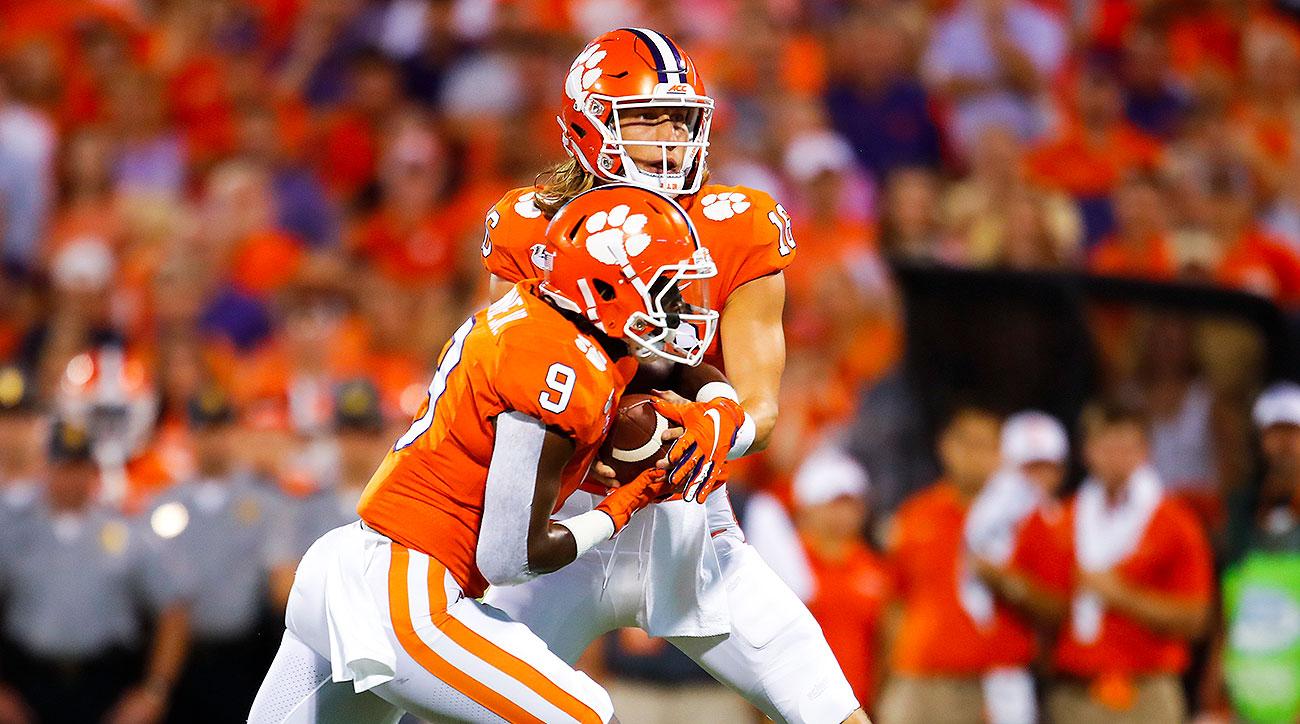 Controversial touchbacks. Second chances. And a failed two-point conversion that would’ve tied the game. The 2018 matchup between Texas A&M was spectacular. We got to see a bit of why Trevor Lawrence was tagged as a prodigy in his freshman season. Kellen Mond made a statement with 430 yards and three touchdowns.  Things have changed quite a bit since this game. Lawrence would later take over as the starting quarterback and lead his team to a National Championship, while Texas A&M finished with a 9-4 record and a bowl win over NC State. Despite the late-game drama from last season, Clemson is a heavy favorite against the Aggies.

There are a few reasons why that spread is as high as it is. 1) Texas A&M has lost a lot of experience on both the defensive and offensive sides of the ball. Jimbo Fisher’s squad only returns four starters on defense and loses its top two skill players. Tight end and leading receiver Jace Sternberger and leading rusher Trayveon Williams are both in the NFL now. The defense lost even more production as the six leading tacklers are all gone. 2) Clemson as a program has really taken its game to another level. Obviously Clemson was a top team last season as it was ranked 2nd in the last meeting against A&M. The difference now is that Clemson has become another Alabama. The Tigers are considered unstoppable until proven otherwise.

Don’t rule out the Aggies. It can be tough to bet against the Tigers and for good reason. They’re a dominant football team. The Aggies, however, return seven starters on offense and Mond is back for another season. Fisher knows how to get his team ready for big games and absolutely knows how to coach in during those games. The 2019 version of this game might not have the same drama as it did last season, but I expect this to be a tough game for the Tigers. 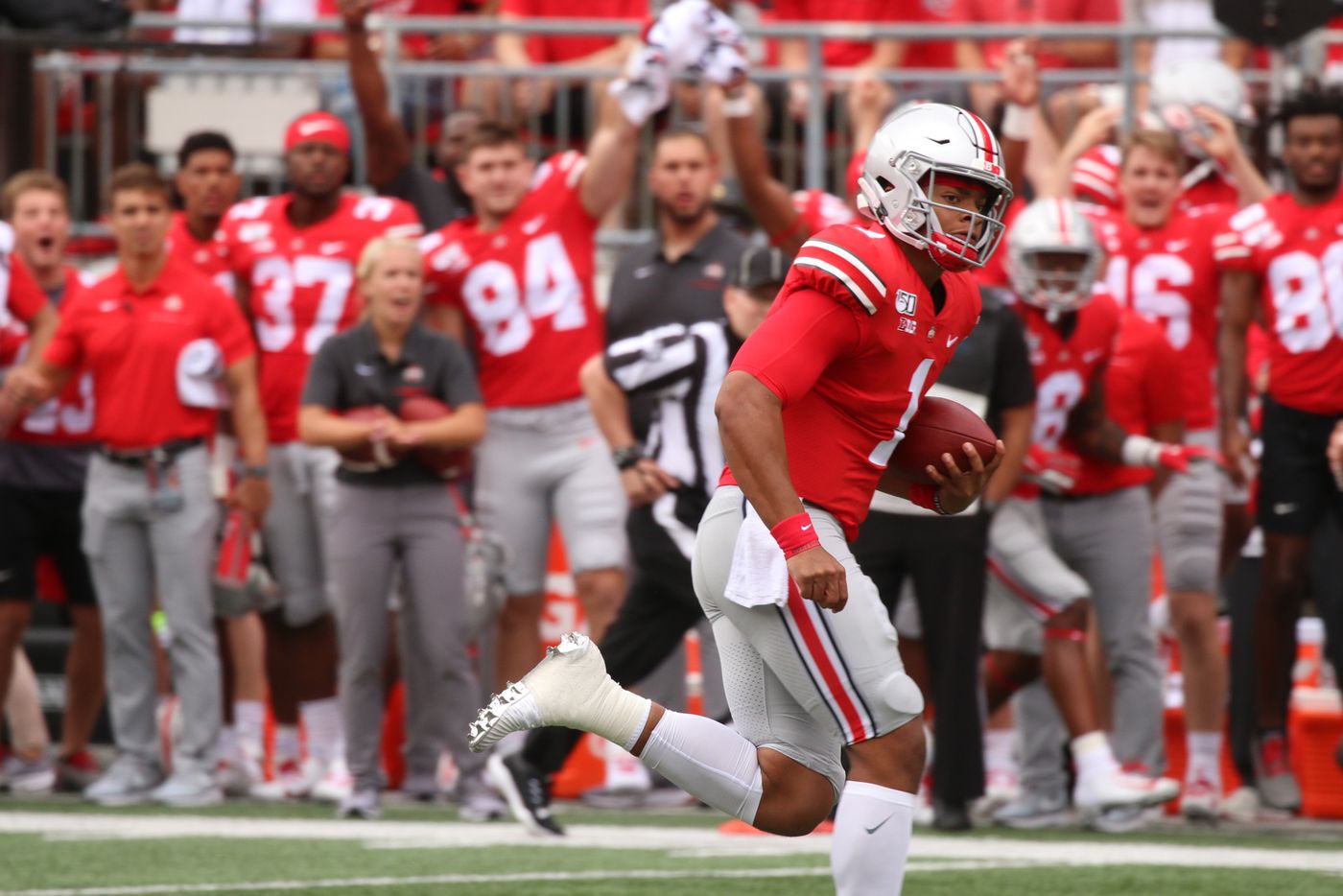 Oklahoma made it to the playoffs last season. With only one loss, which was against Texas, the Sooners had no trouble making it into the Playoff yet again. However, there was one other game that gave the Sooners a scare and could have knocked them out of the playoff picture. That game came in Week 4 as it took Lincoln Riley and Heisman Trophy winner Kyler Murray overtime to finally put away Army. The triple-option offense can be tricky at times for teams to handle and currently, the Black Knights are the best at it in the country. Michigan looked sloppy in its season opener against Middle Tennessee State. The Wolverines cannot afford to have a sloppy performance against Army or things could be difficult for them in Ann Arbor. Michigan’s head coach Jim Harbaugh has been criticized for not being able to beat Ohio State, but one thing Harbaugh’s teams have done well is winning non-conference games. In fact, the last time the Wolverines lost to an unranked non-conference opponent was in 2015 against Utah, which was Harbaugh’s first season as Michigan’s head coach.

As for the other powerhouse in the Big Ten, they have a tough in-state matchup which features one of the Group of Five’s (or Power 6) best teams. While the Cincinnati Bearcats may not be a team with National Title hopes, they certainly are hopeful to win the American Athletic Conference, which is no doubt the best conference outside the Power 5 this season. Ohio State should be able to take care of the Bearcats. What makes this game interesting is how Justin Fields will perform if Desmond Ridder and the Bearcats can put some pressure on the Buckeyes. But there should be no reason to doubt the Buckeyes. They have not lost to Cincinnati since 1897 and have won 29 of their last 32 home games against non-conference opponents. Ohio State should win, but it would not be a surprise for the Bearcats to be a challenging task for the Buckeyes on Saturday.