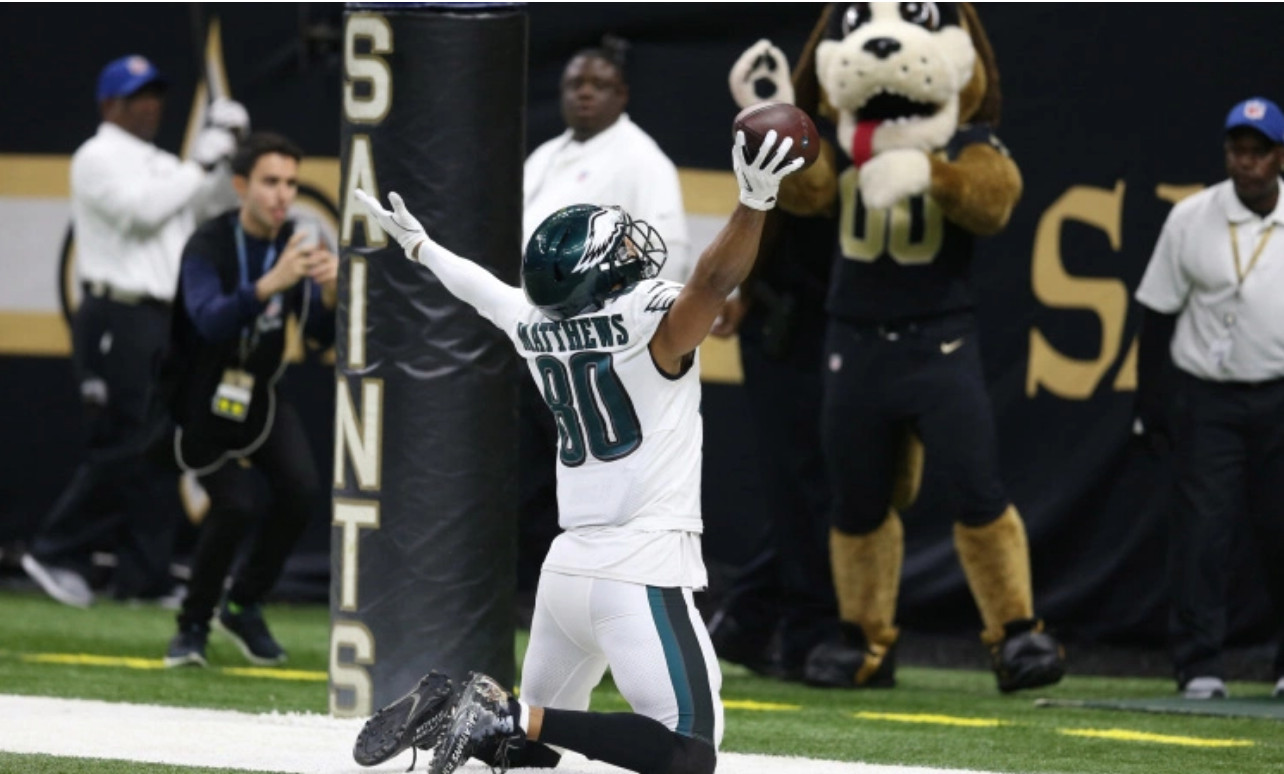 Jordan Matthews is back.

After the Philadelphia Eagles placed DeSean Jackson on injured reserve following his core muscle surgery, they signed Matthews on Wednesday.

This is Matthews’ third different stint with the team. He was a second-round pick in 2014 and remained with the Eagles until 2017 when he was part of the package that landed them Ronald Darby from the Buffalo Bills. Matthews was with the team for 14 games last season and spent the summer with the San Francisco 49ers before being released.

Matthews had 20 receptions for 300 yards and two touchdowns last year.