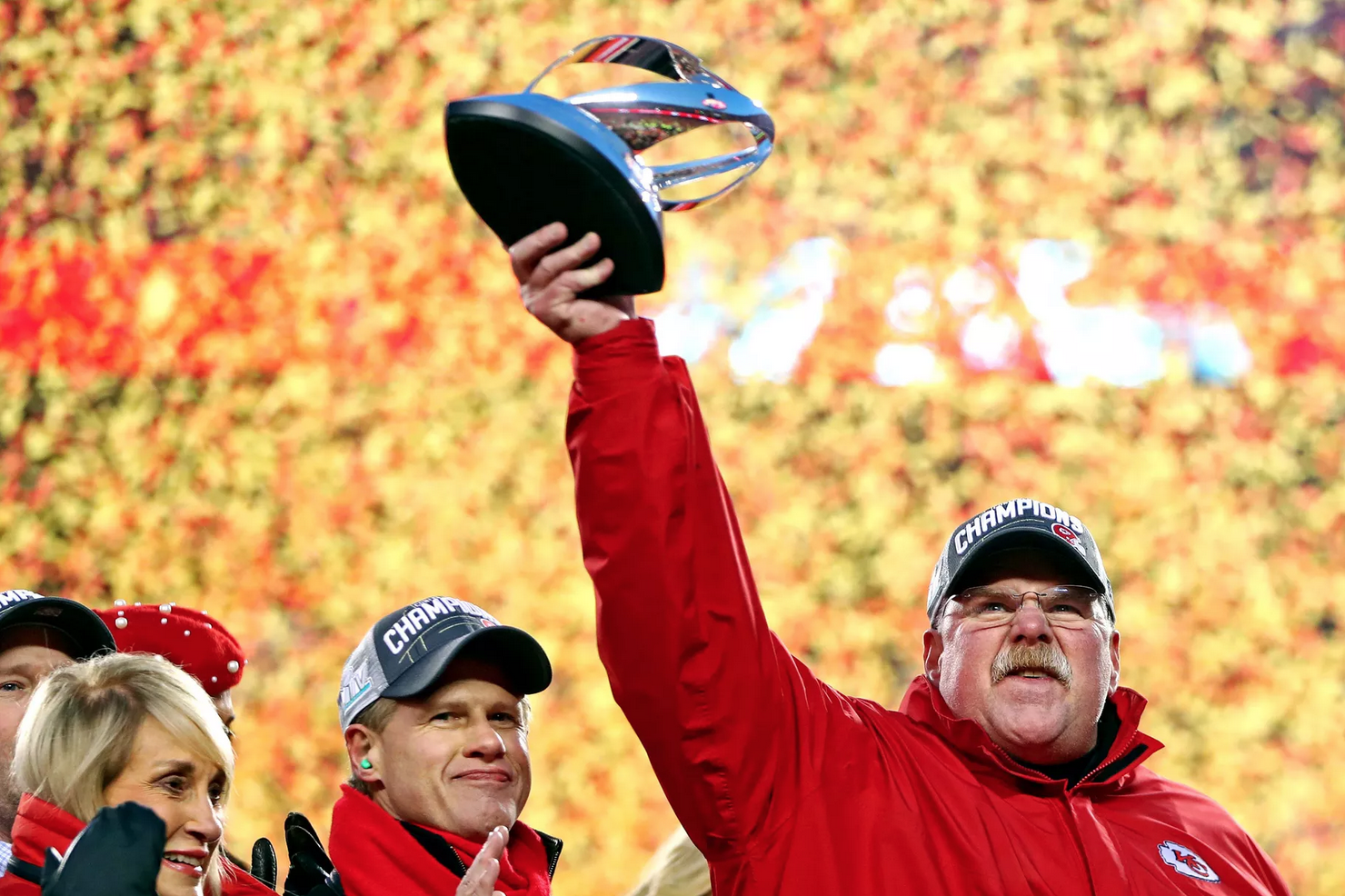 The red sea parted so wide that even Andy Reid could fit his thick little hips through it. The defending-champion New England Patriots got knocked out in the Wild Card Round and the 14-2 Baltimore Ravens in the Divisional playoffs. All the Chiefs had to do to get to the Super Bowl was beat the inconsistent Houston Texans and the 9-7 Tennessee Titans.

With Reid, though, nothing is. This Chiefs playoff run has had all the gaffes that a Reid team usually makes in the postseason. They fell behind 24-0 inexcusably against Houston before storming back and trailed 17-7 early in the AFC Championship Game against Tennessee, but unlike prior Reid teams, this Kansas City one is overcoming all of the adversity.

We’ve witnessed all the heartbreak Reid has endured, the gut-wrenching Philadelphia Eagles NFC Championship losses to the Tampa Bay Buccaneers and Carolina Panthers in 2002 and 2003, respectively. Kansas City has seen it too. There was the 2013 Wild Card game where the Chiefs blew a 38-10 lead to Andrew Luck and the Indianapolis Colts and also the 2017 Wild Card when the Titans rallied to beat KC.

What’s the difference between this Reid team and all of the others?

With Mahomes at the helm, no deficit is insurmountable as witnessed by the Texans game when KC rallied from that 24-0 gap to actually take a 28-24 advantage into the locker room at halftime. In his career, Mahomes has faced a double-digit hole nine times and has led the Chiefs back in five of those contests. The Chiefs are 27-8 with him as a starter and he has yet to lose a game in his career by more than one score.

Mahomes has tossed eight touchdowns and no interceptions during his postseason run, while also leading the team in rushing in both games with 53 yards during each encounter.

So not only does Reid have a quarterback at his disposal who can overcome the mistakes that a potential prior Reid team wouldn’t, his defense closed the regular season playing their best football of the year. After the 35-32 loss to Tennessee, the Chiefs responded by allowing just 11.5 points per game over their final six games.

Let’s face it, there’s nobody who deserves this Super Bowl right now more than Andy. There’s a reason why Reid has been able to stick around for so long. In a league that is so progressive and constantly evolving, we’ve seen a lot of head coaches come and go, but Reid has been a constant. His 207 wins are the seventh most in NFL history and all those victories showcase his ability to always stay ahead of the curve. The complaint in Philadelphia was that he threw the ball too much, but everyone today throws the ball too much.

Big Red was just ahead of his time.

With a red-hot Mahomes paired with a red-hot defense to go to battle with against the San Francisco 49ers, that time might actually be his in Miami.