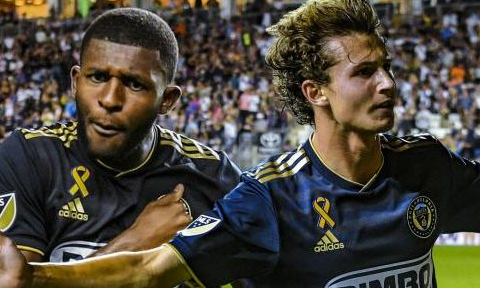 The Philadelphia Union lost to eventual MLS is Back Tournament winner Portland Timbers 2-1 last Wednesday and now wait to take the pitch again to finish out the 2020 Major League Soccer season, beginning August 21 at the New England Revolution.

“There’s real offers that are coming in … I have some input in if the timing is right for the players.”

“Obviously, we’ll speak and we’ll have some meetings at the end of the week to put some things in motion internally, and we also recognize now that if one does go out, we have to bring a good one in as well.”

McKenzie and Aaronson have received a lot of attention from Europe during the tournament, and it sounds like the Union will work to make sure their respective careers continue to advance, even if that means leaving the Union.

“To see Mark’s growth and development as a center back that can pass through the lines, dribble out of the back, that can hit a 50-60-yard right and left-footed diagonal. He’s ready. He can play.”

“Brenden is the same … Often times when the buzz starts and there’s lots of eyes on games and people hear that there are scouts that are watching all over the world, they tend to shrink and get a little bit smaller. These two grew and blossomed. Part of that was they have good players around them and our team is playing good soccer. To see them now grow and get better each and every day is something we’re excited about.”

You can hear the full interview below.