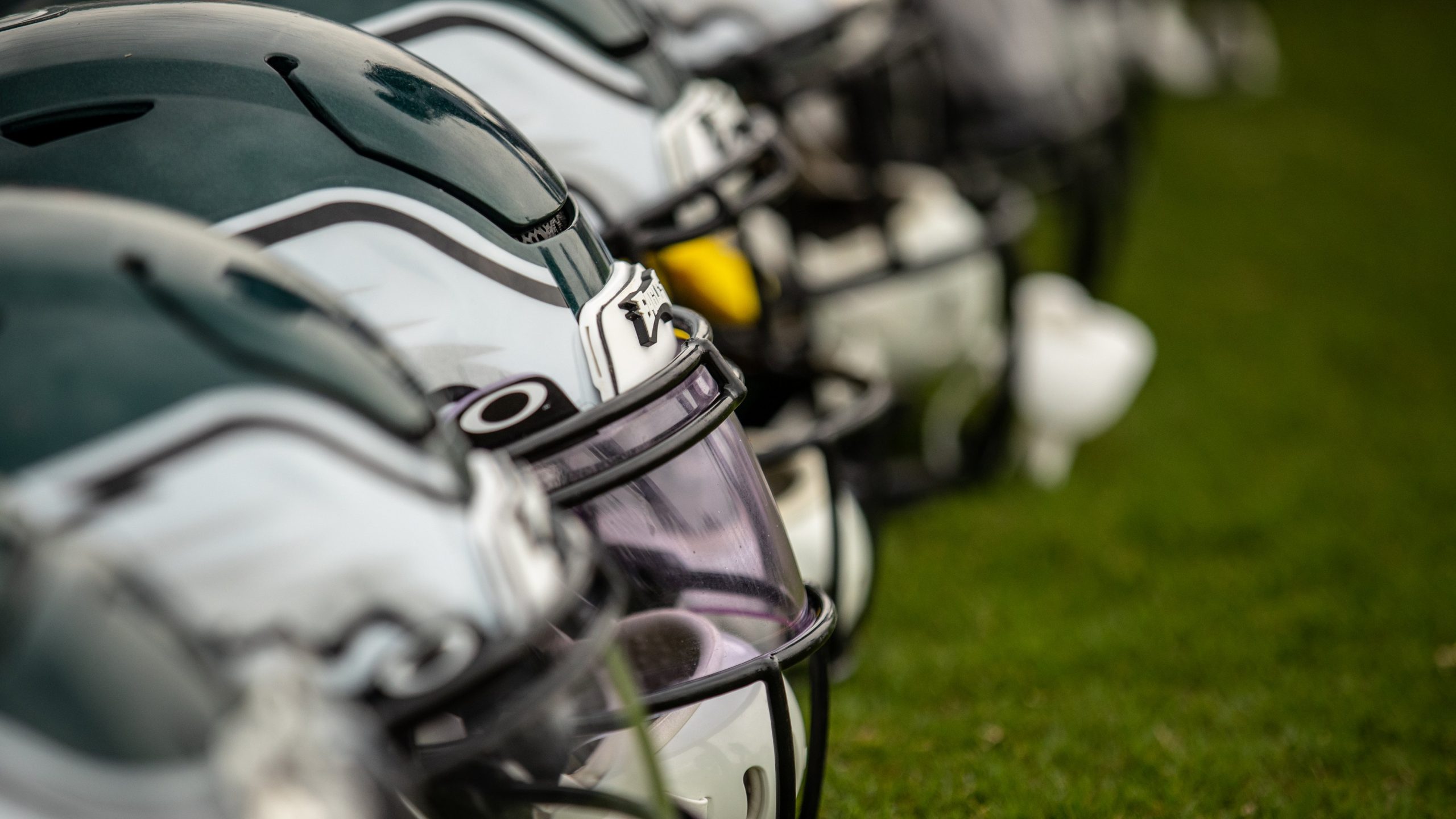 The Eagles made a blockbuster trade this week, but it remains to be seen whether Howie Roseman can be trusted to make this all work out or not. Two of the NBA’s top teams are getting even stronger, while the Sixers make a small splash at the NBA trade deadline. The NFL regular season is expanding.

All that and more in this week’s Brew:

The Eagles traded out of No. 6 in this year’s NFL draft

Did the Eagles help themselves?

What can we do with our draft capital? @EaglesInsider takes an in-depth look.#FlyEaglesFly

Thoughts on the Eagles decision to trade back in the draft: https://t.co/QGywJTCXku

And you thought this season was long….

*Can’t screw up a wide receiver pick if all the top wide receivers are gone after you trade down* pic.twitter.com/xsBitvlzhQ

If you are taking a WR , do you really think the drop from 6 to 12 decreases your ability to win games this year?
Top 12 WR no good anymore? pic.twitter.com/cXBynL2Pas

No. 6 is looking like a golden spot to draft right behind all of the quarterback needy teams. I’d rather take that pick than adding another first round pick in the 20s next season.

They went from the surest thing possible to now just stockpiling for decent first round players.

Before the Eagles’ deal, the Dolphins made a trade with the 49ers

The NFL will be going to a 17-game regular season

Alvin Kamara isn’t happy about it

Alvin Kamara is not a fan of the NFL’s reported 17-game schedule. 😳 https://t.co/7xRjcyYxxp pic.twitter.com/hsD3rf4QXo

We have acquired George Hill and Ignas Brazdeikis in three-team trade.

Oral Roberts’ Cinderella story is over

Jahvon Quinerly BEHIND THE HEAD 😱

UCLA and Oregon State are heading to the Elite 8

UCLA (11) and Oregon State (12) marks the first time that multiple teams, seeded 11th or lower, made the Elite Eight in the same tournament 😯 #NCAATournament pic.twitter.com/5750DdXGgT

Ted Cruz went to the border, probably to sneak off to Cancun again

Sen. @tedcruz: “I’m down at the Texas border along with 18 senators. We made the trip to see the crisis that is playing out.” pic.twitter.com/zxNA1lXA3m

Drug cartels are using harsh tactics of heckling these days

Ah yes, the Mexican drug cartels, which of course are famous for their merciless heckling of their enemies. https://t.co/sFUj5f3cgW

That’s when Private Ron Johnson got the call. We were spotted. Not by the enemy, but by our former commander. He was in a rage that we hadn’t put his name on the side of the boat. We were gonna have to go back and do OPERATION PHOTO-OP all over again. War truly is hell. pic.twitter.com/QgsBF70IjN

But why are the 18 wrinkled grandpas at the border?

Sen. Lindsey Graham (R-SC) at the U.S.-Mexico border: “Why are 18 senators here? Because it’s the biggest issue facing the country in many ways right now.” pic.twitter.com/Bb8dy5RXof

If the Rio Grande really is infested with violent terrorists and cartel murderers, sending 17 Federal Republican Reps on a riverboat cruise was a huge national security risk.
But it’s not dangerous so they did it.pic.twitter.com/45u7VmZHNC

when you wear a white polo to a purported battle zone pic.twitter.com/XpWqPXSPFB

Sen. Steve Daines: “Twenty years ago in Montana, meth was homemade. It was homegrown. And you had purity levels less than 30%. Today the meth that is getting into Montana is Mexican cartel.” pic.twitter.com/Xtu1geaVxJ

Georgia Republicans voted to suppress the vote this week

It could easily happen in many other states where extreme Republican legislators want to change laws to rig elections.

State leaders who will protect voting rights are the shield to save our democracy.https://t.co/RpNpqE2Mlg

This is nothing short of an outrage

What happened in #GA this week was not an isolated event. Our right to vote is under attack. 43 states have introduced more than 250 bills to restrict voting access.

Check out the #Passover and #Easter deals in this week’s Philly Sips & Eats, courtesy of @CandisRMcLean.https://t.co/fBF6calIyx

LaMarcus Aldridge to the Nets

THIS DOES NOT LOOK GOOD#FlaPanthers Aaron Ekblad is being stretchered off the ice.
🎥 @FOXSportsFL pic.twitter.com/FN07IakHtv

The United States has missed its third straight Olympic men’s soccer tournament, losing to Honduras 2-1 in a qualification game. https://t.co/9cggodGDGd

Sam has been the student manager on the squad for four years.

The Phillies sent Scott Kingery back to the minors

ICYMI: @nickpiccone with some thoughts on the #Phillies sending Scott Kingery back to the minors #RingTheBell | #MLBhttps://t.co/TYYd3Pvtp7

And with that news – Edge snapped

With a steel chair in hand, @EdgeRatedR SNAPPED on #SmackDown! pic.twitter.com/4ZpRQtSSEi

Kane is headed to the WWE Hall of Fame

ICYMI: @undertaker informed @KaneWWE on #WWETheBump that the Big Red Machine will be inducted into the #WWEHOF Class of 2021! pic.twitter.com/QHCCsaC0UN