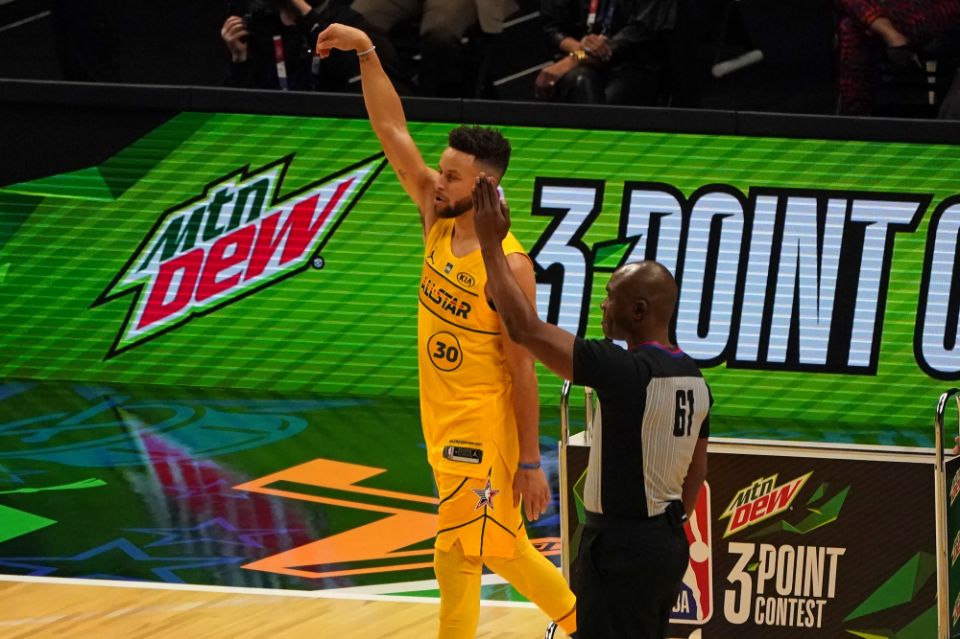 We’re back at it again with the latest edition of the Morning Brew. We’re coming off of NBA All-Star Sunday in Atlanta, aka NBA All-Star Weekend sponsored by COVID-19 – where all festivities were held in a condensed evening due to safety and health protocols. All Elite Wrestling held their Revolution pay-per-view Sunday night, with another “big” signing. All of this and much more in this week’s Brew!

18 months for @foxphlgambler & this week was our best week in quite sometime. A lot of hard work happening, we appreciate everything! Mentions, listens, everything… thank you. pic.twitter.com/lpDBLvjXFO

76ers All-Stars Joel Embiid and Ben Simmons have officially been ruled out of the All-Star Game due to contact tracing.

Here’s the NBA press release on the matter

The NBA has ruled Joel Embiid and Ben Simmons OUT of tonight’s All-Star Game: pic.twitter.com/RUn4iNrfwc

LeBron James reacts to the situation

LeBron James on Ben Simmons & Joel Embiid: “Well I think it’s, it’s very unfortunate that, Joel and Ben won’t be able to play on our game tonight. Obviously, they are two worthy All Stars and this means a lot to all of us even no matter how you feel about having to be here.”

Domantas Sabonis wins #TacoBellSkills to earn an additional $75,000 for UNCF, bringing the total to $250,000! pic.twitter.com/s4FTi2eyKd

All of #NBAAllStar in One Night on TNT

All of #NBAAllStar in One Night LIVE NOW on TNT pic.twitter.com/PtqZWgVIXm

Obi Toppin windmill over his dad and Julius Randle 😱 pic.twitter.com/KRsErC79mj

From the 3-point contest to the All-Star game, Curry is a bad man!

ah so this is what it would look like if Steph and LeBron ever played together pic.twitter.com/XabLOtiny4

Here are some more game highlights

LeBron can still throw it down even in his 17th All-Star Game 👑 pic.twitter.com/Npm6opjfBi

Steph with the dime 👀 #NBAAllStar pic.twitter.com/CtKk4PnklK

On the same damn team and one-upping each other! 🎯

Team LeBron dominates and comes away with the W 🔥#NBAAllStar pic.twitter.com/jlcP8koifL

The Greek Freak was the MVP

Brooklyn just got tougher to beat

Breaking: Blake Griffin is expected to sign with the Nets, per @ShamsCharania pic.twitter.com/45AaiMJKer

Bryce Harper mashed his first homer of the spring

Flyers fail in front of fans as Capitals fight back (@lhenry019)https://t.co/thHR7HzOAy

That Street Fight is the blueprint for cinematic matches. Perfectly shot and executed to utilize Sting without exposing him. Great stuff.#AEWRevolution pic.twitter.com/Rt7S1twPWk

…and we have our first explosion! #AEWRevolution pic.twitter.com/twypojuYox

Not a great look for Tony Khan and the fellas

How I celebrated my 30th birthday pic.twitter.com/R79oOvgxUa

Another view of #Shaq going through the table… #CodyRhodes #AEW pic.twitter.com/uNZXtmPeX8

I still like Dr. Seuss, so I decided to read Green Eggs and Ham.

So about Trump and the Republican Party

Scoop: Trump sent a cease-and-desist yesterday to the RNC, NRCC and NRSC to stop using his name https://t.co/hxKynja7jS

Joe Biden Stimulus Check: Who Will Get $1,400 and What Are the Changes? – Bloomberg https://t.co/Rg2MLtr4Ev via @GoogleNews

Federal investigators are examining records of communications between members of Congress and the pro-Trump mob that attacked the US Capitol, an official says https://t.co/sk7gb28rBk

AND look at what we have here

Do you know these individuals?

The @FBI continues to seek individuals involved in the violence at the U.S. Capitol on January 6. If you have seen the person in these photos, visit https://t.co/iL7sD5efWD to share information. Reference photo 251 when you leave a tip. pic.twitter.com/DTzCGuqYPy

Oh you have to be Fucking kidding me
pic.twitter.com/wvhwRbWAtQ

College students in Colorado throw a party with hundreds in attendance as we reach 525,000 deaths from COVID nationwide pic.twitter.com/bX0zfLS4Rp

Texas Governor Greg Abbott just lifted the state mask mandate intended to prevent spread of COVID-19 — and gets a round of applause and cheers.

Andrew Cuomo says he will NOT be resigning

NEW: NY Gov. Cuomo makes clear he will not be resigning, saying that demands from politicians that he do so are “anti-democratic,” after 2 additional women accused him of behaving inappropriately when they worked for him. https://t.co/GUOsNgaN3B

Losing on a buzzer beater then getting tackled into their pile is some serious rock bottom shit
pic.twitter.com/xol8sB6G20

Eminem has been armed and ready for cancel culture to come for him his whole career (via @toofab):https://t.co/f53ye1U7Hk

Public records from law enforcement show that Robert Burck was arrested for Resisting an Officer without Violence and Aggressive Panhandling.​ https://t.co/dlfsFyiOWZ

Things got crazy in Bath and Body Works

Bath and Body Works: 3 wick candles with a side of these HANDS

This man is not a good pastor

The rich get richer in the land of AMC

AMC furloughed 30,000 employees as theaters shut down around the country.

It just rewarded its CEO with a $3.7 million bonus on top of his $9.7M salary. Other execs got bonuses of $4.5M. Revenue is down 90% but its stock quadrupled because of Redditorshttps://t.co/80Rj3D2BRl

This analyst has issues with his wife 🙂

Is this basketball analysis or just an announcer throwing his wife under the bus on national TV?

Seems like a weird time to release some pent-up frustration. pic.twitter.com/cMqRwM6Hyu

NHL goal of the year?

The Royal Family is a mess