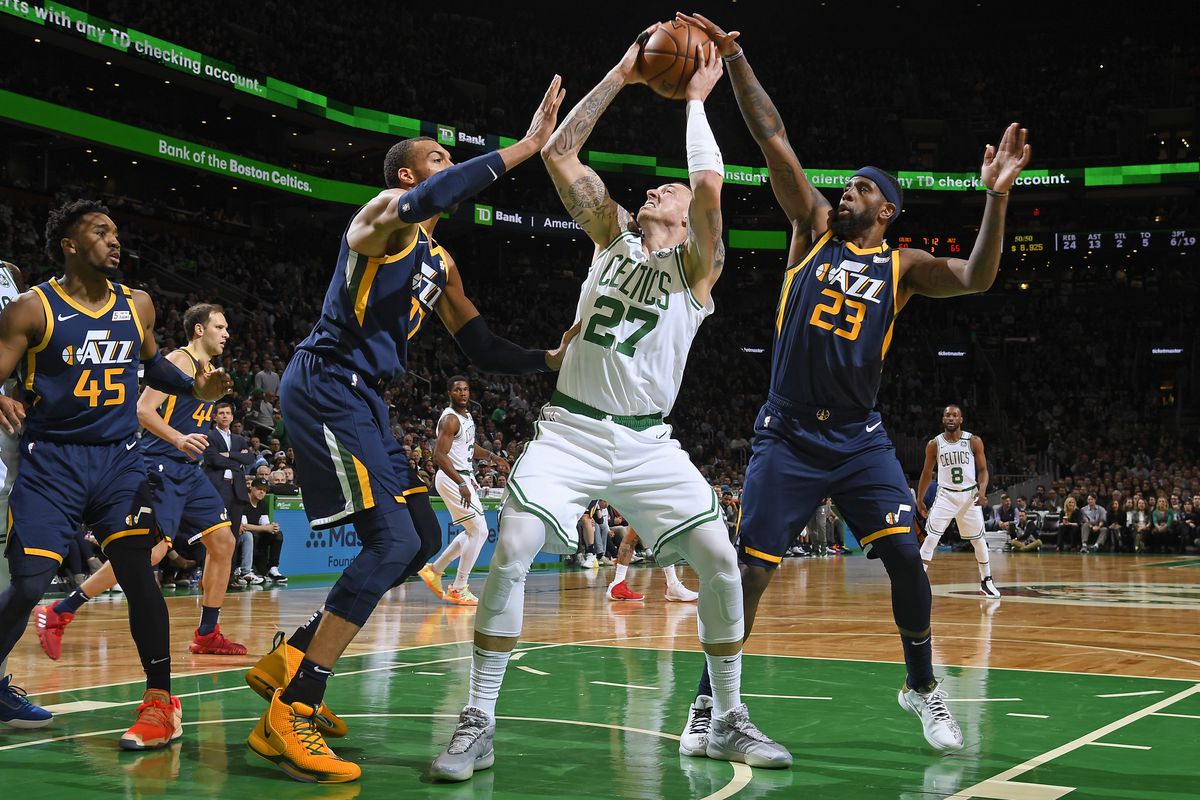 Yes, I know this is a painful time. You are sitting there, probably reading, listening, and watching every little bit you can about Bracketology and are trying to create your ultimate bracket. There’s just one problem … you have to wait another two days, three for the real action to begin. The only thing we can do, is try and enjoy some NBA action while building up our DraftKings accounts, prepping for the ultimate weekend that we have been waiting on for over a year now.

So before we become complete entrenched in college games this weekend, let’s get some NBA winners to make our Tuesday a little better. Here are your Tuesday Tips:

Ah, it seems like only yesterday that the Jazz were an unstoppable force, and that there were no immovable objects in site. Alas, we knew those free wins following that Utah heater had to end sometime or another. If you listened to my segment on The Gambler last week, you know I mentioned that Utah’s 69% cover rate was doomed to come down. And like clockwork, they have now lost five of six ATS.

Boston, on the other hand, seems to have found their stride a bit, at least in terms of outright wins now winning five of their last six SU. The Celtics are getting four points in this match-up currently, and I like the way they match-up against this Utah team. Boston, especially with Marcus Smart back in the lineup, has the athleticism to limit Utah’s perimeter based offense. This game can act as a statement game for the Celtics on their homecourt, and I like them to prevail in this scenario.

Give me the Celtics at home +4.

The Heat are a completely different team when Jimmy Butler is in the lineup. Those first half struggles where people were questioning whether the Bubble Finals appearance was a fluke, well, a lot of that overlapped when Butler was out of the lineup. I don’t expect the Heat to get back to the Finals, but to count them out is also a big mistake.

The Cavs have rebounded some since that awful ATS streak in the first half. They actually won five straight ATS after that streak ended. Since then, they’ve lost two straight, but an overall five out of their last seven is a pretty good record.

I think there is a reason Miami is not a double digit favorite very often, and I think that it is a mistake that they are favored by that much here.

Take those 11 points and ride with the Cavs in a low scoring game.

Have you ever heard someone build a case around a fact, and then make the exact opposite argument two seconds later? If you haven’t, you’re about to.

The Bulls have not been six-point favorites all season long, and right now they are giving 6.5 points to the Thunder. While I was surprised to see this, I did a little digging and this Thunder team is coming in very hobbled into Chicago. They are expected to miss George Hill, Al Horford, Darius Bazely, and (potentially) Lou Dort. If all of those players are ruled out, they are missing 50 PPG in production.

I’m not gonna hold my breath for the depth of the Thunder the step up and keep them in this game, I expect the Bulls to roll in this match-up.

Take Chicago at home and lay the 6.5 points.

Like I said, I know you’re all amped up for the college slate to get going, but let’s make some money and have some fun with the Association in the meantime.

Good luck and thanks for reading!