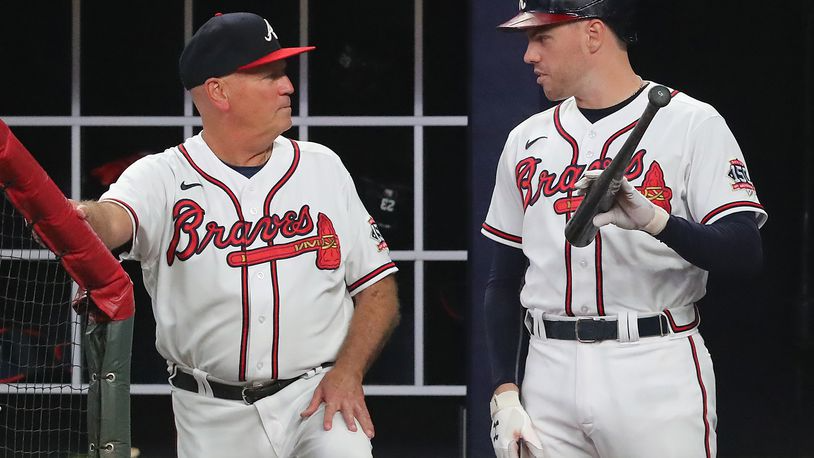 The Major League Baseball trade deadline has been wild with big names like Joey Gallo, Anthony Rizzo, Jose Berrios and some guy named Max Scherzer (and Trea Turner) on the move already. All of this movement makes for an interesting day in baseball betting, and I think I have some opportunities for us to take advantage of the sportsbooks who are still reacting to all the news.

With that, let’s dive right into our Friday Four:

Sonny Gray has had some rough starts in recent outings for Cincinnati, allowing six runs or more in each of his last two outings. The Mets on the other side will have their season (and team) debut of Carlos Carrasco, which likely means it will be a limited outing for the veteran pitcher as he works towards building up for the playoff push.

While I have concerns about the Reds pitching with Gray, their offense has been booming in their last five games, putting up at least five runs in each contest. The Reds offense has been one of the best all season long (sixth-best in MLB at 4.89) and in a bullpen game for the Mets due to the likely short Carrasco outing, I believe they can get over their Team Total of 3.5 runs in the game.

The Brewers seem to just be off of everybody’s radar in terms of world series threats, yet they continue to dominate and have a dominate pair of arms in Woodruff and Burnes in the front of their rotation. Burnes is on the mound tonight, and has gone 5 straight games of 5 innings or more with only 1 ER allowed in each of those contests.

We know the Braves lineup has had some holes in it with Ozuna’s domestic violence arrest and Acuña’s injury, so they are not striking a ton of fear in me to them breaking this streak against a dominant Corbin Burnes. DraftKings Sportsbook has recently added a few more betting options, one being first five inning team totals, and that’s where I’m heading tonight.

Take Braves under 1.5 runs in the First Five Innings.

Former Phillie Cesar Hernandez was just traded by his Cleveland squad, but it won’t take long for him to see them again as he will suit up for Chicago tonight in his new black and white stripes. The Indians became sellers even though they are second in their division, because they are such a distant second. The White Sox have had some injury issues, and Hernandez will be able to help fill in some offense that they have been missing.

Tonight, the depleted Indians team will face Cy Young contender Lance Lynn and his 1.91 ERA, while Cleveland sends out Jean-Carlos Mejia whose ERA is north of 7.5.  This has all the makings of a blowout to me, so I’m taking the White Sox -1.5 on the run line at -110 odds.

Another team that has been actively selling this deadline is the Minnesota Twins who have just today traded Jose Berrios (who was scheduled to start tonight) and prior to that Nelson Cruz. St. Louis is a bit caught in the middle, where they aren’t going to catch the Brewers in the division, but they are not a team built to sell with several big contracts they’ve acquired in last few seasons in Nolan Arenado and Paul Goldschmidt.

Going back to tonight’s game, Bailey Ober is set to start for the Twins instead of the recently traded Berrios, while Wade LeBlanc is on the mound for the Cardinals. Neither pitcher is even worth of a “good” rating, but I would give a slight edge to LeBlanc if we have to call it. Factor that in and that the Cardinals are a good home team (28-21) while the wins are a weak away team (19-30) and I’m leaning with the red birds in this one.

Let’s start the weekend off right! Good luck to all!