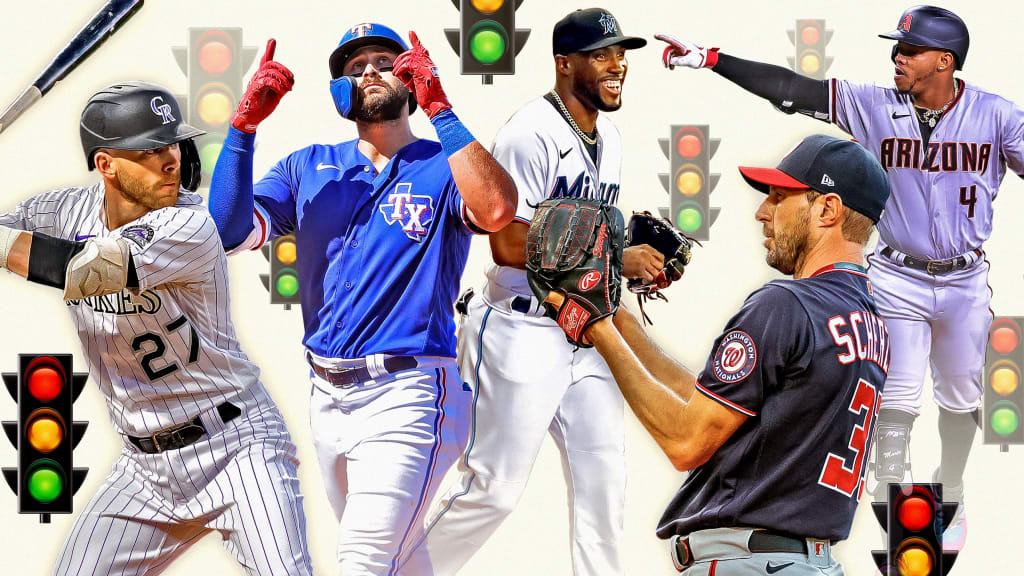 Wow! That’s all I can say. I need to catch my breath. The MLB trade deadline concluded on Friday and it was certainly one of the more exciting deadlines of years past. There were rumors, teases and deals flying all over the place right up until the last minute. Here’s your look at the deals made at the trade deadline.

The Phillies get some arms

Freddy Galvis is returning to the Phillies in a deal with the Orioles, source tells ESPN.

The ultimate winners of the trade deadline…the Dodgers

And this roster is STACKED. pic.twitter.com/WXWjWsNeDD

Joey Gallo was traded to the Yankees

The Texas Rangers will receive RHP Glenn Otto, 2B Ezequiel Duran, SS Josh Smith and 2B/OF Trevor Hauver as part of the package from the New York Yankees in the Joey Gallo trade, sources tell ESPN.

Rangers are getting massive haul of prospects in this deal. Others involved, too.

But the Yankees weren’t done wheeling and dealing

Breaking: The #Yankees are making a trade with the Cubs for Anthony Rizzo.

Yankees can’t stop, won’t stop – they get Andrew Heaney from the Angels too

The Yankees land Andrew Heaney from the Angels. 👀 pic.twitter.com/OMsbZDkQT0

The Giants trade for Kris Bryant

BREAKING: Kris Bryant is heading to the Bay Area 😮 @BRWalkoff

Giants pick up an All-Star slugger for the stretch run pic.twitter.com/MbGJYI4L68

Javy Baez to the Mets

Javy Báez is now playing in a new Citi.

Here’s your 1st look at the newest Met.
(per @Ken_Rosenthal) pic.twitter.com/qSHrtuP4Zg

The Red Sox got in on the action

Padres and Pirates make a swap

Breaking: The Padres are acquiring All-Star 2B/OF Adam Frazier in a trade with the Pirates.

All-Star INF Eduardo Escobar has been acquired from Arizona in exchange for OF Cooper Hummel and INF Alberto Ciprian. pic.twitter.com/qbSROeGhi0

The Mariners and Astros get a deal done

We have acquired the infielder and right-handed pitcher in exchange for RHP Kendall Graveman and RHP Rafael Montero.

We have acquired OF Starling Marte and cash considerations from the Marlins in exchange for LHP Jesús Luzardo. pic.twitter.com/Hzdv5iauBe

Berrios to the BlueJays

The #Nats are acquiring 25-year-old catcher Riley Adams from the Blue Jays in exchange for Brad Hand, per @Feinsand.

The Phillies reportedly wanted Kimbrel, so naturally Kimbrel heads to a contender

Jorge Soler is moving onto Atlanta as well

Jon Lester to the Cardinals

Jon Lester is going to the Cardinals, per a source

Lets hope that the second half of the MLB season is as exciting as the trade deadline was. Did the Phillies do enough to strengthen their Playoff chances? We shall see.