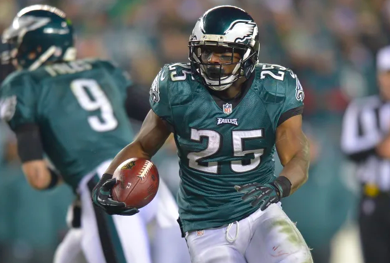 Lesean McCoy’s NFL career will come to an end today as the veteran running back announced his retirement after signing a one-day contract with the Philadelphia Eagles.

The Eagles’ all-time leading rusher spent six of his first 12 seasons in Philadelphia, going down as one of the best offensive players to represent the team’s colors. A former collegiate standout at the University of Pittsburgh, McCoy totaled 15,000 scrimmage yards and 89 total touchdowns in 170 regular-season games. He will be honored at the Eagles October 3 game against the Kansas City Chiefs.

“LeSean possessed a unique combination of speed, elusiveness, and an exceptional playmaking ability that made him one of the most dynamic players in the league, and one of the most productive players in the history of our franchise,” said Eagles owner Jeffrey Lurie. “LeSean carried himself with a rare blend of confidence and youthful enthusiasm, but he also was driven by a desire to be one of the all-time greats at the running back position, and that’s what made him such an exciting player to be around and watch every week.”

“He provided so many memorable plays and performances over the course of his career,” Lurie said. “We are honored to share in this special day with LeSean and look forward to recognizing him as the Eagles Legend of the Game on Sunday.”

A former second-round draft pick of the Eagles in the 2009 NFL Draft, McCoy was named to the Pro Football Hall of Fame All-2010s Team. He tallied 23 100-plus yard rushing games in his Eagles career, which is the second-most all-time. His statistics also included a 217-yard rushing performance against the Detroit Lions in the show on December 8, 2013.

While McCoy did not win a Super Bowl in Philadelphia, he does walk away from the game as a two-time champion after being a part of the Kansas City Chiefs (2019) and Tampa Bay Buccaneers (2020).

“I still have that green inside my heart,” McCoy said in a club interview. “There are times when I’d see the Eagles on TV, and it just felt weird not wearing that uniform. I instantly think back to all of those big games and the roar of the fans; I’ve just always seen myself as an Eagle. It’s only right to come back home and retire an Eagle.”