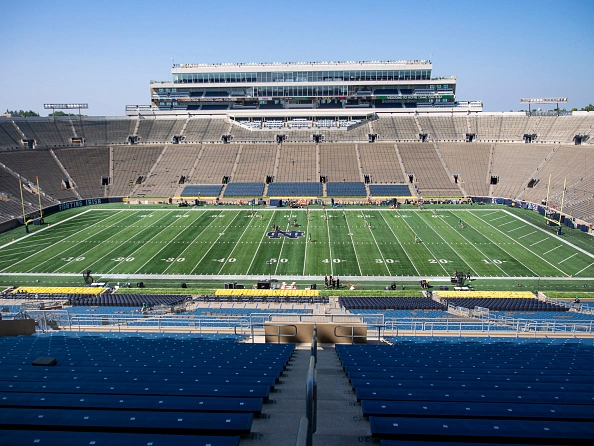 Even though you know the day is going to come, you’re just never quite ready. You’ve known her since your junior year of high school, had countless trips with her, and went through the all roadblocks and maintenance, and then one day, she just can’t do what she used to anymore.

Sadly, my 2004 Mercury Sable has, finally, after several prior near-ends, had its last ride. The car that started smoking like a Marlboro factory and caught fire in the Phillies parking lot in 2013 [euphemism for the team?], the car that would lose its right side mirror every time it went through a car wash [and then pop back in like a champ right after], and, of course, the car that would sometimes take five tries to start but eventually got going no matter what. That care made it through thick and think for 17 years, the last 11 under my watch.

But in the words of another machine (Vision from the Avengers), things aren’t beautiful because they last. While everyone who knew the Sable made plenty of jokes at its expense, it was still always there for those who needed its services.

But I won’t be sad because it’s over, I’ll smile because it happened.

This week’s picks are dedicated to the great Sable.

Coming into the year, Cincinnati was the outlier in the top 15, being the highest ranked group of five teams by far in the initial rankings. After a very solid campaign last year that ended in a close Peach Bowl loss to Georgia, both the coaches and the AP were buying in that the Bearcats were going to be successful once again this year.

So far this year, UC has handled the competition fairly easily, with the closest game being a 14-point victory at Indiana last week. Notre Dame will be the first big game for Cincy, and really is the due or die game for any playoff hopes they have.

Notre Dame also came into the year very highly ranked, but that obviously isn’t much of a surprise based on the big name. That being said, I haven’t been impressed with what the Irish have done so far. Super close wins over Florida State (currently 0-4) and Toledo raised some serious red flags. Yes they did just have their most impressive win of the year against Wisconsin, but I don’t really like how Wisconsin has looked so far this year, and that game which ended as a blow out was tied going into the fourth quarter.

Notre Dame’s inconsistency has caused them to be a two-point underdog at home in this scenario, and I think that’s there for a reason.

In my mind, Oregon still has to be considered one of the most surprising team of the college football season. Started off with an escape win against Fresno, but since then have taken care of business, including the big upset over Ohio State. I haven’t really bought into to many Pac-12 teams over the past few years, but I am sold on the Ducks being an elite team, and I expect them to make the playoff by running the table in the Pac-12.

Stanford on the other side comes in at 2-2, with an ugly loss against Kansas State, and more recently an 11-point loss at against Chip Kelly’s UCLA. I feel very confident that Oregon is better than UCLA, and I don’t believe Stanford will be able to hold the Ducks to less of a loss than they just suffered against the Bruins.

I understand all the hype around Ole Miss and Matt Corral, I really do. He is one of the best QB talents in the country, and the Rebels offense has looked electric for the first few weeks of the season, putting Corral right in the Heisman conversation. That being said, this is the first real test of the season for Mississippi, with their best competition so far being against Louisville in Week 1. They now move onto what has been the toughest test in the NCAA over the last decade in Alabama.

Did Alabama show vulnerability in their win two weeks ago over Florida? Sure. It was only a two-point victory. Personally, I felt that said more about what Florida can bring to the table this year than any holes in Alabama. It just feels like a story we have seen a thousand times over the last decade or so. Alabama pulls out a close game against an underrated opponent, the spread in the next big game for them goes lower than it should (Ole Miss hasn’t kept it within 14 against Bama in any game since 2016, let alone in Tuscaloosa), and then Saban and his army simply dominate the opponent.

Also don’t know if you’ve heard, but Old Saint Nick has had some success going up against his former assistants, and Lane Kiffin on the other sideline is certainly one of them.

The Carson Wentz era in Indy has started much like the end of his tenure in Philly, plenty of losses. The Colts, a playoff team last season, have started out defeated so far this season, but I will say there should be an asterisk next to that. Indianapolis has had one of the hardest schedules to start the season. The Seahawks, Rams, and Titans are all teams with playoff, and even Super Bowl, expectations this season, and the Colts were at least in each of those games and weren’t completely blown out.

Miami is off to a 1-2 start, and are coming off a heartbreaking loss to the Raiders. Tua is going to be out until at least Week 6, but I’m not sure Miami is any worse off with Jacoby Brissett under center. Still, Miami seems like a team who might still be a few years away from really competing to me. Yes, they lost to the still undefeated Las Vegas Raiders, but the Dolphins blew a huge lead to them and I’m not sure I actually buy that Vegas is that good yet. They also got obliterated in Week 2 by the Bills, 35-0, which tells me they aren’t ready to handle the bigger games yet.

The Colts to me are the better team even with the worse record, and I think the wrong team is favored here.

The Panthers were a team I was buying into before the season (loved that TT over 7.5 wins), and so far they are rewarding me for it starting off a perfect 3-0. Has the competition been great, no, but you got to beat who is in front of you (wins over Jets, Saints, Texans so far this year). Matt Rhule seems to have things going in the right direction though, especially on defense where he specializes, with 14 points being the most allowed in a game by Carolina this season.

Now, to the other side… I hate to say it, but this Cowboys team seems legit to me. We knew there was a good chance the offense was back since Dak is healthy, but the bigger surprise to me is that the defense also looks solid. The defense that was a complete joke last season has been a benefit to Dallas this year, which is a scary thing how quickly it has turned around. They have held the Chargers to 17 points, Eagles to 14 (I’m not counting the Fletcher Cox TD against the defense), and 31 to what many consider the best offense in football in Tampa Bay.

The total in this game is at 50.5, which is way to many points in my opinion considering how highly I now respect both of these defenses.

The reunion we’ve been waiting for since the end of the 2019 season… The GOAT against the Hoodie is finally here. Everything since that breakup has gone Brady’s way. Obviously, winning the Super Bowl is the main piece, but he’s also gotten to be way more involved in the offensive style and roster decisions since moving to Tompa Bay.

Back in Foxborough, things have not been as peachy. The Cam Newton experiment didn’t work out last year, and the Patriots missed the playoffs for the first time since Brady was injured for the year in 2008. With Mac Jones now being the true heir apparent, there is at least some light at the end of the tunnel for Patriots fans (who I feel zero sympathy for). Still, a 1-2 record to start the year probably wasn’t in the gameplan for Belichick to start the season.

The spread opened up at 5.5 and has moved up to 7 in favor of the Buccaneers with a whopping 97% of the handle going on Tampa so far.

I definitely understand the narrative that we have seen over the past 18 months is driving everyone to take Tom, but that’s when I feel like everyone is missing what is right in front of them. The Patriots have been 7 point underdogs only twice at home since 2002, and both of those were last year where they split ATS 1-1. Those were both with bigger questions at QB than what they have now. I understand Mac Jones is a rookie, but he is already a better fit than Cam and others New England put on the field last year.

This is a legacy game for Belichick, who many consider to be the greatest coach of all time. With the game in what still remains his home building (not Tom’s), I’m expecting him at minimum to keep this game close.

Give me the Patriots +7 at home.

Sable, this weekends for you (and hopefully will help fill my bankroll to replace you)! Good luck everyone!