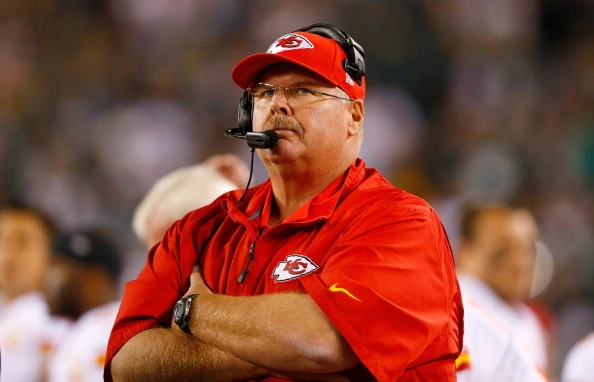 Oh, it’s bad. Real bad. Injuries again. Bad playcalling. Bad quarterback play. It’s like it never left. This season could get really bad really fast. But we’re gonna continue to give our predictions and best bets and hope this Eagles team can still at least affect our wallet in a positive way.

The beatdown by the Cowboys gave us Eagles fans a dose of harsh reality. During the offseason, I had the Birds starting 1-6, with the only win coming at Carolina. Now we’re looking more like a 1-10 start. It should be expected with so much dead cap space and poor drafting for the last half decade. As far as it goes to the Chiefs, it’s pretty easy. The Birds won’t win, but to cover the 7.5 points, keep the KC defense on the field as much as possible. The strategy: never punt. It doesn’t matter where on the field the Eagles are, limit the KC possessions. This will never happen, but it’s the only way the Birds could possibly cover.

There are still many unanswered questions surrounding this Eagles team with none of those answers to come this Sunday against the Chiefs. This certainly isn’t a game you use to revive your team chemistry or build confidence. With a depleted line on both sides of the ball, a HC Coach who continues to make you doubt the decision to hire, and a QB who is still trying to find his way, I see nothing good to take away from this game. Hey, there’s always Fantasy Football!

Now that the hype has died down from the week 1 victory, the fan base is starting to realize that we are in for a long season. Despite only having 4 wins last year the Eagles still have an absolute gauntlet of a schedule. Playing the AFC west just adds to that difficulty. Imagine getting launched into squid game and having to play each game consecutively. That’s the stretch the Eagles are entering here.

I’m going to keep this quick, I see absolutely no way how the birds keep this game close. Kansas City is coming off a loss and and put up only 3 pts in the first half last week. Aside from the obvious lopsided talent in rosters, I expect Mahomes’s first trip to Lincoln financial field to be a breeze. Hurts is no where near Mahomes’s level and the Eagles will struggle to keep up with the KC offense. I understand the Chiefs recent wretched record ATS but throw that all away this weekend. Lay the 7.5 points.

The wheels seem to be falling off quickly. Last week was just a disaster, and I think it raised questions about both Hurts and Sirriani. We now get the Cheifs coming to town, who are 1-2 and are themselves in an early season “must win” as they are last place in the AFC West. Sadly, this one will get ugly in my mind, as Mahommes finds hist footing.

The Eagles continue to be in a downward spiral with the high powered Kansas City Chiefs coming to Philadelphia. Andy Reid makes his return and will probably have a game plan that will highlight their high powered offense. Don’t worry, the Eagles will get their points too! The Chiefs defense is one of the worst in the league and the Eagles defense hasn’t been great either. Both teams are desperate for a win. I expect tons of points in this game with a Chiefs victory when all said and done.

The Eagles struggled with a top NFL offense in Dallas and will face similar trouble with the Kansas City Chiefs. Despite being at home, the Eagles will find it tough to slow down Patrick Mahomes and Co., who will be eager to rebound from last weekend’s loss to the Los Angeles Chargers. It might be close in the first half, but I fully expect KC to roll after halftime and pad a comfortable win.

Chiefs 31, Eagles 14.
Best bet: Patrick Mahomes Over 300 passing yards: Mahomes will be eager to get after the Eagles defense and I back him to throw the ball with ease on the road. Tyreek Hill and Travis Kelce will be the go-to targets for Mahomes at Lincoln Financial Field and with the Eagles secondary already low on confidence from the Dallas loss, I don’t expect him to find much consistency against the Chiefs’ dynamic group.

The Chiefs come in on a two game losing streak after turning the ball over four times against the Chargers. KC is 1-12-1 in their last 14 ATS but it’s hard to back an Eagles team after getting blown out by 20 on a short week to prep for a dynamic Chiefs offense. The Eagles OL injuries should entice Siranni to establish the running game and allow his backup OL to fire off the ball as opposed to pass blocking all day. KC’s defesne is last in yards per play allowed and defensive success rate. Let’s hope Siranni learns his lesson from last week and plays to his team’s strengths.

Well, this season is starting to suck real bad. The Eagles were dominated by the Cowboys on Monday Night Football and the Head Coach forgot that there’s a thing called running plays. This week Andy Reid and the Chiefs come to town to play at the Linc. Do I have confidence that the Eagles can win this matchup? Hell to the no. Although, in my lifetime of being a Philly fan, I know better than anyone that the games that a Philly team shouldn’t win, they do win. But face it, that’s not happening here. The Chiefs are on a downward spiral themselves, so they really need this one. In the end, the Chiefs offense will be too much for the Eagles. I have no clue what game plan Nick Sirianni will call on offense, though I do know he’ll wear some rad t-shirt to pander to the fans. I’d prefer he kept the pandering to a minimum and brought a competitive football team to each game.

Back at it and this time the Eagles get to play a last place team. Unfortunately, it’s the Chiefs. Let’s start with how the Eagles can keep this close. Keep the ball out if Mahomes hands. Yes, easier said than done but the way they were embarrassed on Monday night, you have to think Sirianni will coach cautiously and hope his offense can make a play or two throughout the game. Back at The Linc and I want to believe but the Chiefs are still an offensive juggernaut. High-scoring game, but the Birds come up short.

Yeah, my biggest fear came true. This Eagles team simply isn’t good enough. Actually, they’re simply not good. I’m not sure if it’s more talent or coaching, but the accurate analysis would be that it’s both. Both need to be extremely better to just make this game against the Chiefs competitive. While I’ll always be emotionally invested before and during at least the first part of the game, this year’s Eagles team has the ability to make me stop caring by the middle of October. They have a real shot to be worse than the Giants.