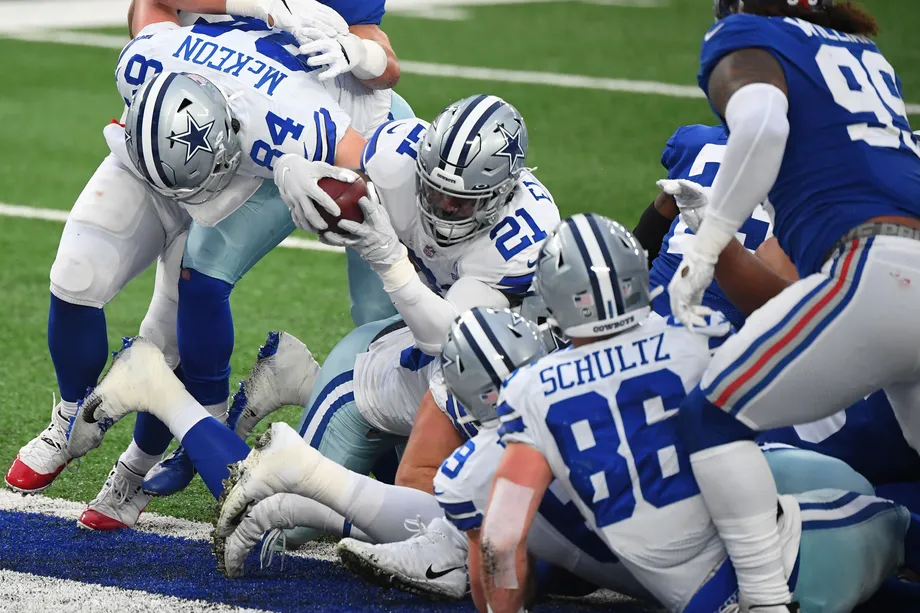 I know it feels like it sneaks up on us, but October has got to be the best month for sports, right? We have NFL, college football, MLB Playoffs, and the starts of the NBA and NHL seasons all in the same month. I know March gets a ton of love, and rightfully so with the NCAA Tournaments, but I’ve got to be honest – for me, it’s all about October. And it’s in full swing already.

Let’s make sure we maximize this great month with some winners, here are this week’s plays:

I said it both on the Daily Ticket with Sean Brace and Line Change with Jon Jansen this week, there has not been a more unimpressive undefeated team in the country than Oklahoma. Winning four of their five games by seven points or less (and the only one larger against Western Carolina). I know over the past decade, the Oklahoma offense has pretty much been a constant force in college football, so I understand the assumption that at some point they will figure it out. But just cause we want/assume something to happen, doesn’t mean it will. Pre-season Heisman favorite Spencer Rattler has been under whelming with the rest of the Sooners offense, and I’m just not believing in the “they can flip a switch” concept for them, it has been to long.

Texas on the other hand has looked very solid in four of their five games this season, with the only flaw a loss to Arkansas who has become a top 15 team in the country. Yes, Texas has lost 4 of the last 5 games in this rivalry, but they’ve won four of six ATS. They keep the games close, and this is the year I think they get over the hump (but I’ll still take the points of the pick).

There has to be an alternate reality out there with three different ball bounces, and the Mountaineers are undefeated. This team does have three losses, but all of them are by less than a touchdown, and all 3 losses are by a combined 12 points. This is a prime example of a teams record not reflecting what potential they really have, and they have also had one of the tougher schedules in the country with four of their five games being against Power Five teams.

Baylor has been good so far this year, coming into this matchup at 4-1, but this game acts as a sandwich trap for them. The prior two weeks, they have played Iowa State and Oklahoma State (going 1-1 in those games) who were both ranked at the time of their match-ups. After the WVU game this week, they will play No. 10 BYU, and then No. 21 Texas. It’s a rough stretch for the Bears, and I feel it’s a great opportunity for WVU to strike and pick up a win.

The spread in this game being only three points is obviously showing Nebraska a ton of respect. For the Cornhuskers, their most “impressive” games this season have been losses for me, where they lost by seven to Oklahoma, and to Michigan State in OT by 3. Both of those teams are undefeated, but I don’t buy in that either of them are really a great team at this point in the season, which therefore impacts my Nebraska feelings. They lost to Illinois in the season opener, who then lost to UTSA… I just don’t buy Nebraska has actually turned things around.

Michigan on the other hand has pretty much dominated each game they’ve had this season. They are one of four teams in the country to not trail for a single second in a game this season (along with Alabama, Georgia, and BYU), and had a dominant win over Wisconsin last week (who despite the record I still believe to be better than Nebraska).

I am a little nervous that the public is heavily with me on this bet, but I’m not going to overthink this one.

Is this the most interesting matchup of the day, certainly not, but that doesn’t mean there isn’t money to be had here. I do think the Vikings are going to win this game, but 9.5 is a lot of points for a team that just put up seven points last week. But the Lions are truly awful, so therefore I’m staying away from the spread in this one.

That leads us to the total. Detroit has gone under in their last two contests, and haven’t been able to get above 20 points scored in their last three contests. This is showing me that their early season hopes are starting to dwindle pretty quickly, and this Vikings defense is one of the better defenses they have played this season. For Minnesota, again they only scored seven points last week, and the Dalvin Cook lingering injury could be enough to contain them to another not so high number this week.

Lastly, seven of the last eight times these teams played in Minnesota, the under hit.

Do I really trust the Raiders? I think that’s a question that a lot of people have to be asking themselves after the first month of the season. Personally, I’m at about a 70% yes mark. I believe Derek Carr is an underrated quarterback in this league, and they are finally utilizing some of those weapons on offense correctly. I get they will likely break your heart later in the season, but hey, they should be good through October, right?

The Bears on the other side are more why I like this play. We have now seen two games of Justin Fields (who was recently named the starter for the rest of the season), and I wouldn’t call either one good. I would say one average, and one awful showing. That average one was against perennial top of the draft board member Detroit Lions, which might have helped cover up some of the rookie pains for Fields… that won’t be the case in Vegas.

Raiders are the better team, and Fields still needs to show us he can keep his team in a game against a solid opponent.

A play that I liked last week, but left it out of the article (only can write so much!), I’m going to keep following this week. The Giants as road underdogs have been phenomenal over the last three seasons at 18-4 ATS. I get that it’s tough to associate the New York Football Giants with any form of success of these past five years or so, but it’s true, this is a spot they shine in. They have a little bit of momentum coming off a comeback win over New Orleans last week, and I like that to carry into this week’s division match-up against the Cowboys.

On the other side, yes Dallas has looked very good this year, it’s tough to deny it. But they are also 3-7 ATS in their last 10 games as home favorites. I buy into the idea that division games end up being closer than most others, so seven points is a lot to lay for Dak Prescott and the ‘Boys.