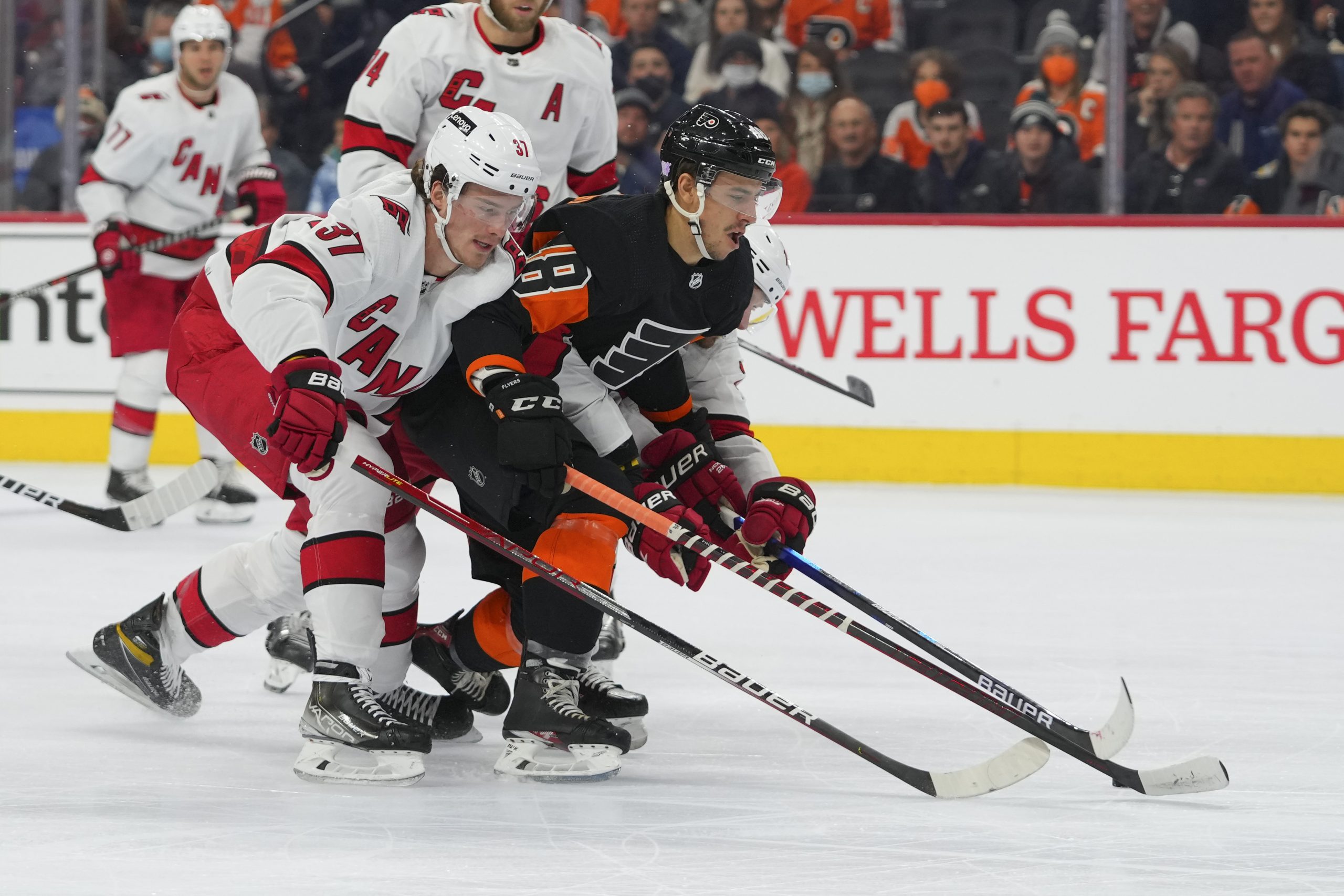 The Philadelphia Flyers have looked anything but an Eastern Conference contender in the past 10 games and Team President and General Manager Chuck Fletcher knows that. What he hopes for though is for a quick turnaround to stop the bleeding and avoid any further pressure on his coaches and players.

Despite a strong start to the season, the Orange and Black have struggled in a lot of key areas on the ice. Albeit against top competition over the past two weeks, the team hasn’t strung together many good performances in the past 14 days and are under immediate pressure to get things going at Madison Square Garden this week.

“Look, we’re not where we want to be the last 10 games, the last six in particular,” Fletcher said in a conference call Tuesday with reporters. “We haven’t won. 2-6-2 in the last 10. There are parts of our game that have really taken a step backwards from the first 10. To me, those are two separate issues. There’s no question if Kevin Hayes can play tomorrow, he makes our team better. When Brassard gets back and Ellis gets back, they make our team better.”

“Having said that, we need to play better with what we have, too,” Fletcher said. “Everybody deals with injuries and illness, so we need to get better. I look at the first 10 games, we were 6-2-2. Goaltending was great. PK was good. Power play was 14th in the league, I think 21%. We weren’t perfect. We didn’t have the puck enough for me. We’re chasing a little bit that way, but we were defending well. Everything we talked about this summer, goaltending, defending, PK, competing, having the puck a little bit more. We were making progress in all those areas. The last ten, we slipped back. There’s no question. Now the onus is on our group to get it back. When injured players come back, it makes it easier. We can’t kid ourselves. We have to get better.”

Vigneault has had to deal with injuries and COVID-19 related issues on his roster, but even with some players missing, the current group just isn’t performing at a consistent level. Offensive weapons including Sean Couturier, James Van Riemsdyk, Cam Atkinson, and Travis Konecny have been ice cold in front of goal, struggling to get anything going in terms of goals.

Couturier is without a goal in his last 10 games, Van Riemsdyk hasn’t scored in any of his last seven outings, and Konecny and Atkinson haven’t scored in each of their last five appearances. The players projected to have a big say in the Flyers success this season haven’t been able to offer much, but Fletcher isn’t prepared to make any rash coaching decisions during this struggling time for the franchise.

“Well, I think it’s just like the rest of our team,” Fletcher said when asked about the coaching staff. “Again, we talked about this summer; a lot of the things we wanted to correct was how we defended in-zone, defending against rush, giving up fewer odd man rushes, our PK, our overall goals against and goaltending. All of those areas were better in the first 10. We’re still defending pretty well against the rush, I guess with the exception of last game. We haven’t given up as many odd man rushes as last year. PK has been better. Goaltending has obviously been good. There’s still been some areas of improvement, but the last 10 we slipped in a lot of areas. I think it’s coaching, players, all of us. We are all in this together. We have to continue to push.”

Scheduling hasn’t helped the Flyers either with the team going up against some of the NHL’s current best including Florida, Tampa Bay, Carolina, and Boston. The road doesn’t get any easier with showdowns against the Lightning, Colorado Avalanche, and Vegas Golden Knights coming up next week in a five-day span.

Still, the Flyers need to get things going and fast, before fans start aiming questions at Vigneault, Fletcher, and the front office to make changes. They’ve been able to claim important victories earlier this season and should have enough in the tank to start a positive push up the standings before the end of 2021.

“On the one point here that I think is pretty obvious too, it can go both ways,” Fletcher said. “I think the last 10 games, we played seven Top 10 teams. This is the toughest part of our schedule. On the one hand, clearly, we have some work to do if you want to compete with the top teams in the league. On the other hand, this is the toughest stretch we’re going through and when you go through the end of next week in terms of compression of the schedule and the quality of the teams we’re playing. It’s tough and we’re not playing well right now.”

The Flyers might be low on confidence, but Fletcher isn’t prepared to back down from a challenge, albeit a big one at this stage of the new season. Injured players like Kevin Hayes, Derick Brassard, and Ryan Ellis are pushing to get back into the lineup, which would give the offense and defense needed sparks going into a busy month of December.

For now, the Flyers need to win a game in any way possible, then start preparing for the next group of games, which features back-to-back at home on Sunday (Tampa Bay) and Monday (Colorado) before three on the road at New Jersey, Vegas, and Arizona.