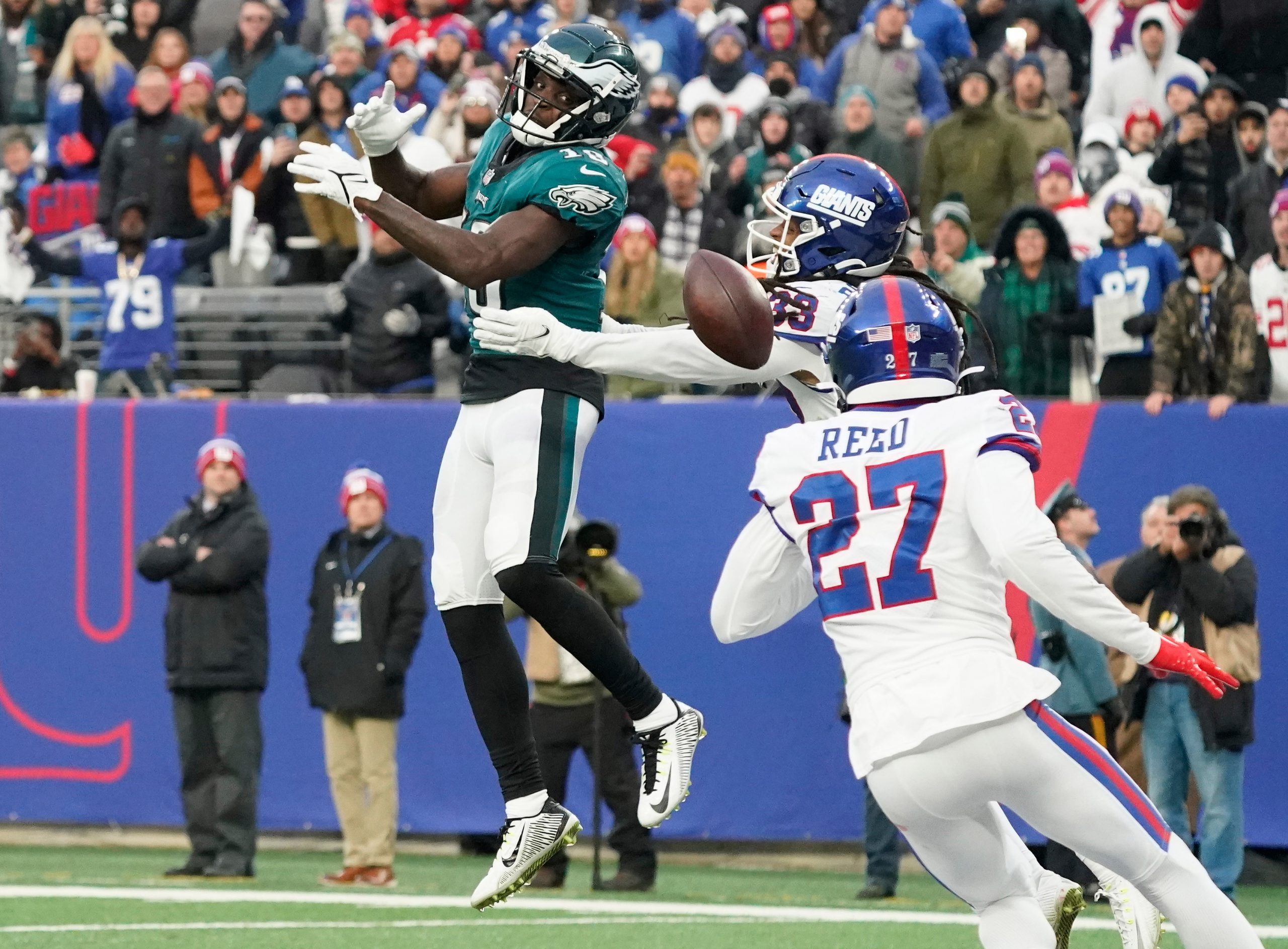 Jalen Reagor has failed to live up to expectations during the early days of his NFL career and Sunday’s disappointing outing at MetLife Stadium didn’t give the Philadelphia Eagles’ fans any hope going forward.

Reagor had two chances to play the hero for Nick Sirianni’s side against the New York Giants on Sunday afternoon, but failed to deliver on both as the Eagles fell 13-7 in an ugly division loss. The 2020 first round draft pick dropped a pair of late passes from quarterback Jalen Hurts, ultimately summing up a disappointing afternoon for the team in North Jersey.

The wideout dropped a deep ball from Hurts with under one minute remaining before also failing to bring in a pass at the goal-line on 4th and 10. While several receivers could’ve been in the same situation as Reagor, it was the latest failure for the young receiver in the green and white.

“Two drops,” Reagor said postgame. “I would say very uncharacteristic, but just gotta go through the highs and lows and go to next week and make the plays. I’ve just got to keep going and not get down on myself.”

Reagor finished Sunday’s performance with only 31 yards, the third-most yardage of his season so far, but overall hasn’t lived up to expectations after being the No. 21 overall pick out of Texas Christian University (TCU). The 22-year-old has totaled 597 yards and three touchdowns during his 23 games played with the Eagles, 1,830 fewer yards than Minnesota Vikings standout receiver Justin Jefferson, who the Eagles passed up on to draft Reagor.

While the consistency at quarterback hasn’t been superb, Jalen Hurts did provide two opportunities for Reagor to haul in those passes late in the fourth quarter. Reagor’s inability to make those plays have since seen fans ask for changes in the wide receiver corps going forward, but for now Reagor remains a part of the offense and will do so for the time being.

He remains confident in his abilities and still has several more opportunities this season to deliver for the 5-7 Eagles.

The Eagles are back at MetLife Stadium on December 5 to face the New York Jets.