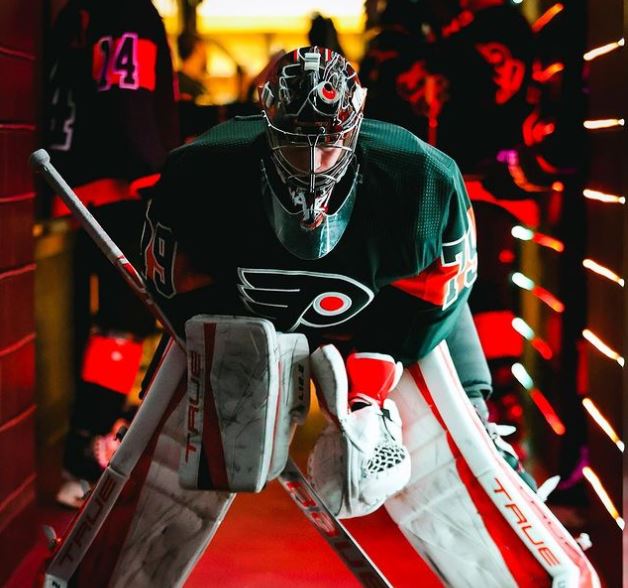 We’re back at it with an all new Brew…the Thursday edition. The Flyers recently fired their head coach and are actually playing well now. Steph Curry has become the NBA 3-Point King. Trade rumors in the NBA are starting to heat up, so let’s not keep you waiting any longer. It’s Brew time!

Cam Atkinson with the hat trick

You know what that means

#Flyers fans throwing there hats on the ice after Cam Atkinson’s third goal of the night as he completes the hat trick! #BringItToBroad pic.twitter.com/zetFOdH9a6

Will a head coaching change fix the Flyers?

The Sixers got smoked in Memphis

Joel Embiid returns, but it’s a loss to the Miami Heat at home #Sixers https://t.co/mexupejn8g via @SixersWire #NBA

The Ben Simmons trade talks are starting to heat up https://t.co/6eFOrgIxAc

The latest trade rumors surrounding Ben Simmons, the Lakers, Nets and Pacers, plus greater context on the Jaylen Brown whispers, and more notes from around the league, all at @BR_NBA: https://t.co/fQTF8VrRKp

Steph Curry is the 3 point King

The Steph Curry record breaking 3 in MSG. An extended hug with Draymond Green after. pic.twitter.com/ONHtS9L50z

Steph celebrates with his dad

Curry on his milestone

Jason Kelce is the man

Please watch: Jason Kelce’s emotions get the best of him when asked about being nominated for the Walter Payton Man of the Year Award. He explained that many of his teammates are worthy, and then got to @LaneJohnson65 and all he’s been through. What a moment. @Eagles @ESPNNFL pic.twitter.com/sciIUjwmSJ

Missed call of the year candidate

We have a new front runner for Worst Missed Call of the Year. pic.twitter.com/KbjUN563fr

The NFL has a Covid problem

With 75 player positives in two days, the NFL has an unprecedented COVID outbreak. So what will it do about it? https://t.co/bt8VSl03k2

A statement from the owner

A Statement from Shad Khanhttps://t.co/lyW8mY7J3S

Proof of vaccination to dine indoors coming to Philly

Sporting Events will need proof too

Rex Ryan is a toe expert

They don’t want YOU to know the truth

—@Liz_Cheney reads texts sent by Sean Hannity, Laura Ingraham, Brian Kilmeade, and Donald Trump Jr. to Mark Meadows during the insurrection, imploring him to get Trump to do something. pic.twitter.com/mgzFeHiHsy

Worth thinking about when talking about meadows and January 6th

BREAKING: Ex-Minneapolis Police Officer Derek Chauvin has pleaded guilty to federal charges of violating George Floyd’s civil rights. Chauvin’s plea means he will not face a federal trial in January, though he could end up spending more years behind bars. https://t.co/xOWfQ0sW9R

A powerful 7.3 magnitude undersea earthquake struck off the east coast of Indonesia on Tuesday triggering a tsunami warning for residents living in coastal areas.https://t.co/KkaWKgUiHR

Amazon should be ashamed

Horrifying details are emerging about the tornado disaster at Amazon’s warehouse in Illinois, where at least 6 workers were killed on the job.

Before he died, Larry Virden reportedly texted his girlfriend: “Amazon won’t let us leave.” He leaves behind four children. pic.twitter.com/3ZRLik9VIs

They knew what they were doing

Did Rupert and Lachlan Murdoch influence Fox News’ coverage of claims about two voting technology companies — knowing that those claims were false? https://t.co/2mZS0ihi8S by @hcoster @JanNWolfe

The National Archives has made public nearly 1,500 documents related to the 1963 assassination of President John F. Kennedy. https://t.co/3WwISbRNZO

Hard Rock is buying the Mirage Hotel & Casino in Las Vegas from MGM for $1.08 billion https://t.co/20NHxND3c6

Jingle Ball is a wrap

There’s no hope for these two

Kim Kardashian says not even counseling can save marriage with Kanye, she wants out. https://t.co/JbwxQObFpW

Elon Musk is the TIME Person of the Year

Tonight we are celebrating the TIME Person of the Year at Nasdaq#TIMEPOY presented by @HuaweiUSA pic.twitter.com/UMOPfKA8BY

Well this is interesting

Apple now lets you pick someone to inherit your data when you die https://t.co/97OqYxSGIq pic.twitter.com/sEl8fryyAM

A settlement has been reached

Victims of former USA Gymnastics doctor Larry Nassar have reached a $380 million settlement with USA Gymnastics, the U.S. Olympic & Paralympic Committee and their insurers after a five-year legal battle, an attorney for some of his victims said https://t.co/jtm35Gb2PL

After a distinguished MLS career & assistant roles with LA, the USMNT & Philadelphia, Pat Noonan takes over at @fccincinnati.