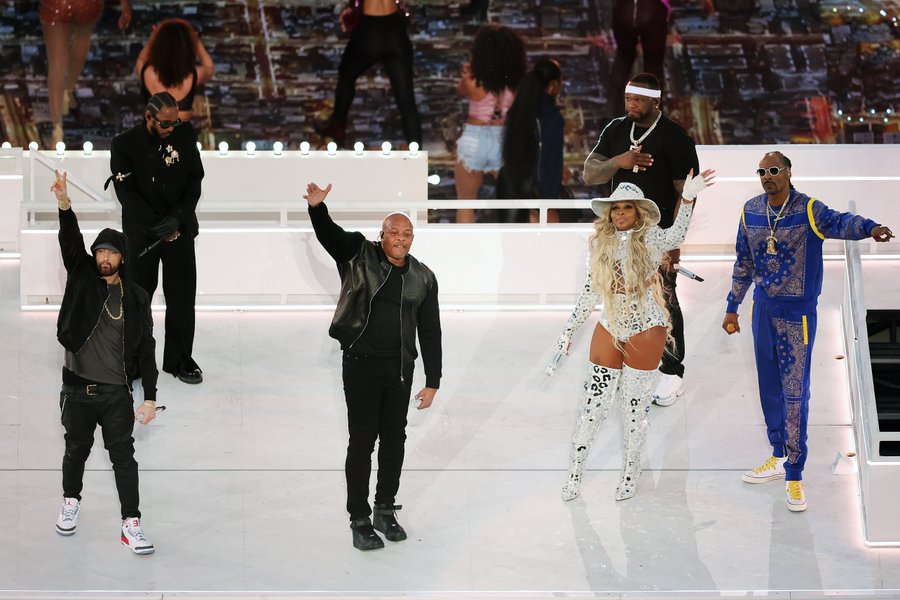 We’re back with a new Brew. It finally happened. Ben Simmons has been traded out of Philadelphia and the James Harden era begins in the City of Brotherly love. The Super Bowl halftime show kicked a ton of ass. The Los Angeles Refs…I mean Rams are your Super Bowl champions. Let’s get right to it. It’s Brew time!

The Rams and the Refs are your Super Bowl champions

NFL officiating is the worst

The winning drive by the Rams…

This drive by the Rams: pic.twitter.com/UjiNKjaI8W

It was all about the refs when it mattered most

oh god the refs have taken over

IT’S BEEN COOPER KUPP ALL YEAR.

HE DOES IT AGAIN. #RamsHouse

Cooper Kupp was the MVP (after the refs of course)

OBJ with the first touchdown of the game

OBJ went down with an injury

OBJ went down with a non-contact injurypic.twitter.com/TbRD4wuhXq

Joe Mixon with the TD throw

Bengals came out of halftime on fire

Just. Like. That – the #Bengals take the lead immediately to start the second half.

Snoop still has it

Surprise: 50 Cent pulls up to the #SuperBowl halftime show. pic.twitter.com/j4ILHEe85G

Eminem gives the middle finger to the NFL

The NFL reportedly told @Eminem he could not kneel tonight.

The NFL didn’t want the kneel…cowards!

Eminem wanted to take a knee during halftime today. The NFL said no way. The backstage clash reveals a larger truth about how the league uses legal threats as image management. https://t.co/NsdVdpt4Fh

More on the Halftime show

Hip-hop finally came to the #SuperBowl when Dr. Dre led a team of his closest collaborators in a festive, funky, thoroughly trunk-rattling halftime show. https://t.co/7eUKc0fsL6

The NFL is now the league of sexual anarchy. This halftime show should not be allowed on television.

Conservatives really hate anything not white, don’t they?

Dear @NFL / @pepsi
What was the message of the #HalfTimeShow ?

Imagine being this pathetic

It shouldn’t have been permitted for cable television.

Was this the commercial of the night?

Iconic is an understatement.

“Harden has essentially forced his way out of a second team in consecutive years. … He’s been paired with a lot of stars in this league and he gets a new one: Joel Embiid.”

Cheerleaders Philly is coming in hot

Will Harden have another jersey retired? pic.twitter.com/Px7eCfOCt3

Jim Gardner continues to be incredible

“The man who refused to make a layup and then refused to play a season is now a Brooklyn Net. And one of the NBA’s best shooters … EVER … is now a Philadelphia 76er.”

Not our problem anymore

Jojo with the poster

EXCLUSIVE: While Trump was in office, staff in the White House residence periodically discovered wads of printed paper clogging a toilet — and believed the president had flushed pieces of paper, @maggieNYT scoops in her forthcoming book, “Confidence Man.” https://t.co/SMXWUuc1i1

To make money from a book deal, Maggie Haberman hid the fact that Trump was illegally flushing documents while he was president. Book release: October 4th, 2022. The January 6th Committee should subpoena Haberman immediately, and make her book manuscript available to the public.

If Maggie Haberman was aware that POTUS was destroying classified documents in the WH and did not notify the FBI, she should be fired at a minimum, and potentially face criminal charges.

DaBaby and his squad making headlines for all the wrong reasons

Kanye West can go F all the way off

Kanye West is threatening to boycott #Coachella following comments that fellow headliner Billie Eilish made at a recent show about concert safety, which West perceived were targeted at Travis Scott: “I need Billie to apologize before I perform.” https://t.co/eh7ZmWXCtK pic.twitter.com/85JklsaYs7

Kanye West is on a tear again against Kim Kardashian’s boyfriend, and this one seems downright hostile. https://t.co/WHVBJY8BKA

Kylie Jenner reveals the name of her and Travis Scott’s baby boy: