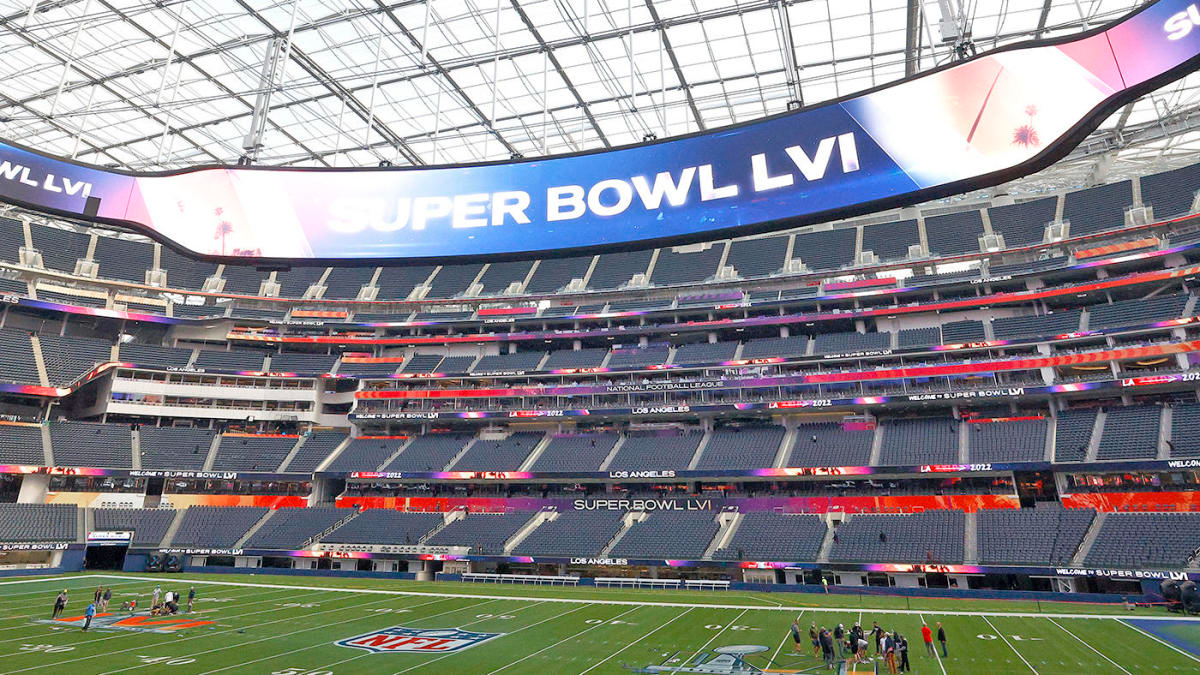 The Super Bowl is finally here.

Not only that, but we have some fresh blood in this year’s match-up: Joe Burrow and the Bengals vs. Matthew Stafford and the Rams. It will be just the second match-up of No. 1 overall drafted quarterbacks to meet in the final game of the season… ever. Will the legend of Joe “Brrr” keep on growing with a championship in just his second professional season [coming off an ACL tear, as well!], or will Matthew Stafford potentially lock up his Hall of Fame spot by adding a trophy to his résumé of stats?

Or will it be another player we won’t be able to stop talking about come Monday morning? There is so much talent for both of these teams, and the storylines are incredible. I’m excited for this game more than I’ve been in the past, and it’s not just because of my 50-1 hit on this exact match-up. Let’s dive into the props and my official pick for Super Bowl LVI.

The only bet that will be over before this one is the time of the national anthem (which is also a classic), but I’m starting off the post with the kickoff. I’m going to share a secret, I’ve got a secret kicking guru in my back pocket for this prop, so credit this to Tommy Bean Bags (his real name shall remain anonymous due to contractual reasons). Here is the breakdown:

If those stats aren’t enough for you, sources – specifically former NFL punter Pat McAfee – have stated that the opening kickoff ball is harder than other balls used, and therefore more difficult to kick. Lastly, the play on “no” opened up at +154, and has dropped dramatically. I’m not sure what else you need to hear, but I’m sold on this prop.

We have odds that are relatively even here, but I really don’t think they should be. McPherson has been one of the best kickers in the league this season, and is yet to miss in the playoffs. That’s not to say Matt Gay is a bad kicker; in fact, he is also having a career year. But the value here is how far each coach is willing to push their kicker. McPherson has taken 11 kicks this year of 50+, converting on nine of them. While on the other side, Matt Gay is four out of five from that distance. While the percentages are about the same, the rate taken is double in favor of McPherson. We have also seen Gay come up short in these playoffs, so I don’t think McVay is going to be to eager to push him back out to those distances again.

Please don’t take this as anti-Burrow, as I love him. But this is more about the Rams’ defense. L.A. has had an interception in eight straight games, and in 15 of 20 so far this season overall. We know the narrative about the Rams’ pass rush (and I’ll dive into it a little more later), but that pressure leads to hasty, desperate decisions, and I’m expecting L.A. to cash in on at least one pick in this match-up. Again, big Burrow fan, but this seems very likely based on history of this season.

I’m going right back to that narrative about the Rams’ pass rush against that Cincinnati O-Line. Burrow was the most-sacked quarterback in the league this season, so this is the obvious Bengals weakness. We all remember the Titans seeming to have Burrow tackled on every other play in the Divisional Round, ending the game with nine sacks in total. Am I calling for nine? No. But I am feeling good about over 3.5, I definitely am. The Titans averaged the fourth-most sacks per game this year at 2.9. The Rams are right behind them at 2.8. You might say the Bengals figured out how to stop it in the Chiefs game, and you’re not wrong, but the Chiefs averaged only 1.8 sacks per game, tied for second to last in the league with Philly and Detroit.

The Rams are going to get to Burrow, it’s just a matter of when, not if.

The Whole Enchilada™. As you might have already been able to tell through the props, I’m on Team L.A. in this one, even laying the four points. The Rams simply excel at what the Bengals do not. The Rams’ front seven pressure will be the story of the game, breaking through the Bengals’ O-Line too easily to give Burrow and all his weapons time to get downfield. L.A. has also been playing some of their best football as of late after some struggles in the regular season. Cincy, obviously, has been playing well to get here, as well, but the slow starts and lack of offensive consistency will come back to bite them here. Lastly, I know everyone makes fun of the L.A. fanbase for lack of passion, but this is still a home game for the Rams, and it’s just another little edge in their favor.

I think Stafford is a Hall of Fame QB, and it should be without question after this game on Sunday.

Check out all the most updated Super Bowl odds and props here.

Thanks for being with us throughout football season, and hope you got to tail a lot of the winners we had here. We will start diving back fully into basketball next week!

Good luck to all and Go Rams!