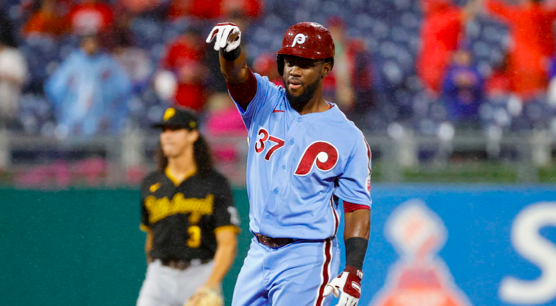 Odubel Herrera looked set to be in the mix to start for the Philadelphia Phillies on opening day, but now aims to just be ready to fight for a starting spot in Joe Girardi’s squad.

Herrera is set to undergo an MRI due to a strained oblique, Girardi confirmed Tuesday. Herrera’s injury could force Matt Vierling into the starting centerfield role with Adam Haesley and Simon Muzziotti also fighting for an opportunity.

The 30-year-old Herrera heads into his seventh professional season with the Phillies and is coming off a solid campaign in 2021 where he hit .260, 13 homeruns, and 51 rbi’s. Vierling hit .324 in 77 plate appearances for the Phillies last season, while Haesley was also an option off of the bench in 2021.

“I really believe that Vierling had a chance to take this and run with this,” Girardi said after the Phillies 7-2 spring training win on Tuesday over the Detroit Tigers. “So he’s going to get a chance. You’ll see Haseley out there more. We’ll see what happens.”

Mickey Moniak is not expected to be used in center field, limiting the former No.1. overall pick to the corner outfield positions. Sadly for Moniak, the opportunities will be scarce with right fielder Bryce Harper, left fielder Nick Castellanos, and Kyle Schwarber all likely options to lock down those two positions.

Castellanos’ five-year, $120 million deal was announced by the Phillies on Tuesday, giving Girardi another talented two-way player in his lineup. The former Cincinnati Reds star is coming off a sensational campaign in 2021, where he delivered a career-best year (.309 average, 34 homeruns, 100 rbi’s) in the N.L. Central.

The Phillies will hope Herrera can be back in mid-April with Opening Day against the Oakland Athletics right around the corner on the 8th.