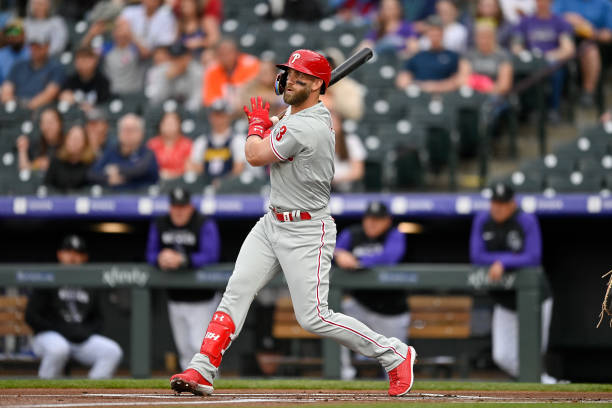 There is no question about it, the city of Philadelphia and its sports teams have certainly been going through the ringer as of late. Since the Eagles’ victory at Super Bowl 52 in 2018, we fans have been dying for another championship. Through analyzing and critiquing every move made by each franchise – analytically and using the eye test – it’s all grounded in one common goal – the city’s next championship.

The Flyers had their supposed exciting young core of defensemen and “savior” in goal with Carter Hart. The hopes of the Eagles riding the Super Bowl wave to another championship ended with Carson Wentz eventually being shipped out of town. The Process of the Sixers leading to a championship with the duo of Joel Embiid and Ben Simmons was the great master plan. And the hopes of the Phillies returning to the World Series glory of 2008 with the signings of Bryce Harper, J.T. Realmuto and Zack Wheeler before even signing Kyle Schwarber and Nick Castellanos.

During this time, debate raged on sports talk radio of which team will be next to win a championship, with opinions evenly split.

Unfortunately, the “Roaring 20s” are off to a less than ideal start when it comes to our baseball team. Right now, the obvious attention-grabber is the Sixers as they are in the midst of their first round playoff match-up with the Toronto Raptors. The Phillies, however, would like to re-enter the discussion, having finally gone over the luxury tax to add important pieces to the roster in hopes for the team to finally end their 10-year playoff drought. With the additions of Castellanos and Schwarber, the Phillies have recaptured some of that hope and desperation that this city and fans need so badly – another team to compete for a championship.

But, about those Phillies…

Already seeing offensive woes? The pitching continues to be lackluster, minus some bright spots from the bullpen through the early portion of the season. Is it time to hit the panic button? Or is it time to just keep saying to yourself, “It’s only April, the bats will wake up”?

Of course, I wish I wasn’t sitting here typing this, especially after the first game against Oakland where the offense showed out, highlighted by a season-opening bomb by Kyle Schwarber. But facts are facts, the Phillies’ offense has been struggling to start this year after a fantastic showing in spring training.

The Marlins after every game against the Phillies pic.twitter.com/jJCLLKoJzO

All joking aside, I’m here to provide some stats and assurances that it’s way too early to panic.

Let’s start with the theory that it’s “early.” It’s the beginning of the season, let’s wait until May and June to see how the bat are swinging. Let the new players gel with the squad that’s been here for a while. Just like there are runs in basketball [The Grizzlies went on a 26-2 run against the Timberwolves in last night’s playoff game, for example], there are slumps in baseball. Is it frustrating? Yes. But let the slump run its course. If this continues for another month or so, then obviously it will be time to panic. This pitching staff isn’t equipped to deal with a prolonged offensive slump.

Another thing to be mindful of is the Phillies are no strangers to slow starts to the season. In 2007, they started 4-11 after Jimmy Rollins declared them as the team to beat in the NL East. In 2008, they started 8-10. In 2009, they were 16-16 in the middle of May. Of course, we remember those years fondly; the Phillies made the playoffs in all three of those years, winning two National League pennants, and a World Series in 2008. And yes, I hear it already: “Who cares about what happened x amount of years ago?” And while those years don’t affect what’s happening in 2022, having not seen the Phils in the playoffs in a decade has taken its toll.

However, yes… it’s early. Let’s r-e-l-a-x and revisit this team and situation in a month or so and see where we’re at.