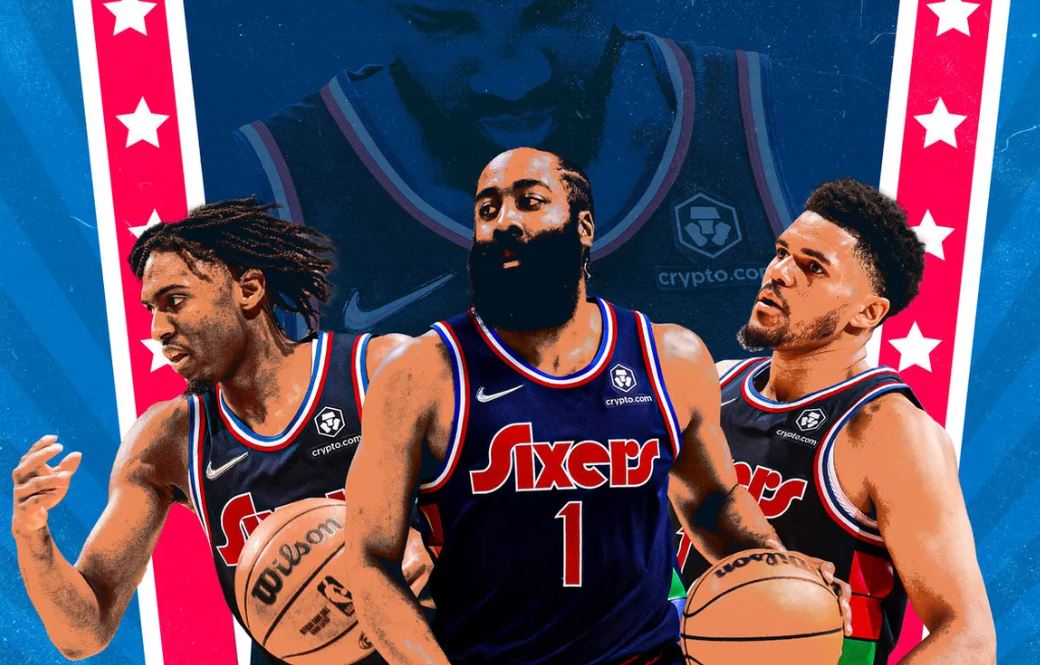 We’re back with a new Brew. Joel Embiid got robbed of the MVP award. The 76ers are one loss away from the season ending. The NFL schedule is starting to be revealed. The Flyers found out where they will draft this year. MLB is heading to London. We have a lot to get to, so let’s do this. It’s Brew time!

Well this is bullsh*t

Nikola Jokic has been voted MVP, per @wojespn

Back-to-back for the Joker puts him in legendary company 🏆 pic.twitter.com/cQRkPr5ph7

“The NBA MVP is now one less thing that I need to care about. Once upon a time it mattered. … Back-to-back MVPs used to be reserved for the all time best of the best, + Steven Nash. Two yrs in a row, Jokić’s team is AT HOME when the award’s actually announced.”— @getnickwright pic.twitter.com/VheV95VaUp

The Heat mauled the 76ers on Tuesday night

Jimmy Butler and the Heat are on the brink of returning the the Eastern Conference finals after routing the Sixers in Game 5. #NBAPlayoffs https://t.co/mYie8pDcKm

Jimmy Butler’s play in this series is a reminder of what the Philadelphia 76ers could have been https://t.co/Ecu04UispJ

The Eagles home opener has been revealed

Stay tuned on Thursday at 8 PM ET for our full schedule release, presented by @Hyundai.#FlyEaglesFly pic.twitter.com/fvTUrb9HlB

“The @Eagles have become the gold standard in identifying, cultivating, and developing front office talent. Year after year, talented bright minds go on to big jobs elsewhere. The front office ‘tree’ out of Philadelphia in recent years is beyond impressive.” — @PSchrags pic.twitter.com/YhpEKQhkRp

How much would it take for you to eat strip club sushi???

Tom Brady’s next move when his football career is done

“We are pleased to announce that immediately following his playing career, 7-time Super Bowl Champion Tom Brady will be joining us at @FOXSports as our lead analyst. pic.twitter.com/fJTOQJ9BwM

An early Christmas present from the NFL: Broncos vs. Rams on Christmas Day at 4:30pm ET on CBS/Nickelodeon.

Brett Favre is in some trouble

Mississippi sues Brett Favre for $228,000 in interest on $1.1 million in welfare funding he previously repaid. https://t.co/44kipxQv5M

This is pretty cool

MLB is heading to London

MLB announced a long-term partnership with the city of London & will play regular season games there in 2023, 2024, and 2026 ⚾️🇬🇧 pic.twitter.com/qbqdq9c6xZ

Ja Morant has been diagnosed with a bone bruise in his right knee and is doubtful to return this postseason, the Grizzlies said Tuesday. https://t.co/6iI7JQfbBJ

The path to the 2022 #NHLDraft is officially underway. https://t.co/yjhxeZDG8P

Whoaaa this is nuts https://t.co/tMxanRtaV6

Fox News is upset about protesters outside judges’ homes and apparently has no idea what’s been going on for the last 40 years pic.twitter.com/2nrVXsIryD

Trump wanted to know if “hurricane guns” — which are not a thing — were a thing. https://t.co/HSatWS7hiq

If you don’t have a problem with this, we could never be friends

NEWS: A new batch of John Eastman emails from Dec. 2020 shows his advice to state legislators seeking to rescind Joe Biden’s electors — including his suggestion that they simply retabulate the popular vote to put Trump on top.https://t.co/03bDxoHwZY pic.twitter.com/YLOEGjbnBc

BREAKING l Three people are dead, including two pedestrians, after an out-of-control SUV slammed into a SEPTA Station in Kensington overnight Tuesday. The driver of the SUV was also killed in the crash@NewsWakisha reports ⬇https://t.co/wJmtWhunzX

Have a conversation with your kids

FBI Philadelphia says a recent increase in sextortion incidents has triggered a warning for parents and caregivers. https://t.co/bJLYAg7run

You knew this wouldn’t end well

BREAKING: Ex-Alabama jail official Vicky White has died after shooting herself when she and the murder suspect she was accused of helping escape were captured, officials say. The arrest of the pair in Indiana ended a weeklong manhunt through three states. https://t.co/ec5hpVYB9o

The rebranding of Mia Khalifa

On TikTok, the woman briefly known as Pornhub’s No. 1 performer is amassing a more supportive, more female fanbase. Creeps and jerks will be blocked.

5⃣Within the space of five hours, the 40-year-old pop sensation had uploaded a string of very similar images over three separate posts. pic.twitter.com/WDsPBQYkMF

Looks like Young Thug got himself into a bad situation

Mike and Maryse Get Kinky

Swipe right on Instagram…trust me

Breaking News: Soccer’s global governing body and EA Sports are ending a partnership that created FIFA, one of the most popular video games of all time. The game has generated more than $20 billion in sales over the past two decades. https://t.co/S3X4eEUprp