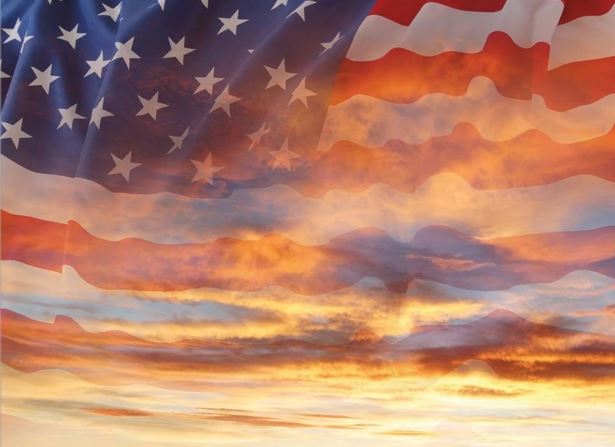 We’re back with an all new Brew. Memorial Day weekend saw gas prices through the roof, but that hasn’t stopped people from traveling. The fallout from the school shooting in Texas continues and man oh man are Republican politicians a bunch of scumbags. Poor ticket sales forced the WWE to move their Money in the Bank pay-per-view to a smaller location. The Lakers hired a new coach for LeBron James to push around. We have a lot to get to, so let’s do this. It MDW Brew time!

Tyrese Maxey gets back to putting that work in

Philadelphia 76ers guard Tyrese Maxey is back in the gym working hard following a disappointing end to the season. https://t.co/xguGk3wlV5

Really nice story by the Inquirer’s @matt_breen about Ray’s retirement and our radio show. Much appreciated.https://t.co/scTiM6T3in

Is sky the limit for these two?

Darius Slay says he and James Bradberry are trying to “fill the shoes” of Lito Sheppard and Sheldon Brown.

“The sky’s the limit for me and Bradberry. We complement each other and we’re really trying to turn this into something great here.” #Eagles https://t.co/rQE45293WQ

I’m expecting big things from these guys this year

The Warriors are heading to the NBA Finals

Boston advanced to the NBA Finals

It’s all about 18 ☘️ pic.twitter.com/SAzFNFEJG3

The Golden State Warriors will host the Boston Celtics in Game 1 of the 2022 NBA Finals on Thursday, June 2 at 9 p.m. ET on ABC and ESPN Radio.

Jimmy Butler and the Heat came up short

The “Chuck you suck” chants are back and @SHAQ is loving it 😅 pic.twitter.com/HKT1nGzirk

The Lakers have hired their next assistant to LeBron James

Breaking: The Los Angeles Lakers are hiring Bucks assistant Darvin Ham as their next head coach, per @ShamsCharania 🚨 #LAkeShow pic.twitter.com/rHwvSyQ843

Column: Once again, the NHL playoffs are proving to be the most compelling show in all of sports. Game 7s? Check. Overtime goals? Check. Fierce rivalries? Check. It almost makes up for the snoozzzzzzfest that has been the NBA playoffs.

It just had to be Connor. #LetsGoOilers pic.twitter.com/HXXA3eNCIa

The Colorado Rockies and Nike have unveiled the team’s City Connect uniforms.

CM Punk is the AEW Champion

Double or Nothing results

Sweden’s Marcus Ericsson survived a two-lap shootout to win a dramatic Indianapolis 500 on Sunday, as the Brickyard reclaimed the mantle of the world’s biggest single day sporting event, living up to its billing as the ‘Greatest Spectacle in Racing”. https://t.co/iUxlLWjype

The flyover before the race

Raphael “Ted” Cruz is a coward, but we already knew that

Ted Cruz slinks out of interview because he can’t answer why these mass shootings only happen in the United States. pic.twitter.com/d29T4xDCgm

Your Governor is an a$$hole, Texas

Texas Gov. Abbott says the Uvalde school shooter had a “mental health challenge” and the state needed to “do a better job with mental health” — yet in April he slashed $211M from the department that oversees mental health programs. https://t.co/GdqKncigxQ

Only a monster could kill kids

The mother of the 18-year-old gunman told ABC News in an interview that her son was “not a monster,” but that he could “be aggressive.” https://t.co/NTSDoMCzjq

I told you. Actual headline: THE POLICE LIED.

What an epic failure by the police

TX DPS Director just broke down crying after admitting that the decision not to enter the classroom was a mistake.

“We took an oath to defend people.” @wfaa #Uvalde pic.twitter.com/CacxfWOpJW

The Yankees and Rays step up

Gabe Kapler has had enough

“I don’t plan on coming out for the anthem going forward until I feel better about the direction of our country” – Gabe Kapler pic.twitter.com/J1MdlVL3XI

Have another 8 ball why don’t you, Junior

Junior went on a wild rant about Uvalde tonight, saying the AR-15 isn’t the issue because he could’ve done the “exact same thing” with a bat, bomb or machete. He says gun owners are unfairly “stigmatatized,” and the real problem is that “crazy teachers” are indoctrinating kids. pic.twitter.com/2Rmme3510A

Traveling by car from Philadelphia to Ocean City, NJ will cost you almost $9 more than a year ago. https://t.co/UXQBSYCFPa

Nothing will stop people from traveling

Coronavirus cases are surging, gas prices keep hitting record highs and heat waves and storms are forecast for many parts of the U.S. But this Memorial Day weekend is still expected to be one of the busiest travel periods since the start of the pandemic. https://t.co/msh4iA2NBQ

God is speaking to this Christian model that strips

Be still my beating heart

Kevin Spacey is in trouble

Spacey, a 62-year-old double Academy Award winner, was questioned by British police in 2019 about claims by several men that he had assaulted them. https://t.co/u3g8WQrpII

This could be good

If this ain’t heaven, I don’t know what is

EXCLUSIVE DETAILS: Ray Liotta Has Died. He Was 67. R.I.P. https://t.co/WsskKD7qUE

Justin Timberlake has sold his entire song catalog to Hipgnosis Song Management, marking the latest superstar to sell the rights to their songs in the ever-hot music acquisition market. https://t.co/BcCxKi6Ku0

Money in the Bank changes venues in Vegas