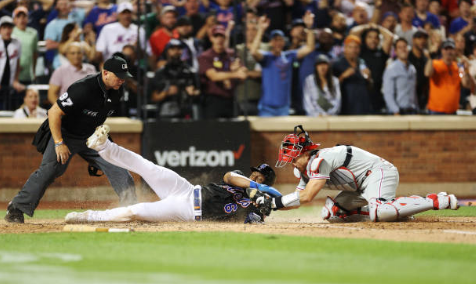 I love doing posts like these because you know it comes after a great Phillies win, and even if the Phillies wind up losing the next two in New York, it won’t ever take away the excitement of Friday night as we head towards the end of August and September to play meaningful baseball.

While last night’s game didn’t have a local television broadcast, as it was aired exclusively on Apple TV+, we still had local radio covering the game. While Scott Franzke and co. were relegated to 1210 WPHT due to an Eagles preseason game on SportsRadio 94WIP. Good decision!

Max Scherzer didn’t have his best outing of the year, but the Phillies couldn’t take advantage early in the game, giving Ranger Suarez very little to work with on the mound. It didn’t matter to Suarez, as he gave up only one run on three hits. I didn’t have a great feeling because these simply aren’t the type of games teams like the Mets lose at home, given their incredible season so far. I was happy with the competitiveness of the Phillies, especially without Bryce Harper and Kyle Schwarber, and I had started to feel content with only winning one game out of the three up at Citi Field.

But, don’t tell this Phillies team that. They didn’t give up, especially when Starling Marte led off the bottom of the ninth inning with a double. Miraculously, Seranthony Domínguez was able to keep the Mets scoreless in the frame and send the game to extra innings, where the Phillies’ magic came alive.

Here are some of the best calls of last night’s game on Phillies and Mets radio.

meh, don't care if they lose

And Franzke on Suarez's snag pic.twitter.com/3i8iDTZS3G

What a call by Scott Franzke pic.twitter.com/6LGJbvFa99

Final 2 pitches of the game, as heard on the Mets Radio Network pic.twitter.com/2NTmAfDvSR