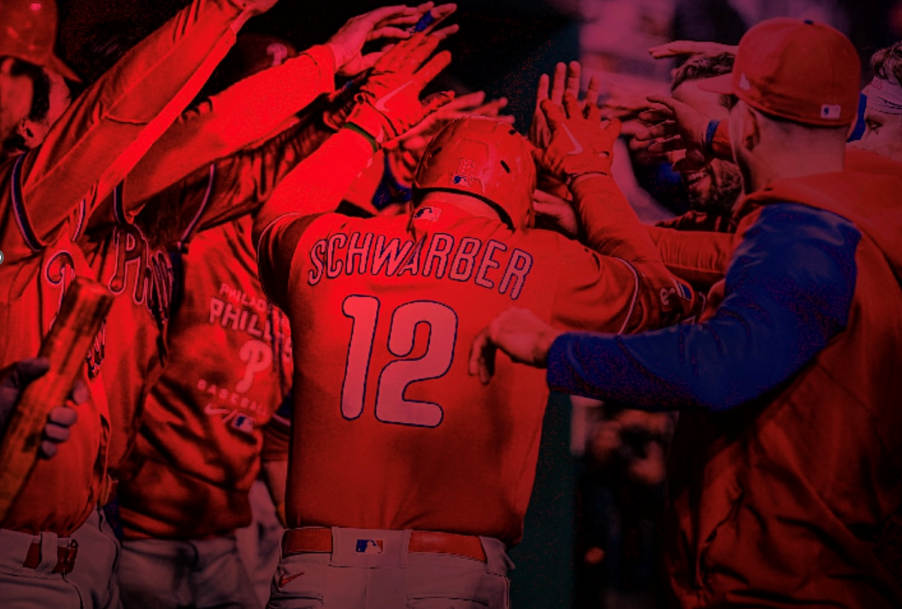 We’re back with an all new Brew. It wasn’t easy, but the Phillies have made the Playoffs and Red October has begun. There’s trouble in paradise with Tom Brady and Gisele Bündchen. Kanye West is out there begging for attention again. We have a lot to get to, so lets do this! It’s Brew time.

For the first time since 2011, the @Phillies are postseason-bound! #CLINCHED pic.twitter.com/5ed4TNtmFW

The Phillies are in the playoffs

As called by Scott Franzke pic.twitter.com/EbZtY6llRJ

Sights and sounds from the celebration afterwards

Sights and sounds of the Phillies’ clubhouse after clinching playoff berthhttps://t.co/W7FK0ZDawh

The Big Fella has a message for all of you: pic.twitter.com/5dbQ7VjQxR

We now go down to MLB Network where Analyst Joe Girardi will break down how the Phillies ended their playoff drought pic.twitter.com/0K40zfDRnV

The rally for Red October

Come join us on The Rally for Red October bus tour this week. Meet us at various stops for an opportunity to sign the bus, grab your rally towels, and kick off the return of the postseason with us.

Shout out to Devan!!!

Life’s been crazy lately so you know what I thought I needed? Another job.

Excited to join the @NHLFlyers this season as an on-camera and in-arena host! https://t.co/bOnFVQikzn pic.twitter.com/LzaruiraPt

Police have released new surveillance video of suspects wanted in connection with the deadly ambush near Roxborough High School that left one teen dead and four other teens injured last week. https://t.co/kDEifh8FcY

Even 96 hours out, they absolutely were in the cone. https://t.co/K8FJkMDfD1 pic.twitter.com/NZi5EajL8l

DeSantis supports decision to not evacuate this area. pic.twitter.com/lIDDsLNPET

Is anyone shocked by this????

EXCLUSIVE: Herschel Walker, an anti-abortion absolutist, paid for an abortion in 2009. We have the receipts. Literally. Me @thedailybeast https://t.co/IzOEEg4quN

Sh#t has hit the fan at the Walker household

No one f*cks with a Biden

BIDEN: “No one f**ks with a Biden…” pic.twitter.com/o1dGkNryKs

Jay-Z continues to do big things in business

Kanye continues his quest for attention…

Kanye West edition of “How it started/How it’s going” pic.twitter.com/1F5q5jbdt8

I don’t feel bad for her

She didn’t admit or deny the regulator’s allegations in settling the case https://t.co/oUpBPD5SeH

Is Taylor Swift dropping a rumored secret song she has with Drake allegedly about Kanye West and Kim Kardashian? 👀https://t.co/eHSy5IS77x

DX returns to Raw next week

NEXT MONDAY on the Season Premiere of #WWERaw!