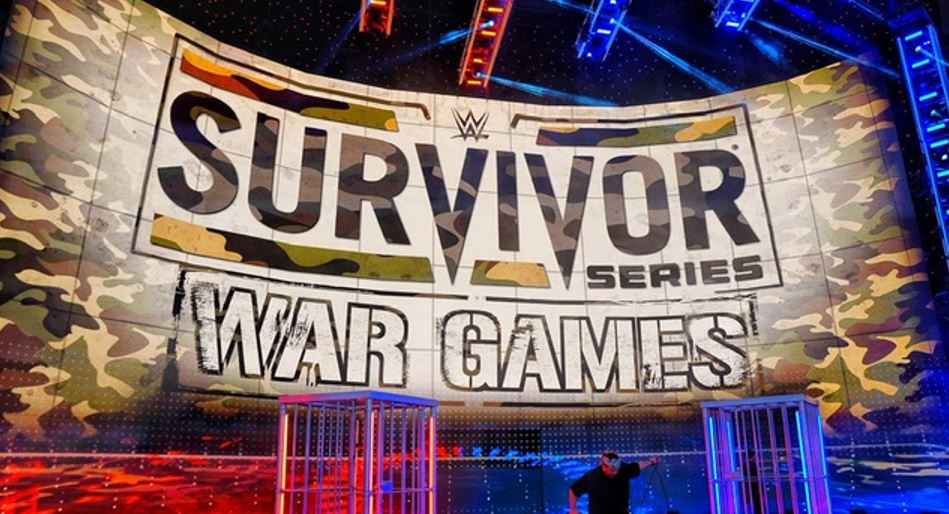 We’re back with an all new Brew. Storytelling was at it’s finest in the Main Event at Survivor Series WarGames on Saturday night in Boston. The Birds running attack led the way against the Green Bay Packers on Sunday Night. It was a wild weekend in college football. We have a lot to get to, so lets do this! It’s Brew time!

Eagles get their tenth W

Coming to a theater near you 🍿 pic.twitter.com/FdlMWOXTBD

Jalen Hurts in the win:

Top __ QB in the NFL. pic.twitter.com/rqRNMVhTci

Terrell Owens knocked out a man outside a CVS in Los Angeles after the guy allegedly harassed people in the store … and TMZ Sports has obtained video of the fight captured by a witness. https://t.co/HbNDU14Snp

Cowboys take down the Giants on Turkey day

Jerry Jones: ‘Curiosity’ why he was at 1957 desegregation demonstration https://t.co/rY8Un0uPb8 pic.twitter.com/Cvo02CE71b

Of course Smith would defend Jones

I’m very fond of Jerry Jones and he doesn’t deserve what just happened to him! pic.twitter.com/XgegwXI5Vh

The Bloodline survived at WarGames

#WWENow breaks down two historic WarGames matches and much more!

The art of Storytelling…

WOR: Bryan Alvarez loves this Bloodline story and all the possibilities where it can go.https://t.co/mYdKSkcI6U pic.twitter.com/XqImdLdfzR

US and England end in a draw

The USMNT vs. England ends in a draw 🤝

That was the 5th 0-0 draw of this World Cup 😳 pic.twitter.com/f5ooZpcphw

USA vs Iran…win and the US moves on

Everything to play for. pic.twitter.com/Dvcy5W2cXq

Lionel Messi and Inter Miami are nearing a deal to make the Argentine the highest-paid player in MLS history, per @TimesSport

He would join David Beckham’s side following the conclusion of the European season 🌴 pic.twitter.com/A348dt7JvX

TCU puts their undefeated season on the line next week

A look back at last night through the 📸 lens

Catch all the highlights from last night 📼✌️ pic.twitter.com/n3dcRO38Wq

I for one am not shocked

Donald Trump called Kanye West “a seriously troubled man, who happens to be black” in the former president’s latest statement after having dinner at Mar-a-Lago with the disgraced rapper along with a known white supremacist and Holocaust denier https://t.co/JepKHLEdiD

Anyone associated with the Trumps are a piece of sh#t

.@JennaEllisEsq on the Club Q shooting. The “people killed in the nightclub that night, there is no evidence/that they were Christians. Assuming they have not accepted the truth/affirmed Christ as the lord of their life they are now reaping the consequences of eternal damnation.” pic.twitter.com/dQH7uAbnKJ

Sapoviruses cause a sporadic gastroenteritis and the most common symptoms are diarrhea, vomiting, nausea and stomach pain, according to the FDA. https://t.co/MHm2dM8kic

Rubi rose has my heart and soul😭😭😍😭 pic.twitter.com/kmOjscKOWx