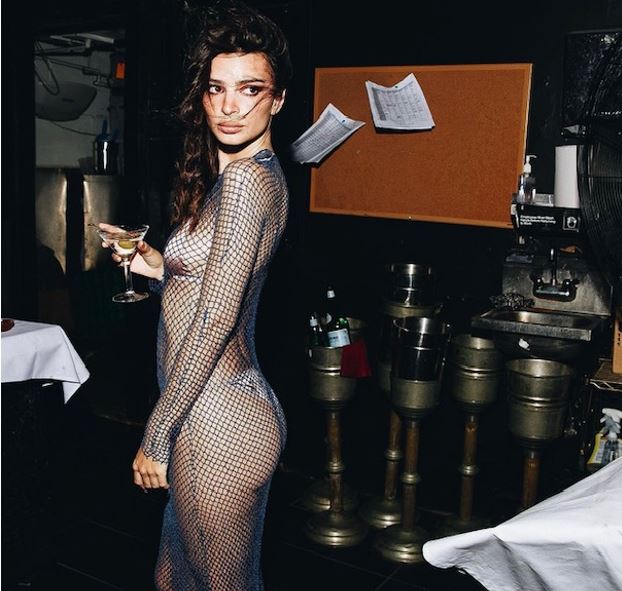 We’re back with an all new Brew. Team USA took out Iran and advanced to the knockout round in the World Cup. Emily Ratajkowski set the camera on fire with some new Instagram photos. Roman Reigns was reportedly pissed after WWE Survivor Series WarGames. We have a lot to get to, so lets do this! It’s Brew time.

I want this signing bad

The #Phillies have emerged as favorites to sign Trea Turner. My latest report here. @MLBNetwork pic.twitter.com/PVjw5f6NhP

Source confirms CJ Gardner Johnson is going to miss some time with a lacerated kidney but it is not expected to end his season. First reported by @TomPelissero

CJ says “I’ll be back” pic.twitter.com/s5ovb65vqd

There’s not a show that has as much fun and takes as much pride in trying to teach football as ours 🙏🙏 #touchscreentuesday with @realrclark25 and a cameo guest 👀👀@eagles #NFLLIVE @mspears96 @fieldyates#NFL pic.twitter.com/XSm6tKjnU2

Up next: USA vs Netherlands

Next up: USA vs. Netherlands 🍿🍿 pic.twitter.com/4tWGnd5iQq

Christian Pulisic sends a message of support to his USMNT teammates ❤️🇺🇸

Tom Brady back to the Patriots????

#Buccaneers QB Tom Brady, a pending free-agent, could return to the #Patriots next season, via @TheAthletic

Mac Jones could be traded in that scenario. https://t.co/PJtso6lLGg pic.twitter.com/oHcbWlw23V

This memorial was an absolute joke

The Washington Commanders’ Sean Taylor memorial is leaving much to be desired by fans of the team and the game alike — as a Nike jersey, Reebok pants and Adidas cleats on a wire mannequin just aren’t cutting it for many. https://t.co/fmhtu4L9x5

The Seahawks are going old school next year

McDaniel telling Tua in his ear piece that Georgia is the best team in the SEC is an ELITE troll😭😭 pic.twitter.com/qy7CBBaZJH

McDaniel is just keeping it real…

“Bro, your technique was trash.”

Lakers blew a 17-point lead in the 4th quarter… pic.twitter.com/62RfWNtoGV

From @TheAthletic: Shaquille O’Neal opens up on camera in a way that’s rare in “SHAQ,” an HBO documentary series.
“At some point as a man, you’ve got to look in the mirror and say I (messed) up, and I did that many a night,” he said. “Trust me.” https://t.co/6vDiIvy2Ri

The rich get richer

The @astros just got even better.

The defending champs have reportedly agreed to a 3-year deal with 2020 AL MVP José Abreu 😳 pic.twitter.com/U1JRPzu3WQ

FUENTES: “My talking points I guess are now mainstream enough that they’re on @FoxNews.”

Trump’s racist anti-Semitic Nazi dinner guest notices something many of us have been saying for years — @TuckerCarlson sounds just like him. Again: Fox is poison. (H/T @DecodingFoxNews) pic.twitter.com/2pdX2wNqOG

Someone needs to shut Nick up

“That’s why we need a dictatorship … force the people to believe what we believe” — Maddow put together quite the Nick Fuentes montage pic.twitter.com/f9mYq4z2fU

NEW: Trump ultimately made clear that he fundamentally did not want to criticize white supremacist and antisemite Nick Fuentes after dinner at Mar-a-Lago — over fears that it might antagonise a devoted part of his base. @GuardianUS https://t.co/8P94G4B2Fd

Vote today or as soon as you can! Visit https://t.co/lzN6iu3pOH to find where you can vote early. pic.twitter.com/KPsq9rc1qy

Will there be a break in this case?

Rep. Hakeem Jeffries is about to be a problem for Republicans

House Democrats ushered in a new generation of leaders on Wednesday, unanimously electing Rep. Hakeem Jeffries to be the first Black American to head a major political party in Congress. https://t.co/FJpP2i90t5

The white gunman who attacked shoppers and workers at a supermarket in Buffalo, New York, killing 10 people and wounding three others has pleaded guilty to murder and hate-motivated terrorism charges. Most of the victims were Black. https://t.co/8DSM8sdpZb

How does this happen????

🚨#BREAKING: Entire city of Houston is currently under a boil water advisory

The City of Houston issued a boil water notice for the main water system due to a drop in water pressure at one of its purification plants with a population of nearly 2.3 million pic.twitter.com/fjhhyXHMaW

These are just a few of the great events happening throughout Philly during the holiday season.

The Food Network and the NFL team up

EXCLUSIVE: Food Network is teaming up with the NFL for a new primetime competition series “NFL Tailgate Takedown,” which celebrates the art of tailgating. https://t.co/SazGPZNonZ

MTV wanted Redman to use a house rental for Cribs 🤣…he wasn’t having it pic.twitter.com/THys6OZBmn

It’s all love for Meek Mill and Rick Ross

Bebe Rexha knows she’s “Meant to Be” in a bikini. See her hottest swimsuit looks. 👙https://t.co/EZW0Hkx9iQ

Things just got hot in here…

Emily Ratajkowski sets Instagram on fire with skimpy bikini pics as she models her own swimwear line https://t.co/f9Mh5yh6nd

As expected, we’ve compiled swoon-worthy stunners (and our thirst-trappin’ celebrity faves) with Draya Michele making her return to the series after opening up about her reverse tummy tuck to ‘remove loose skin’ from her sinewy stomach.https://t.co/Kah00u4eKz

Salma Hayek is 56 years old and is still killing it 🔥❤️ pic.twitter.com/PoyqsEcqQt

The event is expected to take place on a grand scale and the roster might comprise a mix of both Indian and International superstars.#WWE pic.twitter.com/KdPmoXpOE9

Roman Reigns was reportedly very angry backstage following the main event of Survivor Series: WarGames. It reportedly stems from an “unplanned spot” between himself and Kevin Owens, with Reigns believing he had a ruptured eardrum.

Read more down below.👇 pic.twitter.com/7N2H9cEfQd

Was this what pissed Reigns off?

I mean if that “report” is true, Kevin Owens did slap that man Roman Reigns like he owed him money 😂🤷🏽‍♂️ pic.twitter.com/hTqki3kLbq