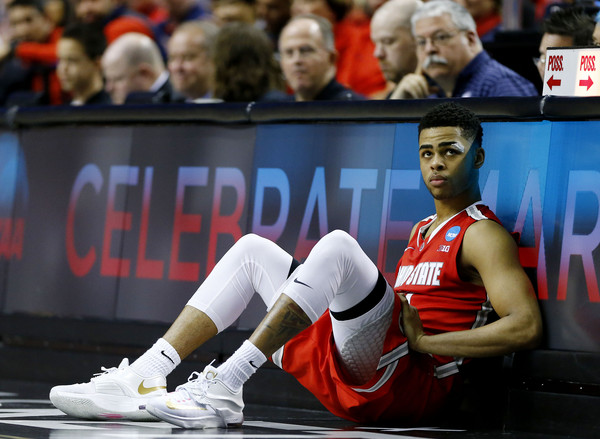 We have arrived at NBA Draft week, which means smokescreen central? The latest from ProBasketballTalk has rumors buzzing around the league that D’Angelo Russell doesn’t want to play for the Sixers. Unfortunately, Russell will be on whichever team drafts him, like it or not. Call me crazy, but the Embiid rumors followed up by this? Sam Hinkie doesn’t want a soul to know what he has planned headed into Thursday.

It has been an amazing couple months for team “Under Armour.” Steph Curry (League MVP, Champion) & Jordan Spieth winning a Green Jacket in April, and now following that up with a US Open championship. Drama was high coming down the stretch at Chambers Bay in the lovely state of Washington. First time ever the Open was held in the Pacific Northwest and if you ask a few select players, hopefully the last time. Dustin Johnson 3-putted on the 18th hole and finished his day with a bogie, falling a stroke short of forcing a Monday morning playoff vs. Jordan Spieth. Spieth now becomes the fifth player to win both the U.S. Open and The Masters in the same year.

Eagles RB, Demarco Murray had a busy weekend. Murray & longtime girlfriend Heidi Mueller got married on Saturday night. Guess the “spray tan” stuff is all in the past. Congrats to the happy couple (FoxSports)

Father’s Day may have been Dwyane Wade day in 2015. The three-time NBA Champion found his name on the headlines twice on Sunday and yes, one was because of his father. Check out this very interesting shirt Wade’s dad was rocking while speaking to a church on Sunday.

From teammate of LeBron’s to teammate of Kobe’s? A report from Sports Illustrated says there is “mutual interest” between Wade and the Los Angeles Lakers, if he doesn’t re-sign with the Heat. So: Wade plays point guard, Kobe plays shooting guard, Swaggy P at the small forward, and Julius Randle/rookie take the front court? I’d watch (only cause of Swaggy P).

Speaking of California: check out five-star recruit Cody Riley with more athleticism than I can ever imagine at that age, breaking backboards during a game!