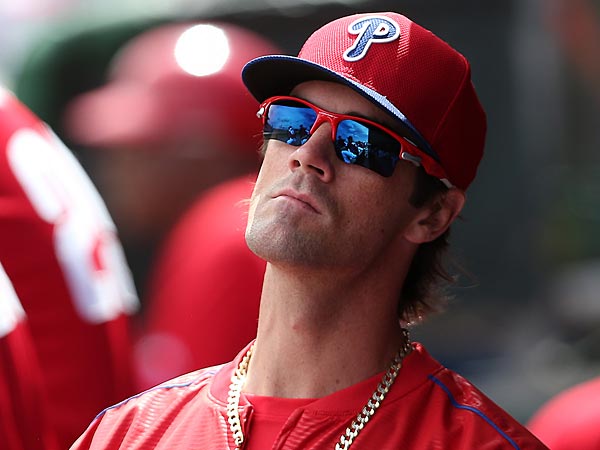 Another day closer to the non-waiver trade deadline and another day to wonder if the Phillies will trade Cole Hamels. On Tuesday it was reported that Hamels would waive his no-trade clause in a deal that would send him to Texas. There is no official offer on the table, but the Phillies did have a scout at the Rangers game tonight to scout pitcher Chi Chi Gonzalez. (SI.com)

Speaking of the Phillies, Maikel Franco is on FIRE! In his last 7 games, he’s 14/27 ,batting a smoking .519 with 3 homeruns & 11 RBI’s. There’s only two reasons to watch the Phillies these days, Franco and when Hamels is on the mound. (Hamels is scheuled for tonight)

Sad news came down on Tuesday from the Sixers organization as it was announced that Harvey “Super Stat” Pollack passed away at the age of 93. Pollack was the Director of Statistical Information and the NBA’s longest tenured employee. A great man with over a dozen Hall Of Fame inductions, Harvey Pollack will be missed. (Sixers.com)

Think you had a great Father’s Day? Check out this dad at the Cubs vs Dodgers game make arguably the best catch of the year. Feeding the kid, grabbing a foul ball, and being called for interference? Yeah, no doubt he’s SportsCenter’s top play. (The Big Lead)

In the crazy world of rumors, the Denver Broncos reportedly attempted to trade Peyton Manning to the Houston Texans because some officials wanted the Brock Osweiler era to start this season. The rumor was shot down by the Broncos, and really makes no sense. Why? Why would you trade Peyton Manning? (Larry Brown Sports)

Looking for something to do tonight? PPL Park is the place! Philadelphia Union vs Seattle Sounders. Tough game for the Union but they need a victory more than ever after that 5-1 whooping they took on Saturday night. Come on out and support the “Boys in Blue!”