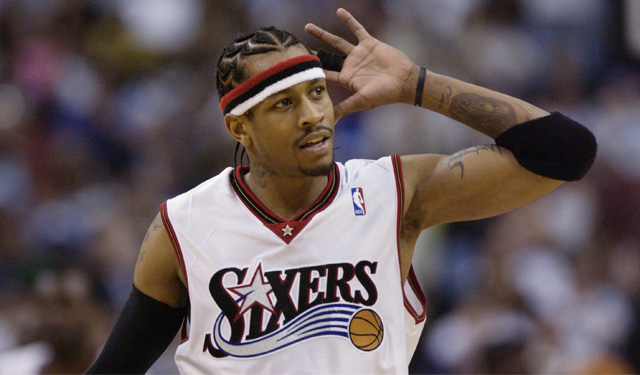 On Friday, Allen Iverson was deemed eligible for a Hall of Fame nomination beginning next year. According to NBA.com, the reason he’s eligible a year earlier than everyone anticipated was because his 10 games in Europe will basically be forgotten about.

The calendar distinction is necessary, though, because the finish to his career was as unique as Iverson himself. Had 2009-10 with the 76ers been his final season, the path to enshrinement would have been straight and level. Wait the mandatory five seasons, be nominated in 2015 and be part of the voting cycle that culminates in ascending the steps of Symphony Hall in the summer of ’16.

Iverson’s decision to play in Turkey in 2010-11 was the complication. That could have pushed induction back until 2017 — the same year that Shaquille O’Neal is eligible to enter the Hall — or even longer if Iverson had fulfilled both seasons of the deal with Istanbul-based Besiktas. When Iverson’s European career lasted all of 10 games, officials were handed a judgment call.

After years of no decision, it was finally decided that 10 games — especially 10 games on a different continent — were nothing more than a brief moonlighting opportunity for a candidate whose nomination would go through the North American committee. Iverson can be nominated in 2015, not 2016, and could be a first-ballot Hall of Famer in 2016, not 2017.

He’ll undoubtedly get in as a first ballot.