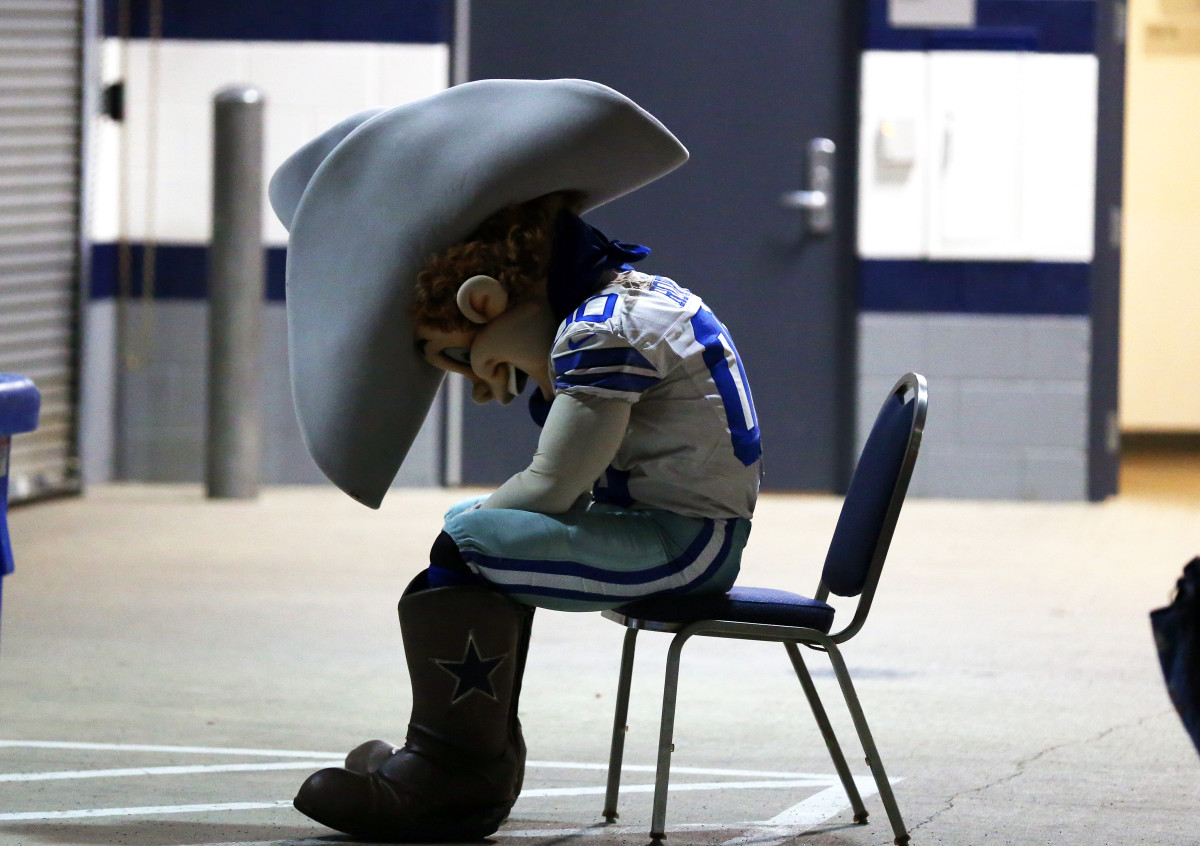 “Look, if you had, one shot or one opportunity
To seize everything you ever wanted in one moment
Would you capture it, or just let it slip?”

– “Lose Yourself” by Eminem

Hopefully the Philadelphia Eagles don’t let their opportunity on Sunday slip through their hands. While it may be a bit too soon in the regular season to call any game a “must-win,” this game is pretty damn close to it. The Eagles will take on their hated rivals, the Dallas Cowboys, tomorrow at 4:25 PM EST on FOX. But why is a Week 2 game so important to the Eagles?

Well considering the Birds fell flat on their faces against the Atlanta Falcons last week on Monday Night Football, they have to redeem themselves this week. The Cowboys are without arguably their best player in wide receiver Dez Bryant. As Eagles’ fans, we know all too well about what Bryant is capable of on the field. Just ask Bradley Fletcher, he’s got some interesting stories to tell you about “BRYANT #88.” That’s what he actually calls him, since he was staring at the back of Bryant’s jersey during the entire Eagles-Cowboys game in December last year after being burned for three touchdowns.

Luckily the Eagles no longer have Fletcher on their roster this season but they still have plenty of issues. Hopefully they can resolve those problems by kickoff tomorrow. Either way, here are three storylines to watch for during tomorrow’s NFC East clash between the Eagles and Cowboys!

Three Storylines to Watch For

1) Can the offense get off to a fast start?

The Eagles didn’t score a single point in the first quarter against the Falcons last week. That just cannot happen again this week against the Cowboys. Hopefully the game being against a division rival as well as the home opener will help the team come out with a little bit more fire. Chip Kelly seemed a bit too gun-shy last week and was scared to take shots down the field. Considering the Cowboys have a shaky secondary, Kelly should let Sam Bradford test his arm with some plays down the field to speedsters such as Josh Huff or Nelson Agholor.

2) Who steps up for the Cowboys at wide receiver?

Just because Dez Bryant will miss Sunday’s game, that doesn’t mean the Eagles will have it easy. Terrance Williams is a legitimate wide receiver, there’s no doubt about it. Williams has 13 receiving touchdowns through 33 career games, that’s not bad for a #2 wide receiver. If the Eagles come out flat, Williams could certainly cause their secondary some problems. Let’s not forget about pesky little Cole Beasley either. Although he looks like Joe Dirt, Beasley can run some damn good routes and could cause problems for the Eagles in the slot on Sunday.

3) DeMarco Murray vs. his former team

Sure, DeMarco Murray is saying all the right things regarding his former team to the media…but we all know damn well he feels a certain type of way about them now. The Cowboys disrespected him this past offseason with their contract offer and that’s ultimately why he ditched them for the Eagles. Now it’s time for Murray to take out his anger on the field and he’ll definitely be running with a bit more fire on Sunday. Let’s just hope the offensive line can get some type of push early in the game so Chip Kelly doesn’t abandon the running game completely like he did last week.

Key Matchup to Watch For

This could ultimately decide Sunday’s game as the Eagles were unable to get any pressure on Falcons quarterback Matt Ryan in Week 1. Going back to last season’s matchups between the Eagles and Cowboys, the team that pressured the quarterback the most won the game, it’s that simple. The Eagles won the first game between the two team last year, 33-10, sacking Romo four times and hitting him five more times (compared to the Cowboys totaling one sack and one quarterback hit).

While the Cowboys won the second game, sacking Mark Sanchez four times and hitting him four more times (compared to the Eagles totaling three sacks and three quarterback hits). It’ll be interesting to see if the Eagles will be able to get any type of pressure on Romo this Sunday, it’s the main ingredient in a recipe for victory.

According to Bovada, the Eagles are the favorites over the Cowboys heading into Sunday’s matchup. The Eagles are actually favored by 5 points, which may surprise some considering their letdown against the Falcons. Once again the Eagles’ game has the highest over/under of any NFL game this week at 55 total points.

If Dez Bryant, Randy Gregory, Orlando Scandrick, Ronald Leary and Greg Hardy were all playing, this would obviously be a much different game. But that being said, the Eagles should and will win this game against their division rivals. I don’t think it’ll be remotely close either, considering the Eagles are likely pissed after their embarrassing performance against the Falcons on national television. I’ll go out on a limb and say the Eagles will drop a “40 burger” on the Cowboys, winning 44-24 as DeMarco Murray runs all over his former team, totaling 100+ rushing yards and two touchdowns.

That’s all for my Eagles vs. Cowboys preview, be sure to check back here at PhillyInfluencer.com for all of the latest news regarding your beloved Birds and everything else happening in Philadelphia!