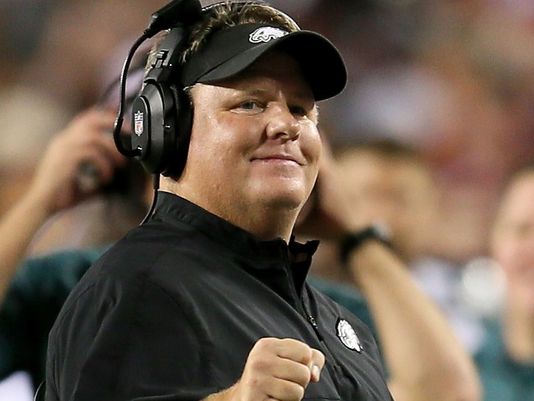 “I think the momentum and signs seem to be piling up against a Chip return to Philadelphia. I think both sides are sick of each other. I think the fans are tired of him. I think he’s tired of the situation there. Just my read from afar. That stadium began emptying early in the 4th quarter [Sunday]. It was an ugly scene. You know, they are still in the thick of the division race, let’s not forget that. If they go to Detroit Thanksgiving Day and win, we’ll have a different conversation next week.

I just think Chip Kelly, if given a choice, might be comfortable elsewhere. And we’ll see how that shakes out. I certainly would include him in my question marks in coaches that we’ll be tracking in January. I think we can say that. I don’t doubt what your friend is saying about Chip Kelly being a goner or however you want to categorize it, whatever he said to you. I think that that bears watching.”